Power Battery is an Android app that aims to give users 60% more battery life out of their smartphones. It does this by giving users information on which apps are consuming the most battery and giving them options to cut these down permanently or to generate a temporary boost in battery life. Then there are also profiles that users can use to extend their battery life depending on what time it is or how much battery life is left, and all parameters can be changed by the users themselves. With the ability to boost charging speed, offer up accurate info about the remaining battery life left and more, Power Battery sure looks to be a fully-feature battery app, and it’s been downloaded over 5 Million times. Let’s take a closer look and see just how good it is, shall we?

First of all, users will need to download Power Battery from the Play Store, for free. When first launched, the app will offer up some information about your battery, like this: 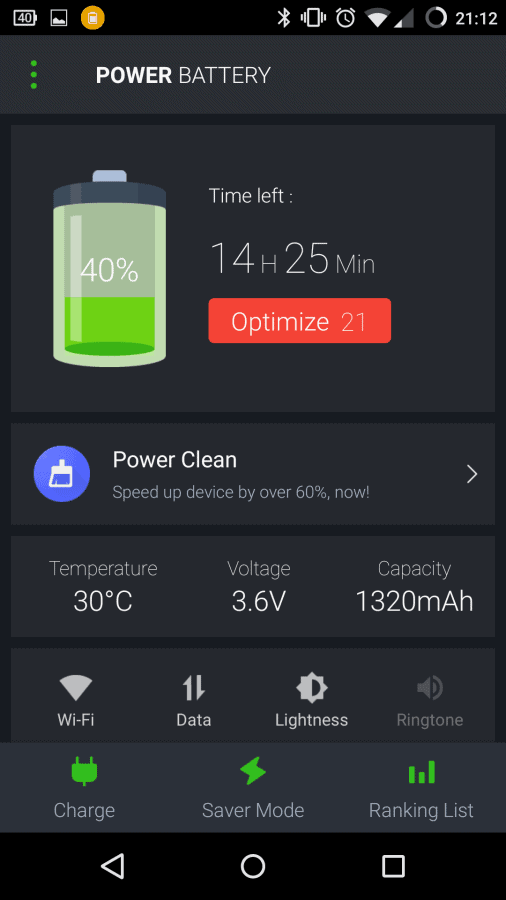 Despite claims of accurate estimates regarding how much battery life your device has, I found that Power Battery and my own OnePlus 2 disagreed on how much time I had left. 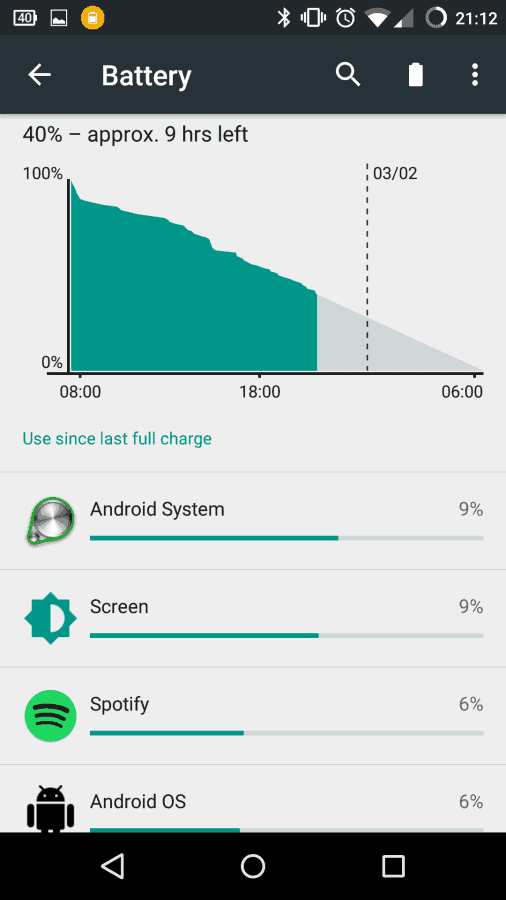 Of course, both of these are just estimates and it depends on how conservative each one is. Back to that main page, there are some toggles for people to turn off or on power-hungry features, as well as some info about the battery itself. 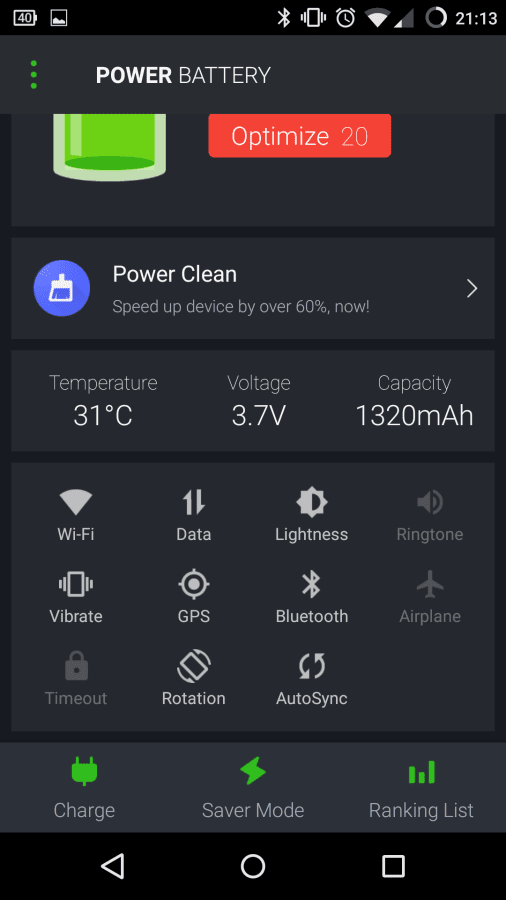 Users can expand the info about their batteries to be given a little more info as well, something I appreciated. 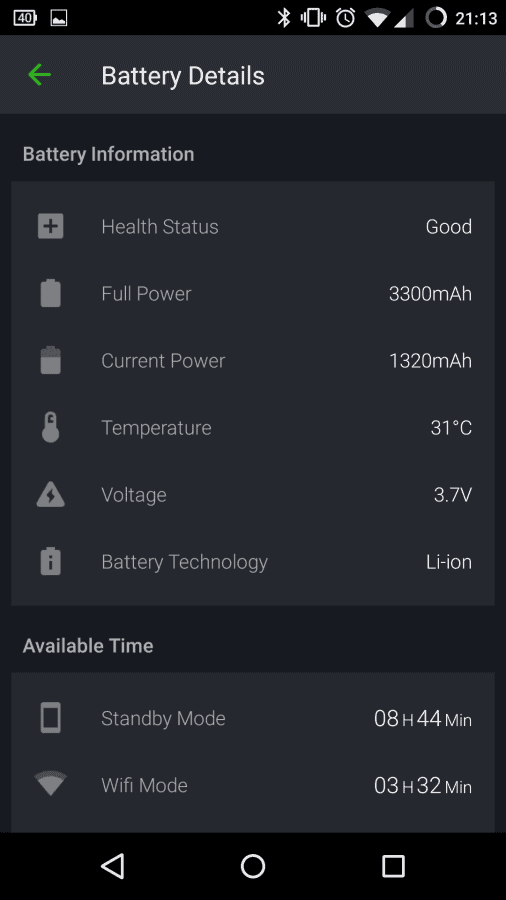 Information is one thing, but we’re here to make the most out of our smartphone’s battery, and to do that users can take a look at the Battery Saver feature inside of Power Battery, which will tell users which apps are draining their batteries. 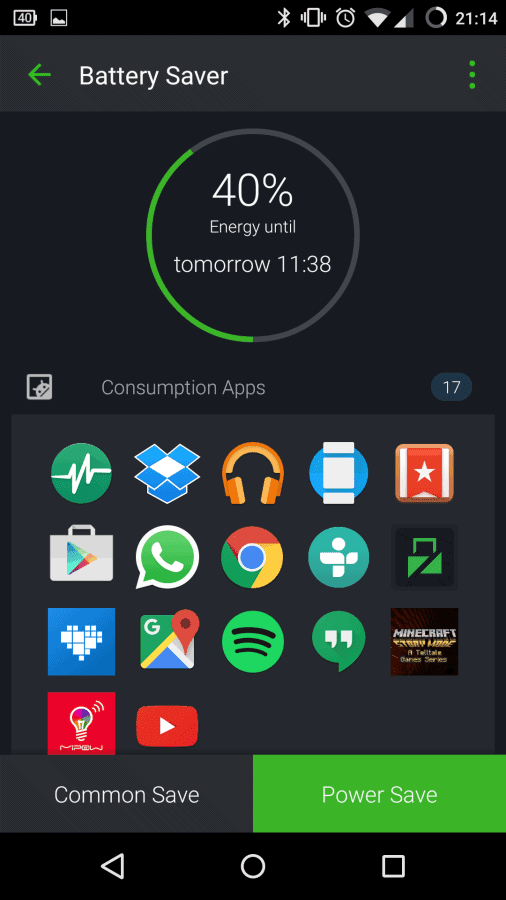 Further down there are some options to turn off Bluetooth and WiFi as well as an explanation about the two different saver modes included in Power Battery. 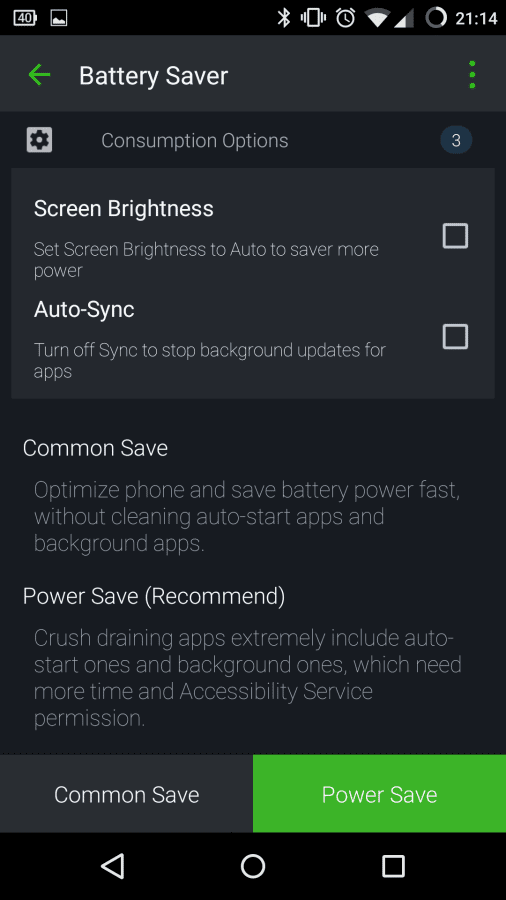 Both of these modes perform similar options, but the difference is essentially one of a quick fix vs a more permanent fix. The Power Save is listed as the recommended option, but to be honest I do not like the idea of having an app mess around with all of my auto-start apps. This could mess around with my smartwatch apps or fitness tracking apps as well as some other apps I rely on throughout the day. Of course, if you really need the absolute most out of your battery, this is a good mode to consider.

For me, a much more sensible approach was the custom profiles that users can create in order to take full control over what Power battery does to running apps and services on their phone. 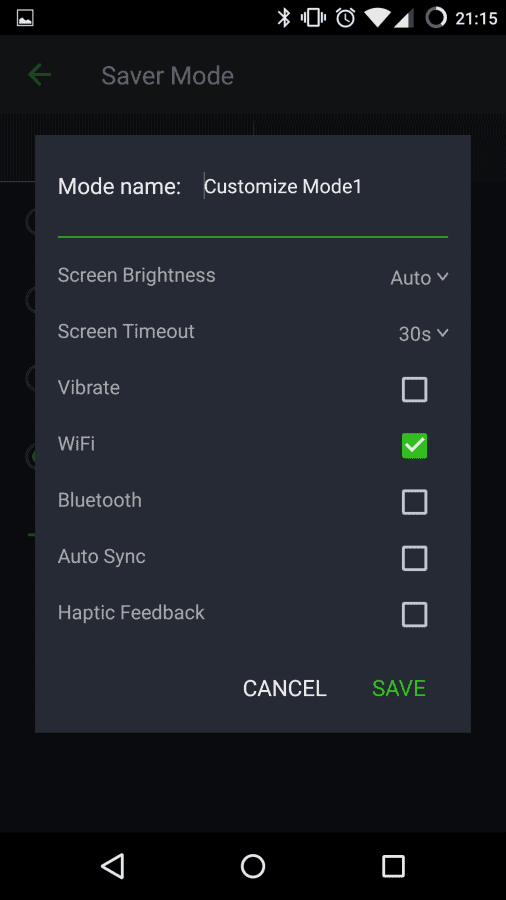 I think these custom profiles are a great feature, as not everyone uses their phone in the same manner, which makes one-tap solutions pretty tricky to get right. I might want to put together a mode when I am out on a night out to make sure my phone has battery to last, so I can turn off Bluetooth, WiFi, Sync and lower the brightness right down to ensure that I get the most out of it. Speaking of out of it, if I’ve had too many – or simply forget – Power Battery has a scheduler that can be setup with the time or how much battery is left in the tank. 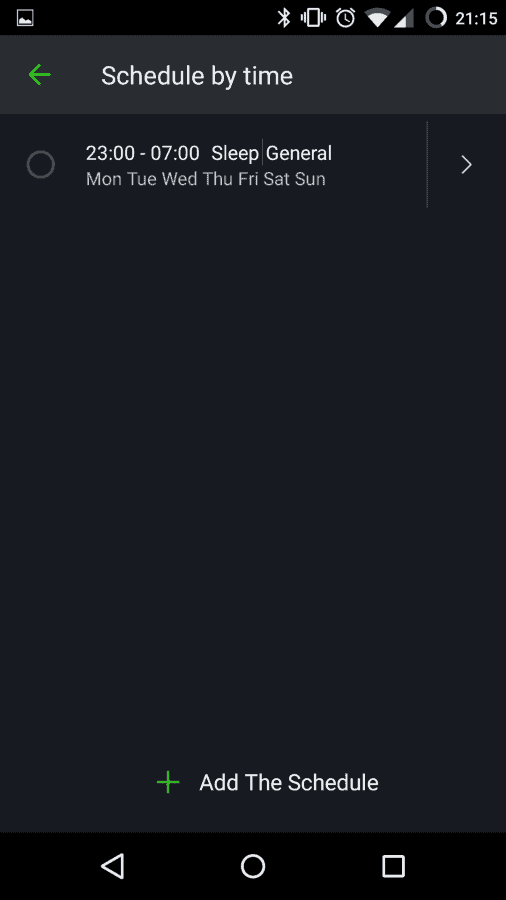 There are a lot of settings that users can tweak with Power Battery as well, including turn on or off the notification. 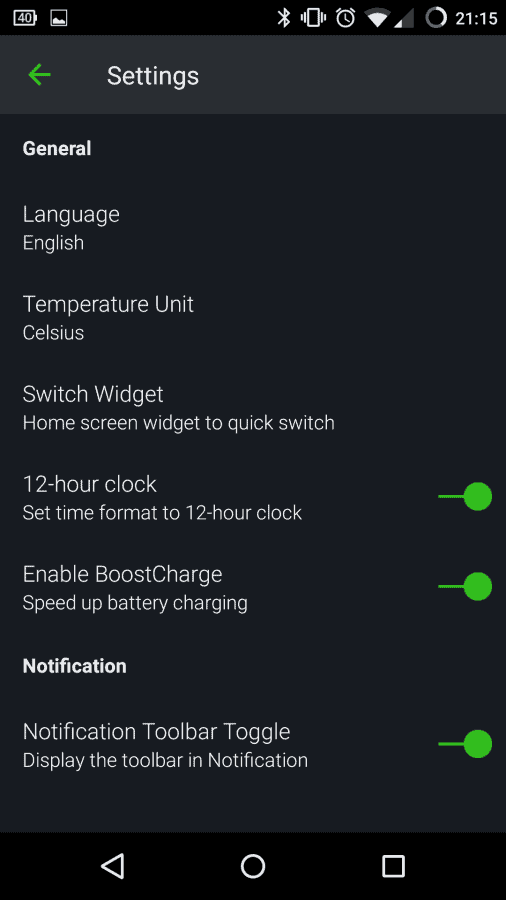 One extra feature of Power Battery had me scratching my head, and that’s the “Health Charge” feature which claims to be able to control how a smartphone charges. 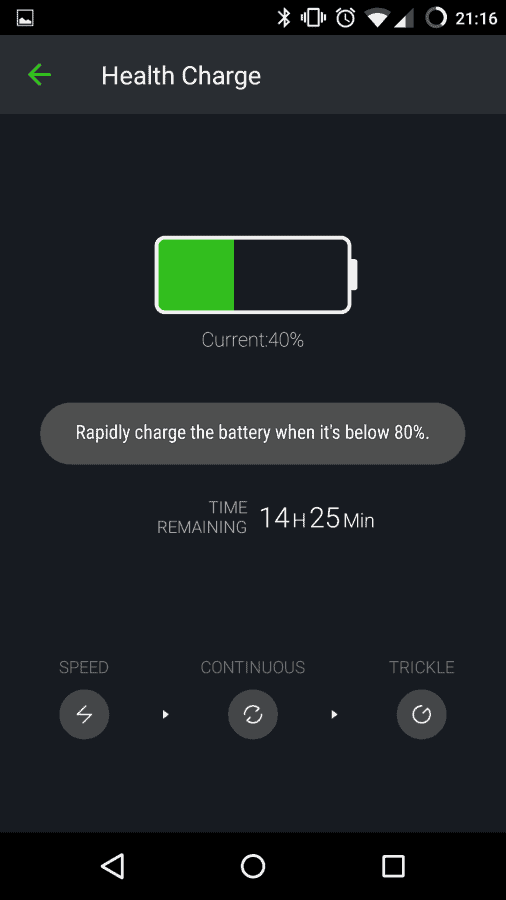 This doesn’t really control how a smartphone charges from power out of the wall, but instead gives users a guideline on how to best charger their device.

There are countless apps available in the Play Store that claim to boost and improve the overall length of your battery on your smartphone, but few of them actually deliver. Power Battery is one of the few that delivers, but for different reasons. I do not see the value in blitzing all auto-start apps and background services just to get a little more battery life, as this would probably mess up the behavior on my device, but the custom profiles and other tweaks are excellent features. Being able to take total control of how your battery will be treated at certain times is a great way of getting more out of your battery, and the app in general is a great way of finding out more about your device and what the battery life is doing. The interface looks good and is easy to use and there’s really not much to complain about here with Power Battery, it just offers users a number of ways to stretch their battery life a little further.

Power Battery has been downloaded over 5 Million times, and this is perhaps as good an indicator as any that this is an app worth your time. It doesn’t claim to do anything magical, but instead offers up sound methods to get more out of a smartphone’s battery, and it does a damn good job of it at that. Easy to use, simple to understand and an app that actually gets the job done, Power Battery is worth taking a look at.