Lockdown Pro is an Android app that wants to give users control over their apps and images on their device, keeping them away from prying eyes and curious children. Lockdown Pro has been featured by XDA in the past, and we've reviewed it here before as well. It's back again with better support for Android 6.0 Marshmallow including fingerprint support, some UI tweaks and added features. App lockers have become fairly common in the Play Store these days, but if you want an app locker that just does what it promises to do, then Lockdown Pro looks like the app for you. To find out if that's case, keep on reading.

Just like other Android apps, users can download Lockdown Pro for free from the Play Store, and once they launch the app it'll give them pointers on what it has to offer. 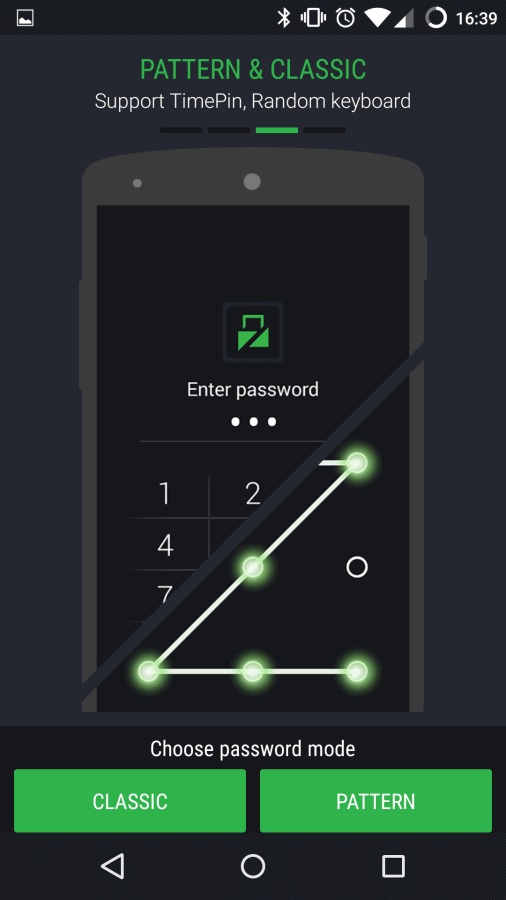 User will need to choose either a classic or pattern unlock method, which will be used to authenticate any changes to which apps are locked as well as unlock those apps have been locked away. I went for a simple PIN method, to speed things up, as I'm familiar with pins. 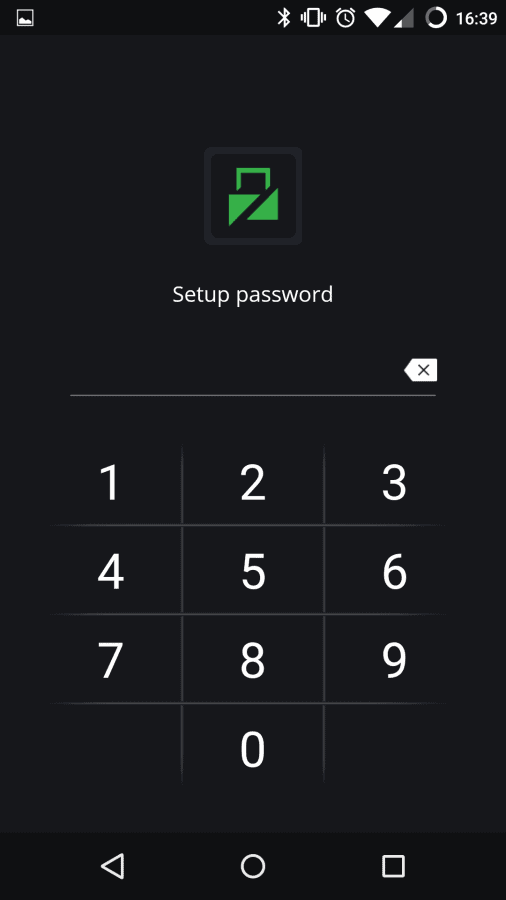 Should users wish to use the pattern unlock however, complicated combinations are open to them. 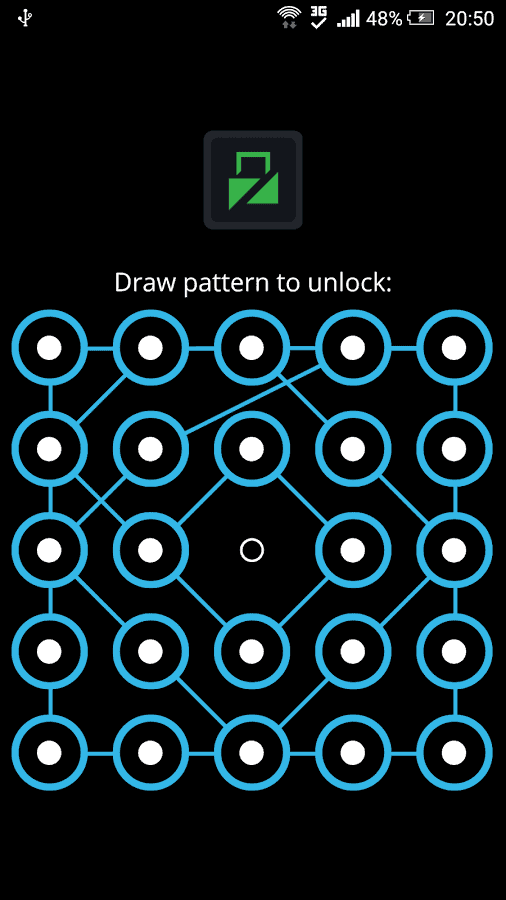 Choosing which apps to lock is as simple as flipping the switch next to an app in the listing. For this example, I've chosen a game, something that parents might want to lock behind a code to prevent little ones spending too much time in front of a screen. 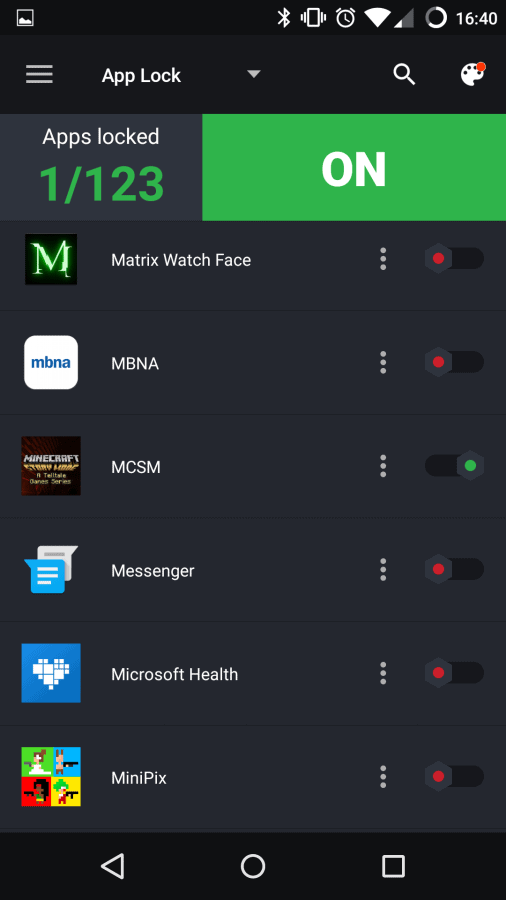 Using Minecraft Story Mode as an example, I tried out the new Fake Cover feature, which simulates a simple crash screen when someone tries to open up this app. 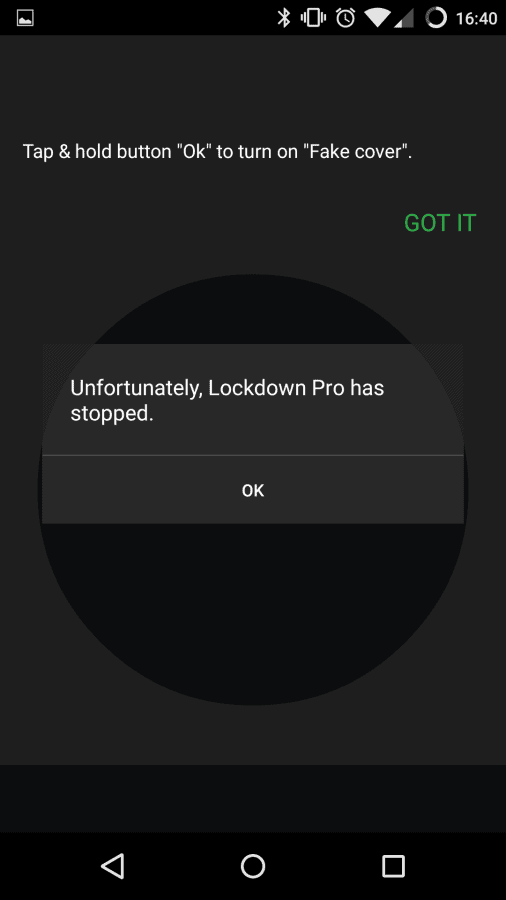 So, let's put app locking to the test, shall we? Here's Minecraft, sitting pretty for a little one to load up and carry on from where they left off: 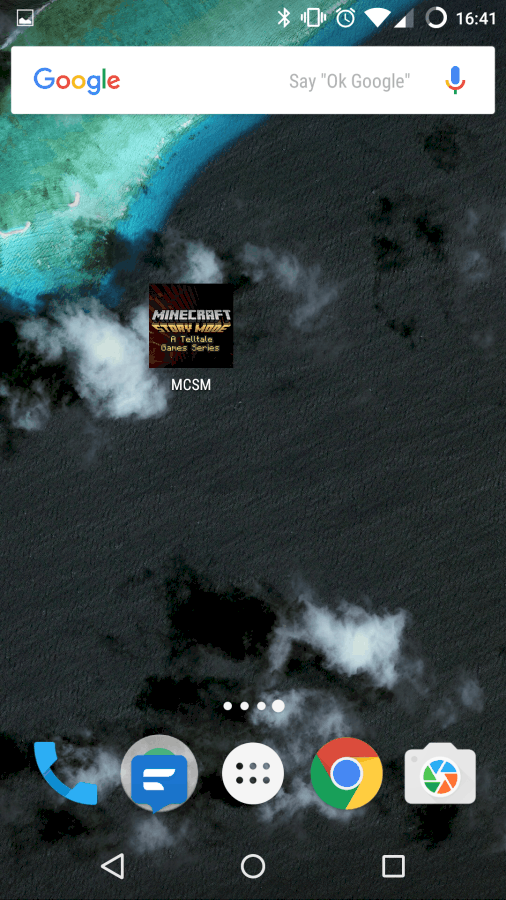 Opening the app resulted in the fake crash dialog shown above, followed by it asking for my pin code. 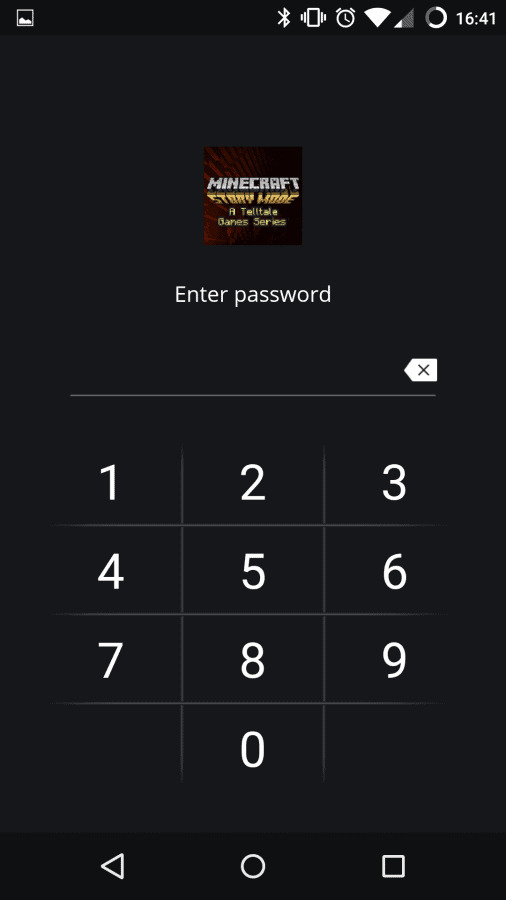 If you notice, the Minecraft icon is still shown here, which is a very nice touch I feel. This is a simple app locking procedure, and it blends in really well with Android. Thanks to the Material Design of Lockdown Pro, the app feels at home on modern Android smartphones, but also has its own identity. Now that the app is compatible with Android 6.0 Marshmallow, devices with a fingerprint sensor can take advantage of added security. This also works for Samsung devices.

Locking away apps is just one thing that Lockdown Pro can do, it can also be used to lock away certain pictures in the Private Gallery. Selecting these images is nice and easy. I might want to lock away pictures of alcohol, for instance. 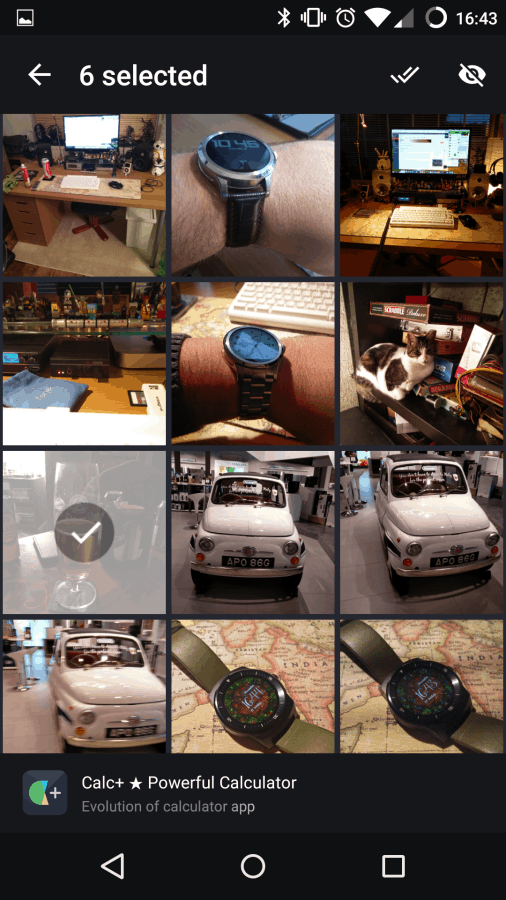 Any pictures that you've chosen to lock away will appear inside of the Private Gallery, and won't be available to see in the standard gallery apps on your smartphone. 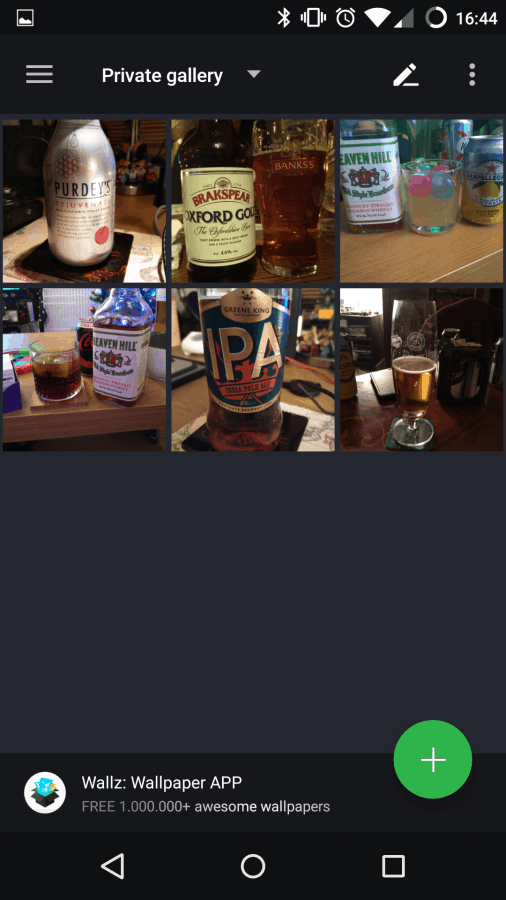 A new feature in the new version of Lockdown Pro takes things to a whole new level in terms of app locking and such. The new version allows for smart locking, using either Bluetooth devices or WiFi networks. I feel the Bluetooth lock is a little more useful, as I could make sure that Settings, SMS apps, the Phone app, other personal info and so on is locked using Bluetooth. 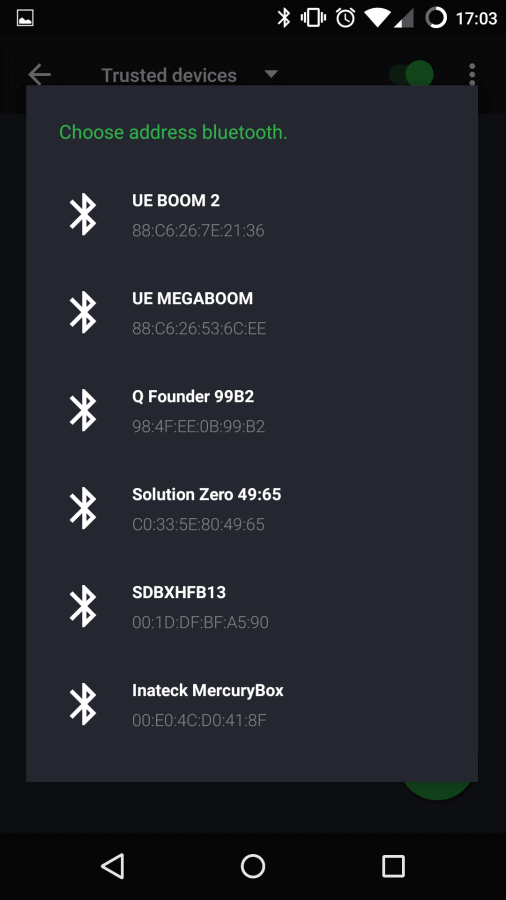 You just need to choose a device from the list, I'm going to choose my fitness tracker (dubbed Solution Zero) which I have on my person pretty much 24/7. 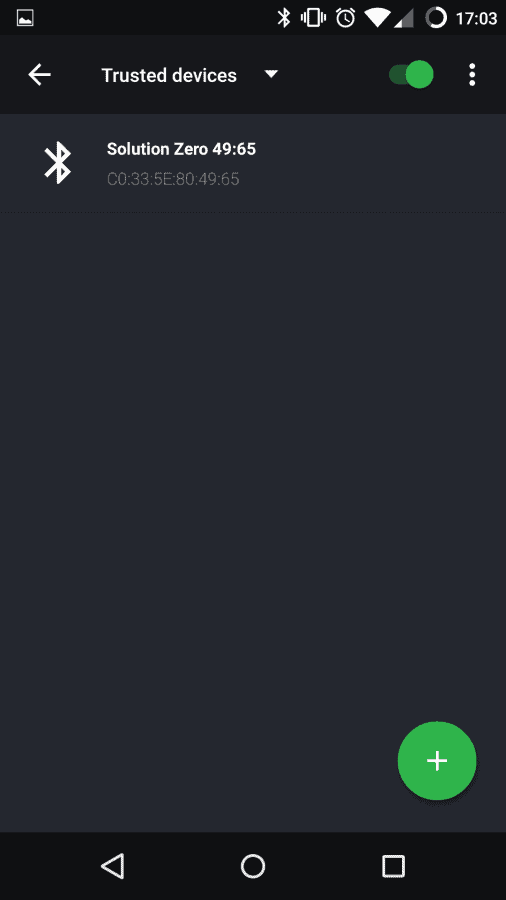 This would allow me to secure all the apps I want behind my fitness tracker, so to speak, so that if someone steals my phone, they won't be able to get access to any of my apps because it's no longer connected to my phone.

Lockdown Pro has been around for some time now, and its latest update adds some valuable additions. The new Marshmallow support allows people to use fingerprints better, as well as already-existing Samsung devices. The smart lock feature is a great addition here, as it opens a new way of using the app for someone like myself. I don't have kids and I don't find a need to share my phone around, but registering to my fitness tracker allows me to protect all system apps against theft. Meanwhile, parents can lock away certain photos and keep some apps out of reach behind simple fake crash dialogs and by removing images from the main galleries. There's a lot of value here, and instead of trying to do too much, Lockdown Pro just delivers on its main promises, which is something we wish we could say about a lot of other apps.

Overall, Lockdown Pro is still one of the more reliable and easy to use app lockers out there. It doesn't overpromise at all, and it just gets the job done. It's easy to use, with some added benefits for Marshmallow users. The private gallery feature is well-implemented and there's little to get in the way of the simple task of keeping apps under lock and key. A simple and easy to use app with a lot of value, this is one of the better app locking apps out there today.