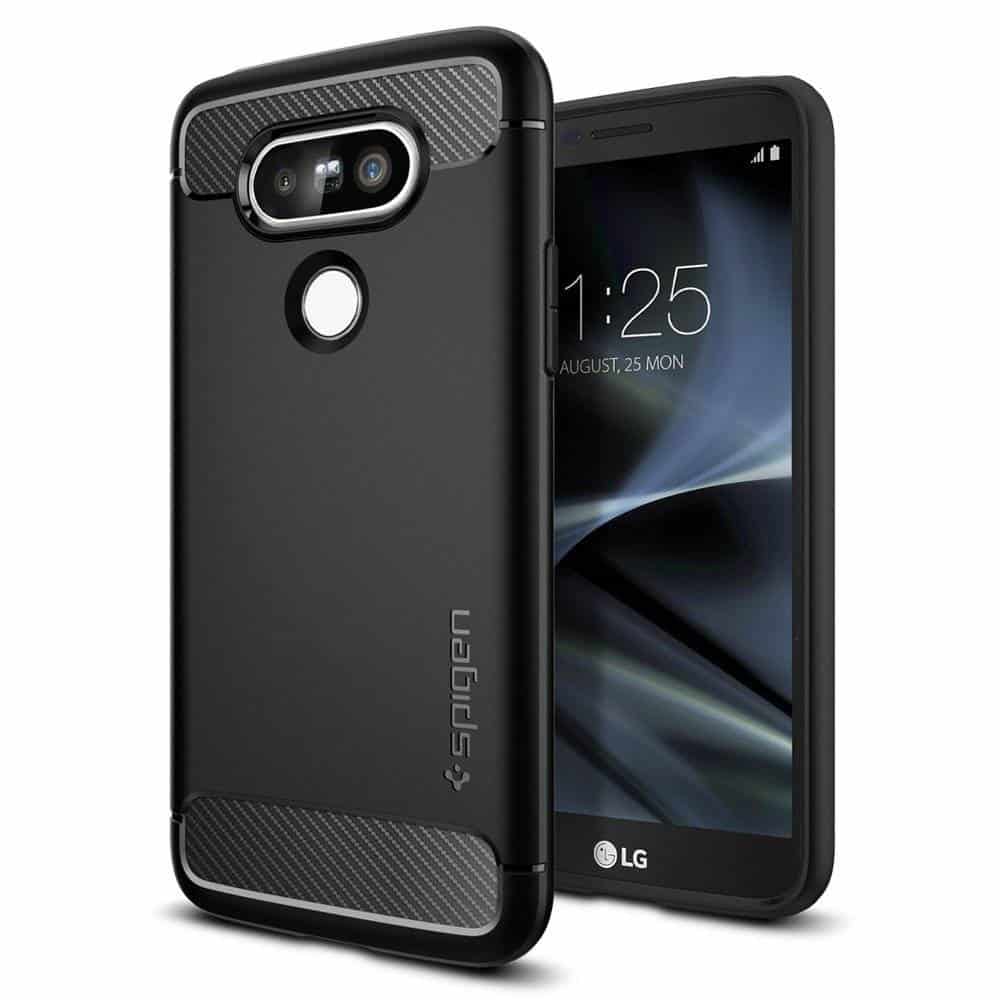 LG G5 is one of the most anticipated smartphones this year. This smartphone will be introduced during the Mobile World Congress in Barcelona later this month, coincidentally on the same day Samsung plans to introduce their Galaxy S7 and Galaxy S7 Edge handsets. The devices will be announced on February 21st, and we'll be present at the show in order to report back to you on what's going on, of course.

That being said, the LG G5 has been leaking out for quite some time now. We've seen a couple of leaked images, specification rumors, and quite a few leaked cases of the device. Speaking of which, a new case leak has surfaced recently, and this time around we're looking at Spigen's LG G5 case which surfaced on Amazon. If you take a look at the provided image, you'll get to see the Rugged Armor case for the LG G5 which is listed by the company on Amazon as we speak. The case looks quite nice in the attached render, and Spigen's logo is placed on its back. The cutouts more or less confirm the info we've reported on before, it seems like the G5 will sport two rear-facing cameras, and a rear-facing fingerprint scanner / lock key. This case features some glossy accents and carbon fiber textures, while it also sports 'Air Cushion Technology' for shock absorption, says Spigen.

As you might notice on this case, LG seems to be ready to move the volume rocker buttons from the phone's back, to its left side, which seems odd, but various rumors and leaks reported the same thing. Some users might be disappointed that LG opted to do this after three generations of handsets which sported rear-facing keys which let the company trim down the side bezels to the fullest. Anyhow, the LG G5 is expected to ship with a 5.5-5.7" QHD (2560 x 1440) display, 4GB of RAM and various internal storage variants. The phone will, reportedly, going to be made out of metal, and as already mentioned, two cameras will be placed on its back. Android 6.0 Marshmallow will come pre-installed here, and on top of it, you'll be able to find LG's very own custom UI. That is pretty much everything we (think) know thus far, we'll report back if anything else pops up before LG introduces their new flagship.