Considering the amount of photos that are shared on Twitter and Instagram every single second it's no wonder that the camera inside of our smartphones have become a key selling point. Beyond just a gimmick, the features and capability of the camera inside a smartphone is a key thing that users often weigh up when choosing a new device, and Samsung has become known for their excellent cameras. Unlike LG, HTC and Motorola, Samsung is one of the few manufacturers out there that create their own camera hardware. Producing their own lenses and sensors gives them ever-closer integration with the software and allows them to do all manner of things to get the absolute best image possible.

Where the Galaxy S7 and Galaxy S7 Edge are concerned, as they share the same camera, Samsung seem to have done it again. On stage during the announcement, Samsung made some bold, bold claims about their camera, and if we take a closer look at the hardware it looks like they'll be able to back them up. Using a 12.2-megapixel sensor instead of a 16-megapixel sensor has allowed Samsung to produce sharper images with a more natural look and feel to them. Those worried about the loss of resolution, shouldn't be, as a 4K Ultra HD image is only 8.3-megapixels in resolution, so the Galaxy S7 will be able to do everything last year's device did, and then some. The larger Dual Pixel sensor will enable the Galaxy S7 to record better images, even if those images aren't quite so large in terms of resolution. 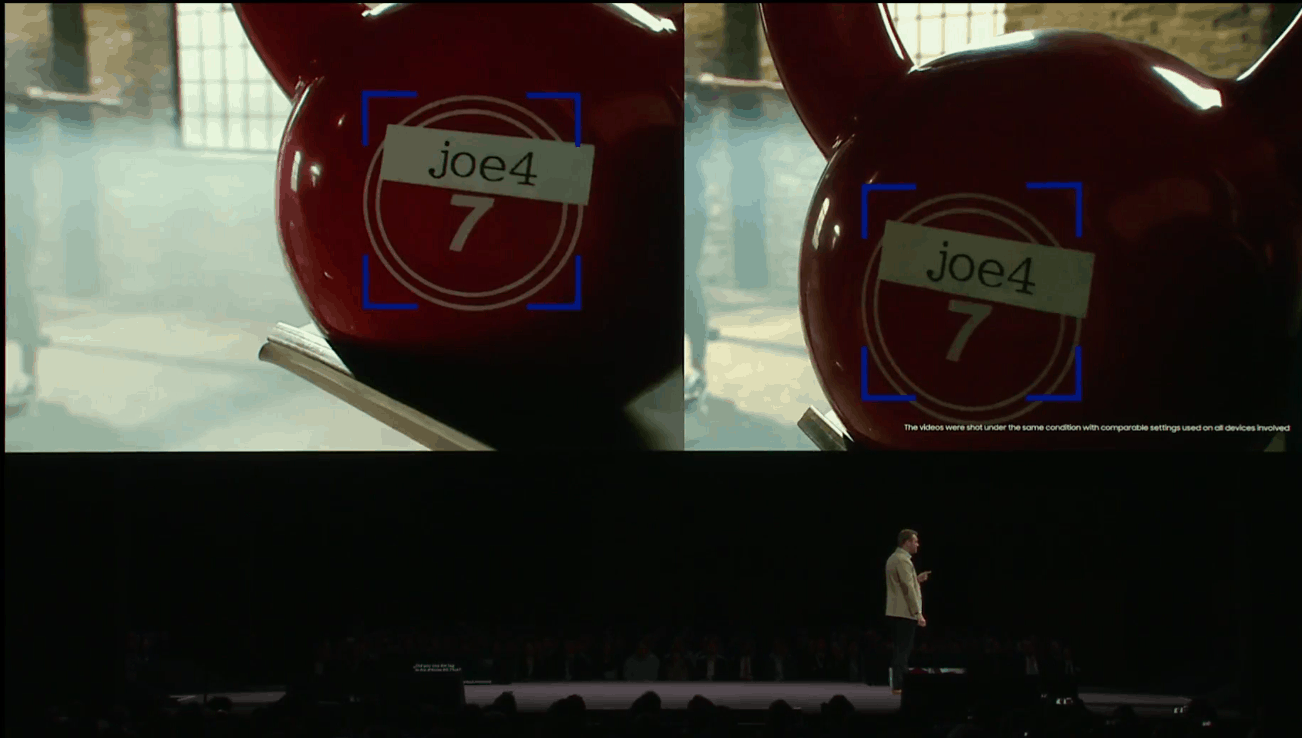 This larger sensor will allow Samsung's latest flagship devices to take much better detailed images, but as the new hardware uses 100% of its pixels to focus with, it's also quicker than the majority of cameras out there to focus and capture an image. The fast, f/1.7 aperture lens allows for quick focusing as well as much more light to hit the sensor, which makes for much better images in low-light situations. Joining the wider-aperture is optical image stabilization, which takes away the worry of needing to stay absolutely still when taking an image.

New software features include Motion Panorama, Motion Photo and HyperLapse. The Motion Panorama allows people to take a video of sorts and then scroll through the image to get a glimpse of a few moments in time and move through it. HyperLapse is a similar feature, and allows users to capture long periods of time and play them back in a few moments. We'll have more on what the Galaxy S7 and Galaxy S7 Edge camera can do once we got one in our hands.