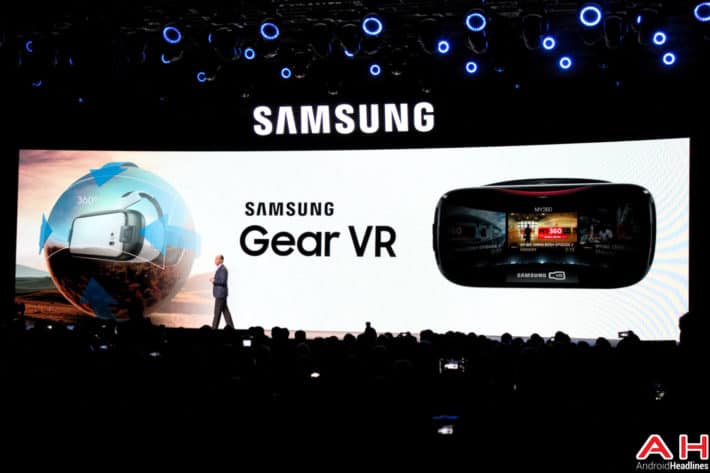 The Samsung Galaxy S7 has been available for pre-order in the United States for a couple of days already, and in order to keep the interest of consumers going, Samsung Mobile USA has decided to release a new promo video for the device, in which it promotes the aforementioned smartphone as a unique "Virtual Reality Machine". Oddly enough, however, the video lasts for 30 seconds and highlights some of the flagship's characteristics that aren't necessarily related to VR.

Samsung's latest video promotes the Galaxy S7 as "the only" virtual reality machine boasting water resistance, expandable memory, fast wireless charging, and a low light camera. Indeed, these are all characteristics that you will find on the Samsung Galaxy S7, and not on the Samsung Gear VR headpiece, which makes the whole virtual reality concept happen in the first place, and is normally purchased separately. On the other hand, the video does make a certain amount of sense considering the fact that Samsung offers a free Gear VR to anyone willing to pre-purchase the Galaxy S7 before March 18th, as long as they reside in the US or Puerto Rico and are at least 18 years of age.

The Samsung Gear VR headset is compatible with both the Samsung Galaxy S7 and the larger Galaxy S7 Edge, and the "free Gear VR" bundle is available for both models. The Galaxy S7 costs up to $699, and the Samsung Galaxy S7 Edge can set customers back anywhere between $749 and $799 off-contract. The Samsung Gear VR headset is priced at $99, but once again, US-based customers willing to pre-order either one of the two new flagships will get the VR headpiece for free. So in other words and at least in Samsung's vision judging by the latest promotional video, this brings the company's virtual reality machine's price to about $649-$699 at the lowest. In contrast, the HTC Vive will hit the market in early April for $799, whereas the Oculus Rift is available for pre-order at the price of $599. Of course, comparing the Samsung Gear VR with either the HTC Vive or the Oculus Rift is like comparing apples and oranges. The Gear VR is a mobile headset which relies on the smartphone's hardware to create virtual reality environments, whereas the HTC Vive and Oculus Rift are considered premium headsets aimed primarily at PC users who already own a fairly powerful machine with a top-tier GPU, among other things.