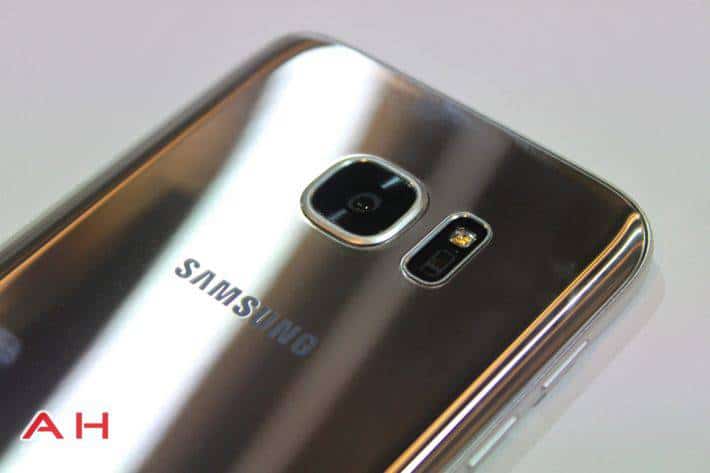 Samsung announced the Galaxy S7 today in Barcelona, but they also announced a new partnership with Glympse. If you haven't heard of Glympse before, they are an "industry leader for real-time location sharing" and that's what they are bringing to the Galaxy S7. Allowing you to quickly and easily share your location while you are driving with your contacts. The integration means that Galaxy S7 users will be able to share their location without being distracted while they're driving, always a good thing these days.

According to Glympse's press release, with the Galaxy S7 users will be able to share location from several apps including the Car Mode and My Places Widget. In Car Mode, all users will need to do is open their contact list, select a recipient then set the timer and hit send, of course you can also say "send" to then send your location to that person. What's important about this is that the recipient does not need Glympse to view the link that you sent them. They will receive a link which will then open in the browser, which will work on both mobile and desktop web browsers. Allowing them to find the user and see where they are going in real-time.

With the My Places Widget, Galaxy S7 owners will be able to save favorite contacts for Glympse, allowing users to share their real-time location at the touch of a button. Maybe not as easy and distraction-free as it should be, but then again how often are you going to be sharing your real-time location with other users? A few good examples, however, is when your wife calls or texts and asks where are you, you can simply send her your location with Glympse. She'll also be able to temporarily see where you are headed.

"Our lives are inherently mobile; with Glympse's proven location technology, Samsung Galaxy S7 users now have the power to share where they are directly from their vehicle, all hands-free," said Bryan Trussel, co-founder and CEO of Glympse.

For those that haven't heard of Glympse before, they are an industry leader for providing real-time location sharing. They already work with a number of Fortune 500 companies. Some of which include BlackBerry, GM, Gogo, Google, Mercedes, Pebble, Verizon, Vodafone and Volvo. With this new partnership they can add Samsung to that list of Fortune 500 companies that they work with.