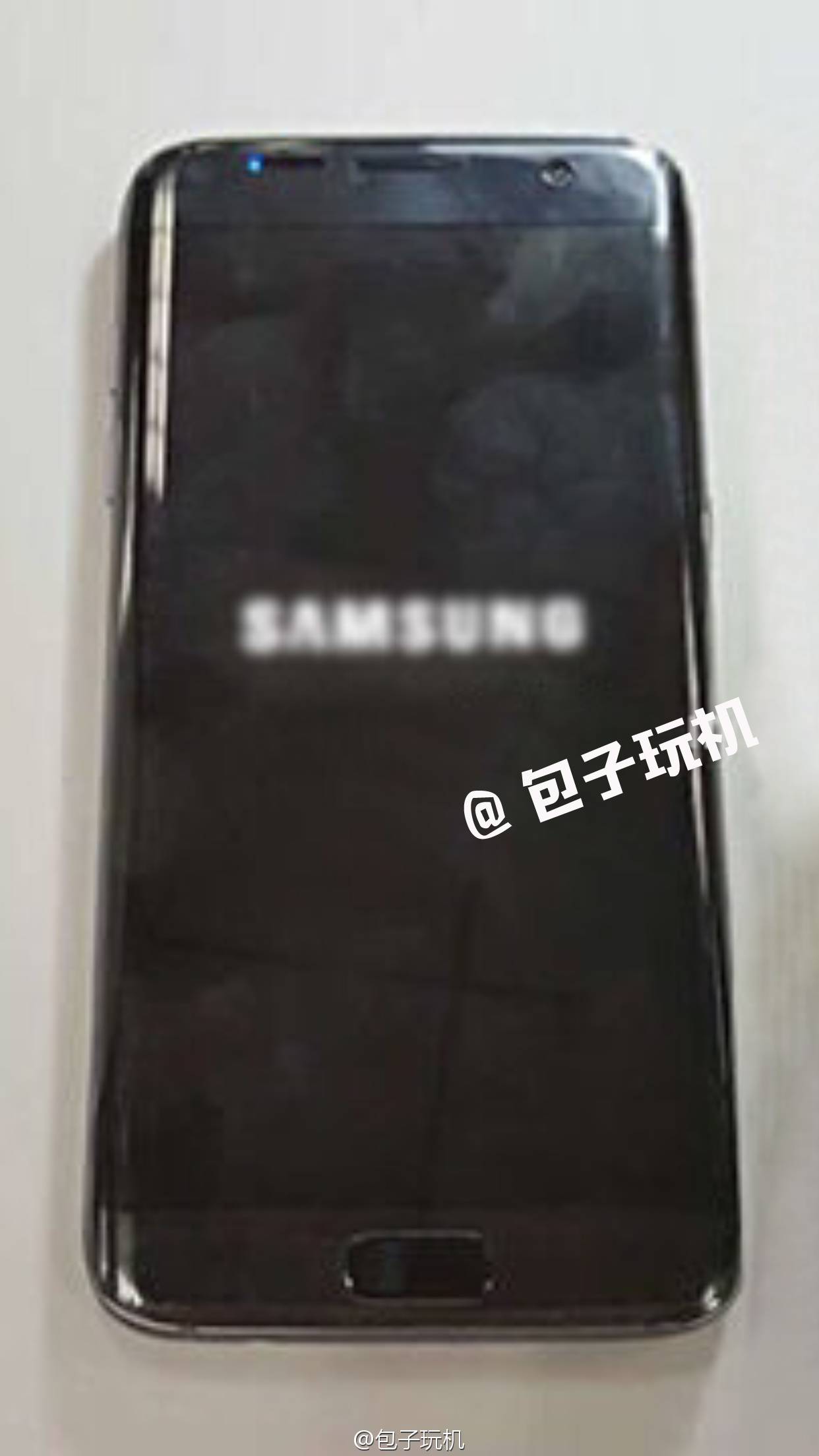 Samsung Galaxy S7 and S7 Edge have been leaking for quite some time now. The two devices have surfaced plenty of times thus far, and some of those leaks actually contained official renders, or at least renders that do seem official. The Galaxy S7 and S7 Edge will resemble its predecessors quite a bit, though the Galaxy Note 5 design is quite visible in the mix as well. That being said, a new leak actually surfaced quite recently, and these images show us the Galaxy S7 Edge, this time we're not looking at renders, but real life images of this device, read on.

The device showcased here actually goes hand-in-hand with the previous leaks we've seen, and it seems like we basically know everything there is to know about Galaxy S7 and S7 Edge's design at this point. These images are a bit blurry, but they're clear enough for us to get a good look at the phone. The device showcased here is Black, and as you can see the company's trademark physical home button is back once again. Now, as far as specs go, rumors say that the Galaxy S7 will ship with a 5.2-inch QHD Super AMOLED panel, while the S7 Edge is expected to ship with a 5.5-inch QHD Super AMOLED display. Both of these phones will ship with 4GB of RAM on the inside, and Samsung will, as always, make sure there are a number of internal storage variants available to consumers. The two phones will be made out of metal and glass, and on the back you can expect to see a 12.2-megapixel BRITECELL camera, at least according to rumors. The Galaxy S7 and S7 Edge devices will ship with Android 6.0 Marshmallow out of the box, and on top of it, you'll find Samsung's TouchWiz UI, as always.

The Galaxy S7 devices will be introduced on February 21st at Samsung's Unpacked event in Barcelona. Interesting enough, LG will showcase their G5 flagship on that day as well, so we're in for an interesting Sunday it seems. That's pretty much it, the Galaxy S7 & S7 Edge rumors and leaks just keep on coming. If anything else pops up before the announcement, we'll make sure to let you know, stay tuned.