Samsung hasn’t been particularly fast when it comes to updating its devices to the most recent version of the Android operating system called Android 6.0 Marshmallow. Some users were able to install the beta version of the new software, so some of the changes that the company made could be seen in pictures. The Galaxy S6 and Galaxy S6 Edge were the first ones to get updated to Marshmallow officially, but that happened earlier this month. Samsung also started rolling out the Marshmallow update for the Galaxy Note 5 last week, at least in some regions. Now, the Galaxy S6 Edge+ has started receiving Marshmallow as well, so now, all of the flagships that Samsung introduced last year have started receiving such update.

It has been reported that the update for the Galaxy S6 Edge+ has started to roll out in South Korea, Samsung’s home country. Actually, it’s the carrier SK Telecom that is releasing the update, so other carriers from that country might see it quite soon, as well. The firmware version G928SKSU2BPAG, which belongs to the Marshmallow update is quite heavy, as it weighs over 1 GB. It can be downloaded from Samsung’s Smart Switch App from the desktop, although it should possibly be available to install OTA, as well. If you want to check if the update is already available, head over to Settings, into the About Phone section and tap Software Update. Some of the changes included in this software version include Doze mode to improve battery life, a new app permission system, Google Now On Tap for contextual information of whatever is displayed on screen and a few changes on how the UI looks. Let’s remember that Samsung also added a new browser and Cross App functionality.

The new Galaxy S7 Edge is also running Android Marshmallow and it got some new features like the Edge Panels. It is said that this feature will eventually be available for older handsets although it probably isn’t included in this firmware build. Let’s remember that software updates are rolled out in stages, but when the software gets released officially, other regions might start receiving it soon. 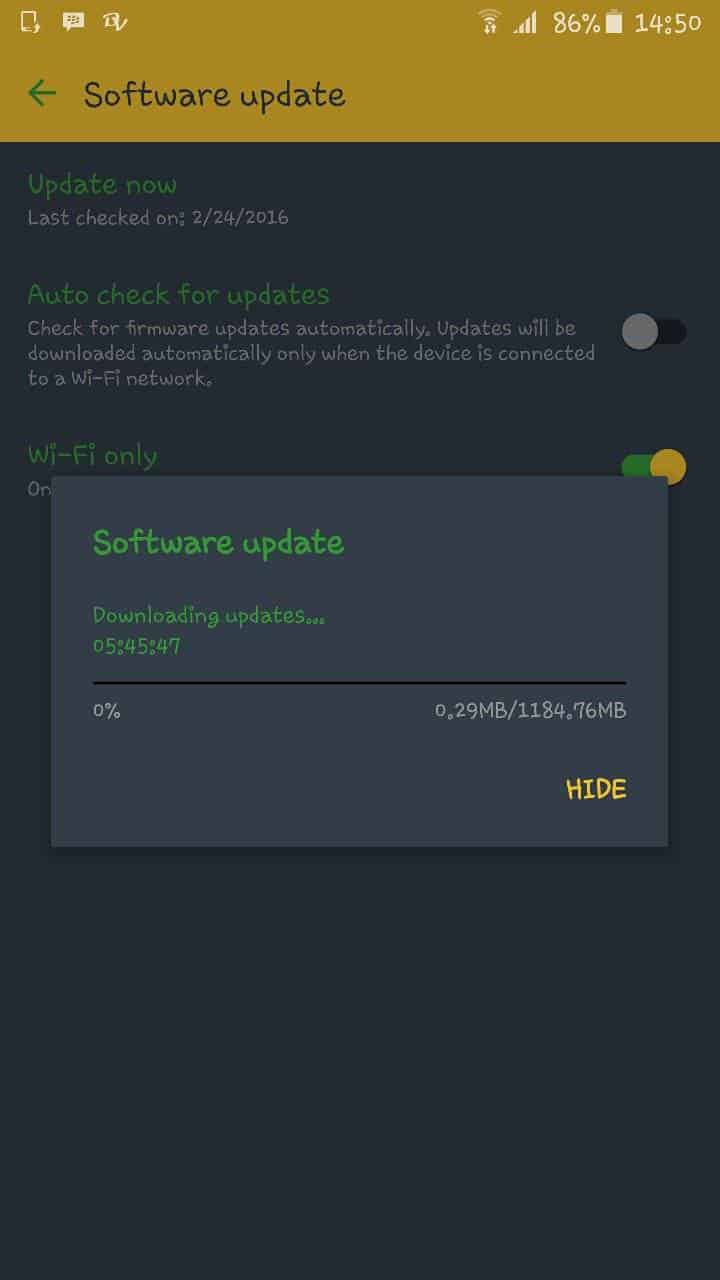