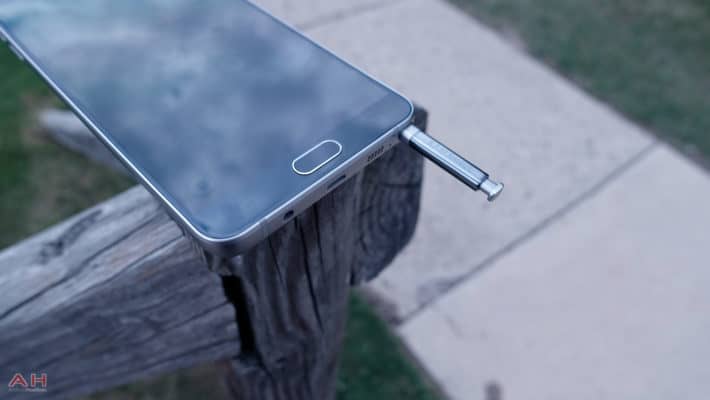 The ‘Galaxy Note’ phablet series of devices is one of Samsung’s most popular lines of devices. The Galaxy Note 5 handset is the latest ‘Note’ devices Samsung has released, and it was announced back in August last year. Now, the previous ‘Note’ devices were released in a number of regions all at once, but last year Samsung decided to exclude Europe for some reason, the company has released the Galaxy S6 Edge+ in Europe, but not the Galaxy Note 5. This was a rather odd move by Samsung, and the company managed to annoy quite a few people who were planning to purchase this phablet.

Up until now, we’ve seen tons of rumors and report why that might be, and now we finally have an official confirmation, read on. TechRadar held an interview with Samsung’s European Vice President of Brand and Marketing, Rory O’Neill, who decided to shed some light on the matter. Mr. O’Neill basically said that the company didn’t launch the Note 5 in Europe because the consumers over there tend to lean towards entertainment, and not productivity. It turns out that’s the reason why they opted to launch the Galaxy S6 Edge+ instead. These were his exact words: “If you look at the large screen form factor in Europe it’s fundamentally different as in the US and it’s fundamentally different to China. We studied that the user patterns for large-screen devices in Europe were much more entertainment-centric, viewing-centric, than while the Note proposition is really good, is more on the productivity side and personal organisation side”.

I’m sure that every single one of you has an opinion on this, as you should, considering Samsung’s decision is questionable at the very least. On the bright side, however, it seems like the company does have plans to release the Galaxy Note 6 in Europe once it launches. The launch of Samsung’s next-gen phablet is still months away, but we’ve already seen rumors that the device will be released in Europe as well, which was to be expected considering the backlash that followed Samsung’s move last year. As already mentioned, the Galaxy Note 6 announcement is still months away, but that’s not the case with the Galaxy S7 and S7 Edge. These two smartphones will be introduced on February 21st, and we’ll be in Barcelona in order to see it unfold, so stay tuned for that.