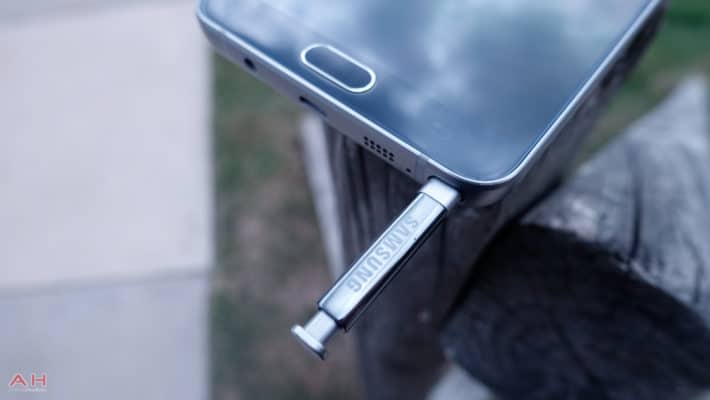 Back then, one of the big talking points of the joint Galaxy S6 Edge+ and Note 5 launch was that it was somewhat of a market-dividing aspect. If you lived in select regions you ended up with the Galaxy Note 5, while if you lived in other regions like Europe, your choice was resigned to the Galaxy S6 Edge+. A choice which did not prove to be a popular one. Well a report emerging today from TechRadar states that is not going to be the case for 2016.

The report which credits a "source high up at one of the UK's major networks" states that Samsung will not repeat their actions from 2015 and instead the Galaxy Note 6 will see a release in the UK from launch. The reason given for this change of heart from last year is what was defined by the source as a "backlash from loyal Note fans". The report does not go into further detail as to whether a Galaxy S7 Edge+ will be released as well, and instead seems to just focus on the fact that the Note 5 will be available in the UK in replace of the S7 Edge+. So it is possible that Samsung still could release a Galaxy S7 Edge+ as well, although, this does seem to be quickly becoming an increasingly unlikely scenario. The common consensus is that the Galaxy S7 Edge which will be announced along with the Galaxy S7 this month at MWC, is a larger device to begin with. So it stands to reason that an even larger device is unlikely to be unveiled at all. Although, with Samsung, you just never know.