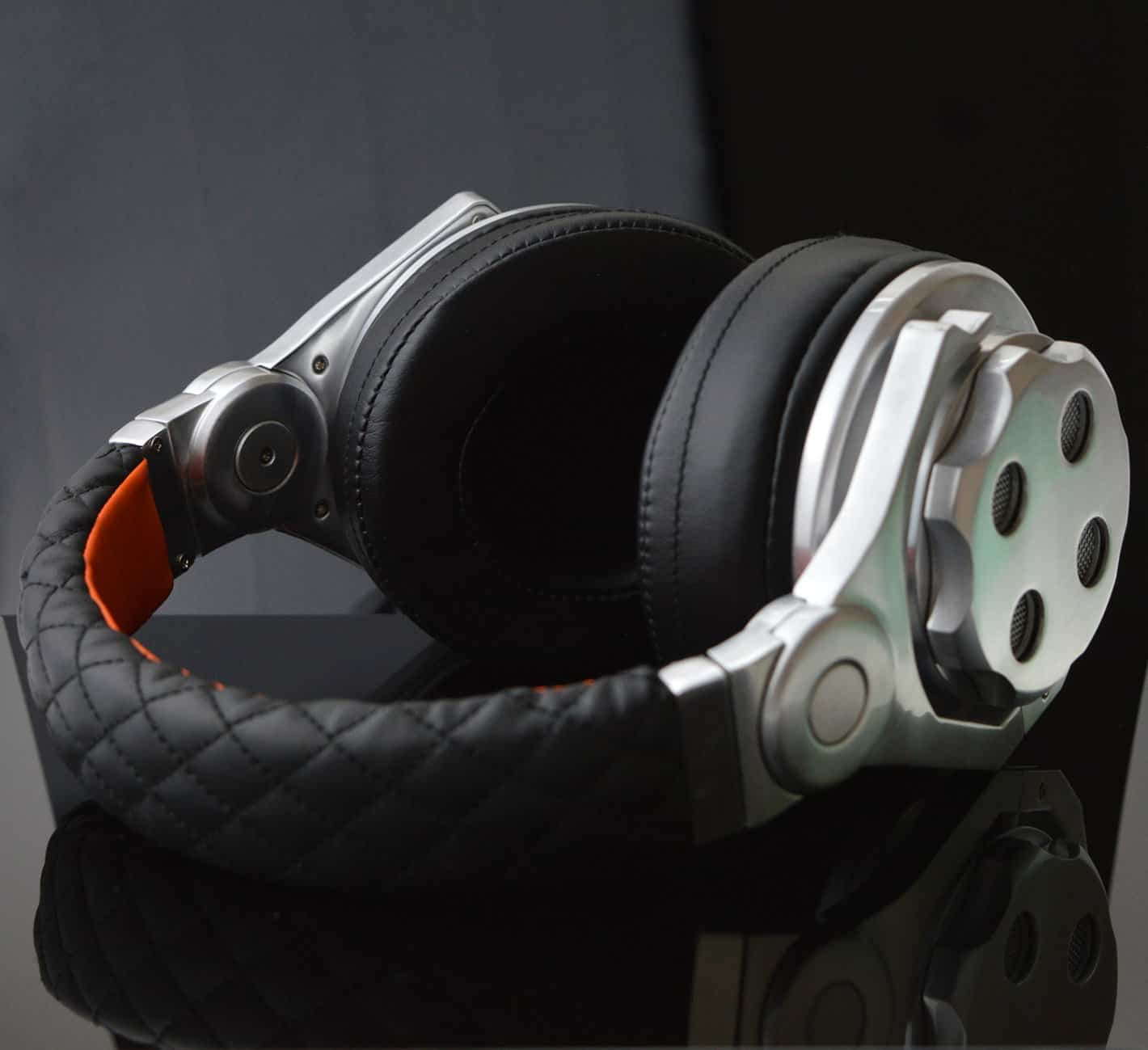 Rock Jaw Audio is a British firm that's been selling low-cost earphones that punch above their weight for some years now, but today they're introducing one of their first over-ear, full-size set of headphones with the Sentio. We've reviewed a number of Rock Jaw products in the past, including the popular Alfa Genus 2 as well as the Kommand in-ear monitors. The Sentio is a different product altogether, and the British firm is launching the new headphone on Kickstarter, with some big savings available to those that wish to back the product before it becomes available this Fall.

The Sentio is an over-ear headphone that features not just one driver but two drivers, a 50mm dynamic driver and a smaller 30mm driver, this is to ensure a good mix of lows as well as highs, rather than asking one driver to cover the whole spectrum. What sets the Sentio apart from the rest however, is that it can pull double-duty as either a closed-back headphone or an open-back headphone. The latter is often what those interested in the best sound tend to go after, and brands like Grado, AKG and Sennheiser have become known for their open-back offerings. An open-back headphone allows sound to leak out, as well as then come back in to the headphone giving an airy and expansive feel to your music, but this of course makes them impractical for use in quiet environments as well as on the daily commute to and from work, so the Sentio offers a closed-back solution for these use cases as well. As a closed-back headphone, the Sentio offers a solid and punchy sound signature with tight bass response.

The Sentio has been in development for two years or more, and I was privy to a pre-production plastic mockup last summer. Since then the production sample has come on leaps and bounds and while the design remains the same the quality is definitely representative of a product at this price range. Rock Jaw have given this a precise yet exciting sound signature that will appeal to all sorts of modern listeners and with the additional boom mic, gamers will have a pair that they can use with today's gaming consoles and PCs. With replaceable ear cups as well as an aluminum construction, the Sentio are a pair that are built to last and certainly have a unique look about them.

Kickstarter backers will be able to pledge from £130 ($185~) to get their hands on a pair of the Sentio, adding an extra £8.00 ($11.50~) to your pledge will include a detachable boom mic perfect for gaming as well as a better calling experience. Further additions include £12.00 ($17~) for an additional set of either leather or velour ear cups. All backers will be given the opportunity to choose their choice of stitching on the headband in pink, red, baby blue, black or green and will get the opportunity personalize their own pair with their choice of engraving. Each pair of the Sentio will feature a 2 Meter and a 4 Meter cable, a hard carrying-case as well as a 6.3mm adapter for HiFi and headphone amps. Those interested in backing the campaign can take a look at some more images and hit up the source link to make a pledge.