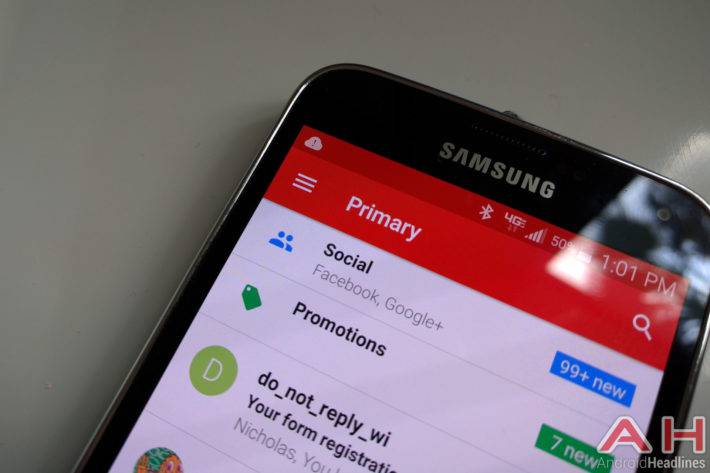 Google is known for their innovation throughout the tech sector, whether it comes to the search service that’s at the core of Google’s business or to the dozens of mobile apps it develops.  As email was one of the first services added on top of its original search-only business, Gmail has become a household staple that’s used in the lives of hundreds of millions of people every day.  While Google has started a new service simply called Inbox that’s designed to deliver the same information in new and unique ways, some users still stick by Gmail because of the layout and the vast number of features that have been added to the service over the past decade and change.

Today’s update of the Gmail mobile app is bringing along with it some incredibly useful features that were previously desktop only.  One particularly huge one is rich text formatting, which allows you to enhance your words via bold, italic, underlined, colored and even highlighted text.  These might seem pretty rudimentary to those who primarily use Gmail on the desktop, but will certainly come in handy to the two-thirds of Gmail users who are primarily on mobile devices.  The new formatting bar will be found below the compose space and right above your keyboard, appearing almost as an extension of the keyboard itself.

For those that often get calendar invites through their Gmail or Microsoft Exchange, you might have the daily frustration of having to switch between calendar and email apps to schedule everything.  This latest Gmail update brings instant RSVPs to the Gmail app, displaying all the information you need on screen instantly and allowing you to respond based on what you see.  A simple agenda interface below the calendar invite within Gmail will highlight where the proposed time fits in your daily schedule, and even prominently displays others included in the invites as well.  These sorts of features make it pretty obvious why tons of people use Gmail and why Google is trying to get as many people as possible to join in on the service, no matter what email address you might already have.  As usual you should be receiving an update notification from the Google Play Store soon for this update. 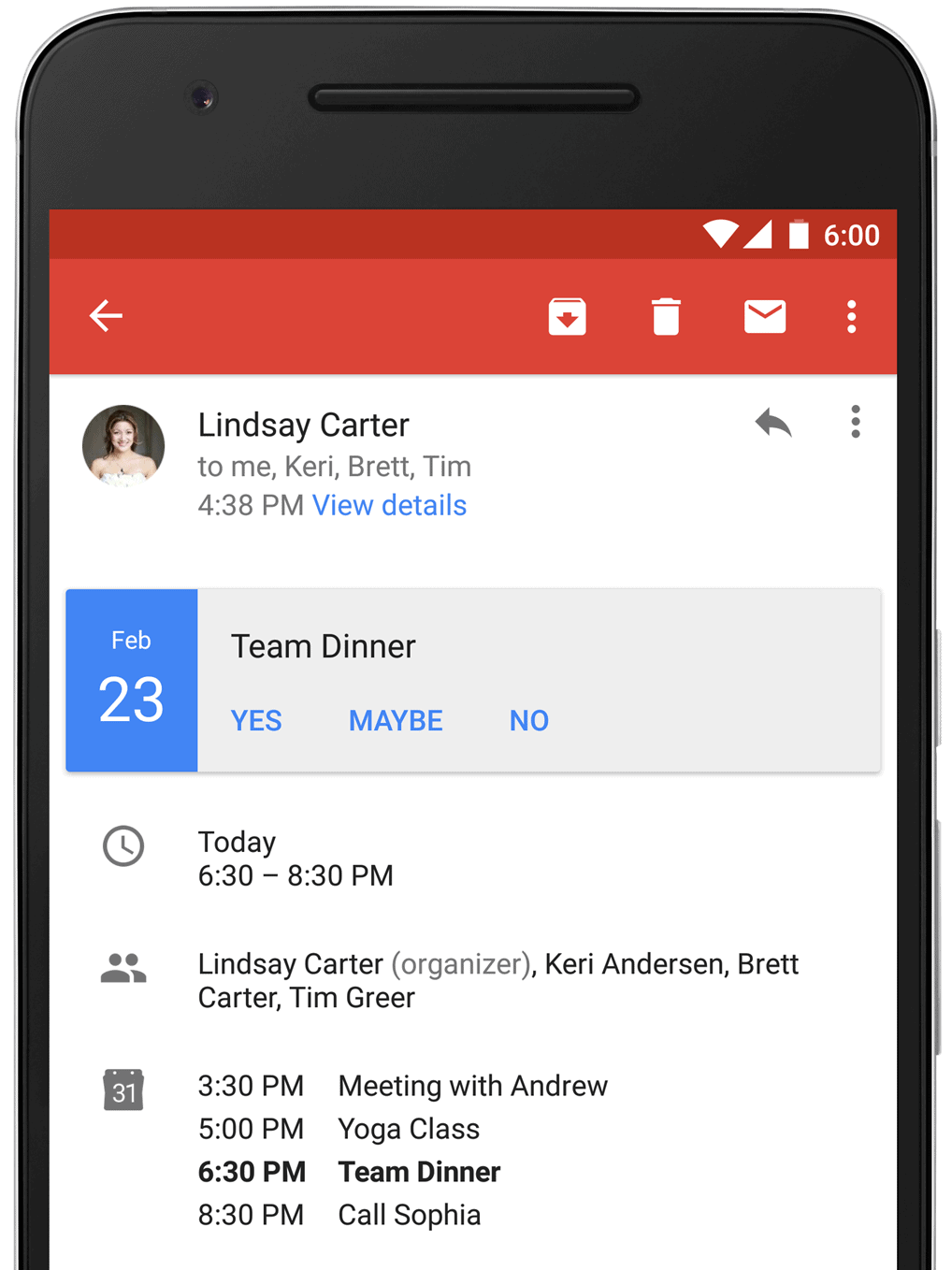 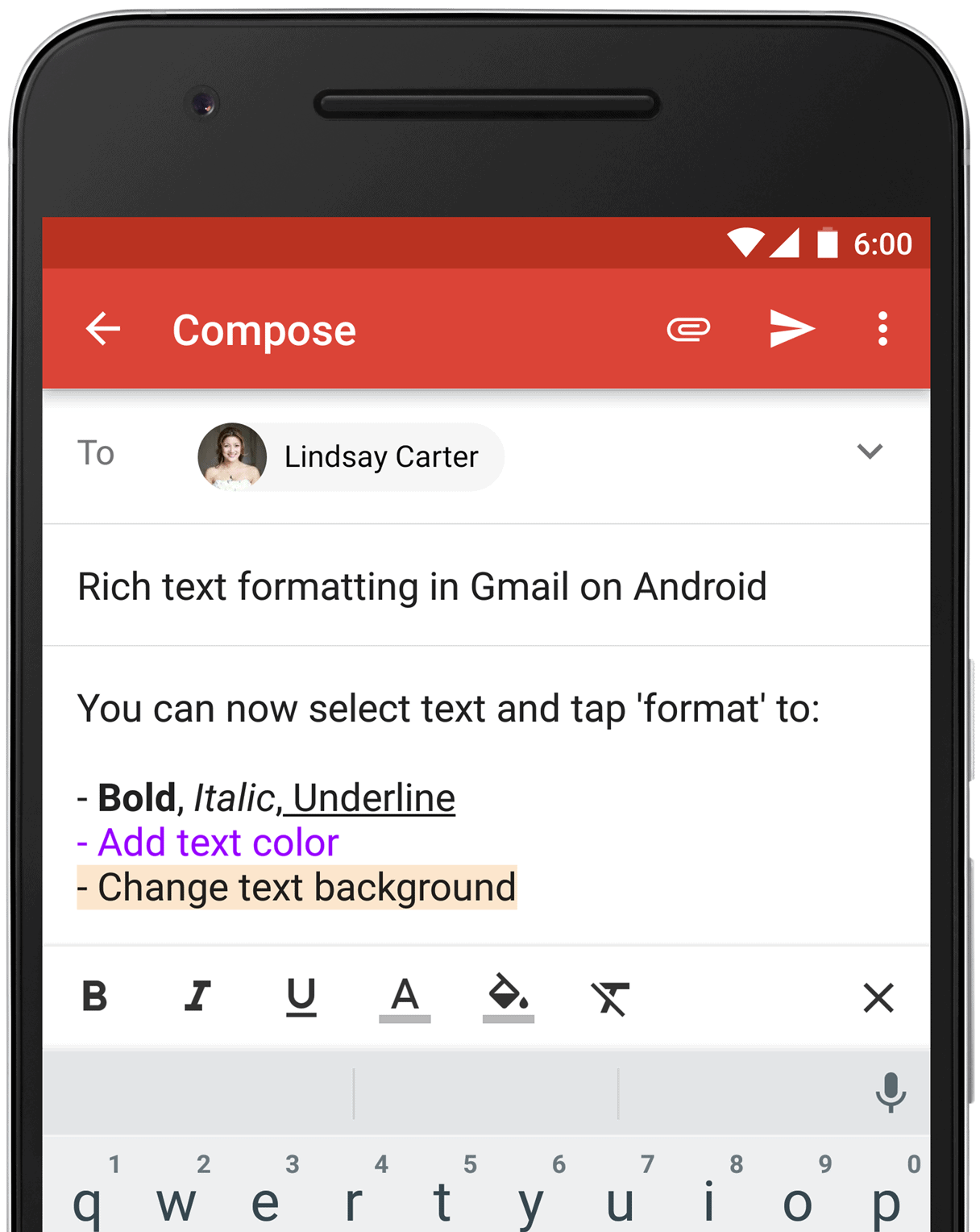