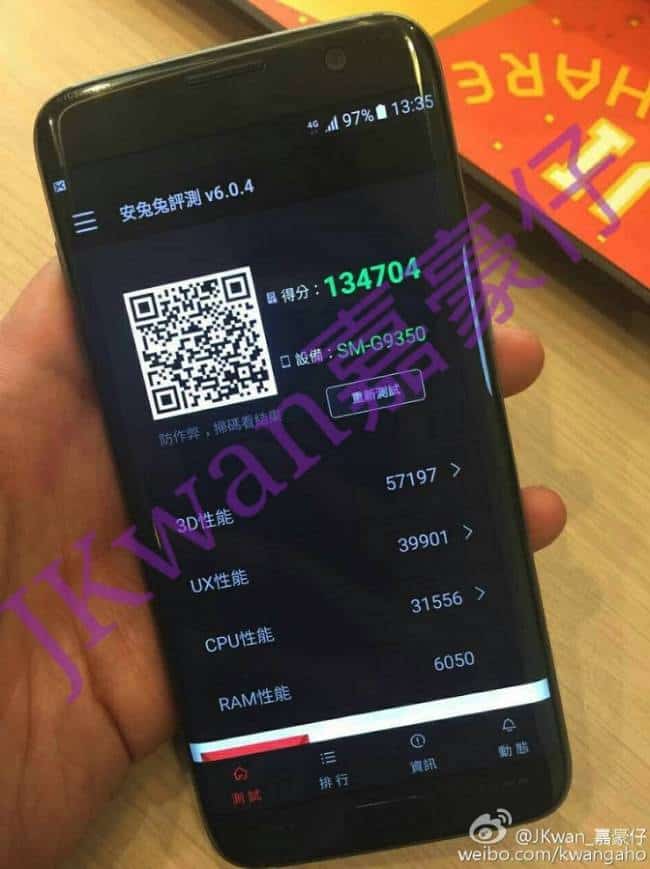 There is little arguing with how much anticipation currently surrounds the Samsung Galaxy S7. This is going to be one of the biggest mobile product launches of this year and in the build-up to that launch event which is expected to take place on Feb 21st at MWC in Barcelona, we have seen a ton of rumors and leaked images coming through. In fact only a few hours ago, one of what could be the first real-life images of the Galaxy S7 appeared online. The image showed what seemed to be the back of the smartphone and again highlighted certain aspects like a more recessed camera bump which is consistent with previous reports.

Following that initial image, it now looks like another image has surfaced online. The second image seems to be one which could have been taken in the same location based on the general background and type of shot. Which would add authenticity to the image, providing the first image was real of course. Although, it is worth noting, the two image have emerged from different sources, in spite of the similar shots. The other notably difference being that the new image is said to show the Galaxy S7 from the front, the Galaxy S7 Edge that is.

The latest image does reveal two specific points of interest. Firstly, this one does clearly seem to be of the Galaxy S7 Edge due to the sloping curves on either side of the device. Secondly, the device has been snapped while finishing up running an AnTuTu benchmark test. As you can see, the device in question scored a 134,704 which is a little higher than a previous AnTuTu benchmark score which was noted for the Galaxy S7 about a week ago. Although, this one would seem to be more in line with expectations as it is slightly higher than what the Le Max Pro from LeEco (formerly Letv) was noting scoring, which is a device running the Snapdragon 820. Further adding to the weight of the image is that the model number listed being tested during the benchmark test is the 'SM-G9350' which is a model number which has now repeatedly been associated with the Edge version of the Galaxy S7.