A few months ago, the Google Play Store underwent a massive overhaul. This was more to do with how Google Play appears than a functional update. Although, in many ways, the aesthetic changes were designed to make the app more navigable. Since then, smaller and more limited updates have been rolling out to the Play Store relatively frequently and adding small but useful features and tweaks. Much is the case with the latest update.

This update will bring your version of the Play Store up to v6.2 and the big headline aspect of the update is a change, more specifically – an addition to the settings menu. Once updated, if you head into the settings a new tab will be in view and entitled “Use itineraries from Gmail‘. As the title suggests, this addition will bring with it the ability for the Play Store to pull information from your Gmail account with a view to offering a more curated and personalized level of recommendations. At such an early point in this update’s lifespan, it is difficult to note how influential this feature is, although it is presumed that if you are someone who often makes bookings with car rental companies, airlines, restaurants, or any other itinerary-based services, the Play Store will make a point of pushing the relative apps to the front of your recommendations feeds. For those concerned with privacy, this is a feature which can be toggled on or off when wanted, so if you do not want to receive recommendations, you do not have to. It is worth noting though, this does seem to be a feature which is enabled by default after the update

Besides the inclusion of the Gmail recommendations, there does not seem to be a lot more on offer. There are some very minor tweaks to the settings listings and their icons, but not much that is worthy of noting. Those interested in checking out the most up to date version can pull the update from the link below and push to their device manually. Due to the rather small nature of the update in general, it is only a small update to push. 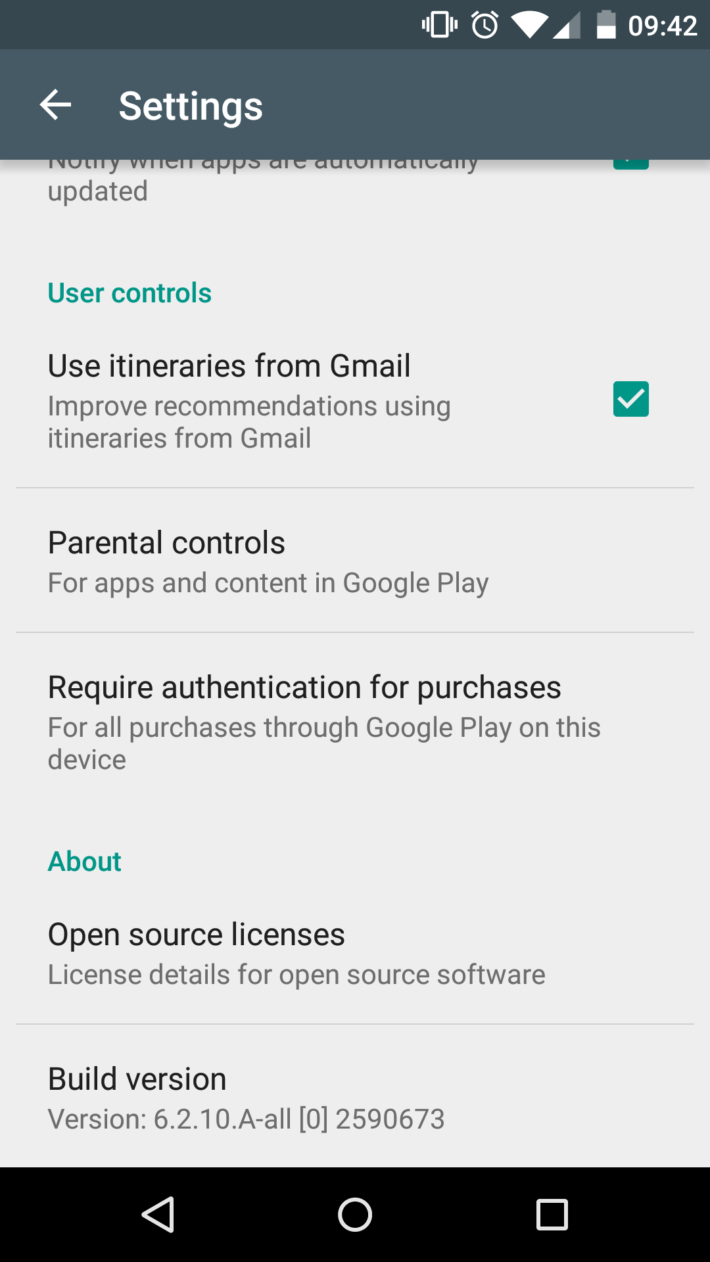