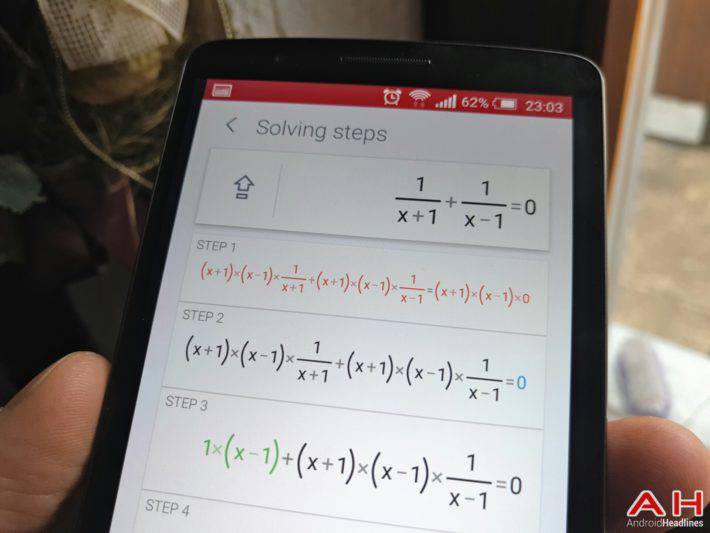 Google Play Store grew immensely over the last couple of years, and has become world's largest applications store basically. Considering the amount of applications that are available in the Play Store, you'd think you can find pretty much everything you can think of… well, that might even be the case. There's always room for new ideas, or at least new implementations of already available apps, but chances are you'll find what you're looking for in the Play Store, no matter if you're looking for a specific game, or app.

That being said, every once in a while, we get to see developers release truly unique applications that we have never seen before, and that was the case when PhotoMath was first introduced. You've probably seen various headlines in the past talking about an app which can calculate your math problems for you. All you needed was a smartphone with a camera, and the PhotoMath app installed. Well, that application has received its second iteration / new version this month (v2.0), and it's definitely worth mentioning. So, the premise is quite simple, all you have to do is take a picture of your math problem, and the app will take care of the rest. Not only will it give you the result, but it will give you the whole procedure how it reached that result. The PhotoMath app currently supports fractions, basic arithmetic, decimal numbers, linear equations and algorithms. The developers are constantly adding new content to the app, so additional math problems will be solvable through this app soon as well.

Now, keep in mind that handwritten text is not supported, so you'll need to take a picture of a math problem directly from the textbook, or you'll need to print it out on a piece of paper. Now, PhotoMath surely does not support every math problem out there, and the company is urging you to send them an example of a problem the app could not solve, so that they can include it in the app itself for future usage. That is pretty much it, the PhotoMath app is free to download and you, and we've included several official images and a promo video for you to check out down below.