Do we have a good one for you today – the venerable Samsung Galaxy S6 goes up against the Motorola Droid Turbo 2.  Just how does the latest Droid Turbo 2 stand up to the redefined Galaxy S6 – glass, sculptured metal, premium look and feel…a true flagship.  Both devices have a great build quality and even a good feel in the hand.  Looks is somewhat subjective and some will like the looks of the Galaxy S6 better, while others will like the Motorola design, but when it comes to a premium look, the nod has to go to the Galaxy S6.  These two devices have several things in common and we will first look at those features before we look at each individual device in greater detail.

The Galaxy S6 and Droid Turbo 2 are very close in physical size with the Droid Turbo coming in slightly taller and wider, mostly due to the 5.4-inch display versus the 5.1-inch display on the Galaxy S6, with the Galaxy S6 being thinner and lighter.  Both devices use the AMOLED technology for brilliant colors and contrasts and both are QHD resolutions of 2560 x 1440 pixels. Both devices use a 64-bit octa-core processor, but different models and both pack 3GB of RAM and offer 32GB or 64GB of internal storage.  Although vastly different main cameras, they both use a 5MP or their front-facing cameras (FFC).  The Galaxy S6 and Droid Turbo 2 have the usual suspects – WiFi, Bluetooth v4.1, GPS, NFC, a built-in IR Blaster, a microUSB 2.0 port for charging and data transfer.  They both include a non-removable battery, fast charging and wireless charging. 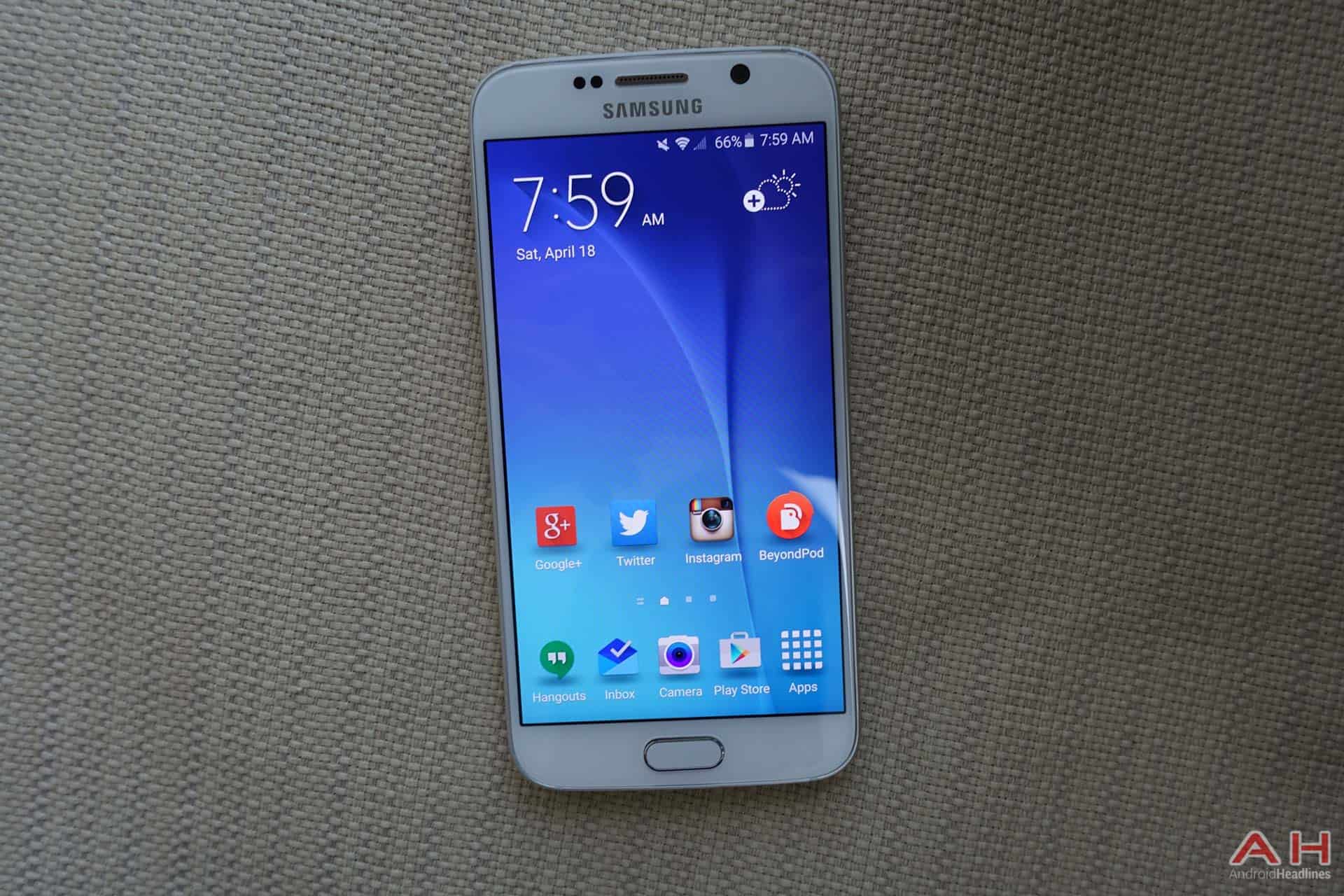 When Samsung first introduced their Galaxy S6 we were anxious to see the changes they made – gone is the plastic and now we have an aluminum unibody with Gorilla Glass 2.5D on the front and Gorilla Glass 3D on the back.  Depending where you live, the Galaxy S6 comes in a variety of colors, such as White Pearl, Black Sapphire, Gold Platinum and an exclusive Galaxy S6 color, Blue Topaz.  The Galaxy S6 is beautiful from every angle with a premium feel and solid build. However, the Droid Turbo 2 is also a well-made device, just not as premium looking.

The Galaxy S6 sports a 5.1-inch Quad HD Super AMOLED display with a resolution of 2560 x 1440 pixels and 577 pixels-per-inch (PPI).  This goes up against the Droid Turbo 2’s 5.4-inch QHD AMOLED display and 540 PPI.  Samsung used their in-house 64-bit Exynos 7420 octa-core processor that uses the first 14nm technology.  It has four cores clocked at 1.5GHz and four cores clocked at 2.1 GHz.  The Droid Turbo 2 uses the 64-bit Qualcomm Snapdragon 810 octa-core processor.  The Galaxy S6 is packing 3GB of the faster DDR4, with the Droid Turbo 2 using 3GB of DDR3 RAM.  The Galaxy S6 memory options are 32GB or 64GB with the new and faster Samsung UFS 2.0 flash memory, but there is no room for expansion.  The Droid Turbo 2 comes with 32GB or 64GB of internal memory with 200GB of expansion possible via a MicroSD card.

The Galaxy S6 has an award winning main camera with a 16MP sensor with autofocus, LED Flash, a wide f/1.9 aperture, Live HDR and OIS and is one of the highest rated smartphone cameras on the market today.  Samsung uses a 5MP FFC and they wisely added the f/1.9 aperture, 120-degree wide-angle and Live HDR for excellent low-light group selfies and video chatting.  The Droid Turbo 2 uses a larger 21MP sensor in its main camera and a 5MP FFC…it will take good pictures, but the Galaxy S6 will win this camera shoot out. The non-removable 2,550 mAh battery is tiny compared to the non-removable 3,760 mAh in the Droid Turbo 2, but it should get you through most of the day.  If you run into trouble, the new Samsung battery can charge up to 4 hours of usage in only 10 minutes and they included built-in wireless charging for both Qi and PMA standards.  The Droid Turbo 2 also has Motorola’s Turbo Charge feature and offers wireless charging.

The Galaxy S6 has a few features not found on the Droid Turbo 2 – it is Samsung Pay ready and a fingerprint sensor that is PayPal certified and ready for Android Pay.  It includes a heart rate monitor and an oxygen saturation sensor.  It is running Android 5.1.1 Lollipop, with its upgrade to Marshmallow coming soon and will cost you about $575 for the 32GB model.

The Motorola Droid Turbo 2 belongs to an exclusive set of devices found only on the Verizon network – the Turbo model made its first appearance last year.  Physically, the revised model looks essentially the same, but there are several improvements making it even better.  Moto added an all-new 21MP sensor for better pictures, made charging even faster and added the new ShatterShield display.  The Droid Turbo 2 has Motorola’s solid build and by using Moto Maker, you can customize the colors and the type of backing – from padded vinyl to wood.

Motorola really improved the 21MP camera in the Droid Turbo 2 by using a new sensor, added a larger f/2.0 aperture, phase detection autofocus and a dual-tone LED flash with a 5MP FFC for selfies and video chatting.  This goes up against one of the best in the business – a 16MP main camera and a 5MP FFC in the Galaxy S6.  The Turbo 2 has a huge 3,760 mAh battery to offer up to two days of use, and if you should need to charge the device, it comes with a Turbo Charger for quick charges and offers wireless charging as well.  The Galaxy S6 has a small 2,550 mAh battery with a quick charge feature and wireless charging.  Batteries in both devices are non-removable.

The Motorola Droid Turbo 2 has dual front-facing speakers and is running almost stock Android, although Motorola adds their Moto Voice, Moto Assist, Moto Display and Moto Actions.  It includes NFC for mobile payments, but no fingerprint sensor for authorization like the Galaxy S6.  It comes with a shatterproof display.  The device measures 149.9 x 78 x 9.2 mm and weighs in at 169 grams and will cost approximately $625 with options to customize the device via Moto Maker. 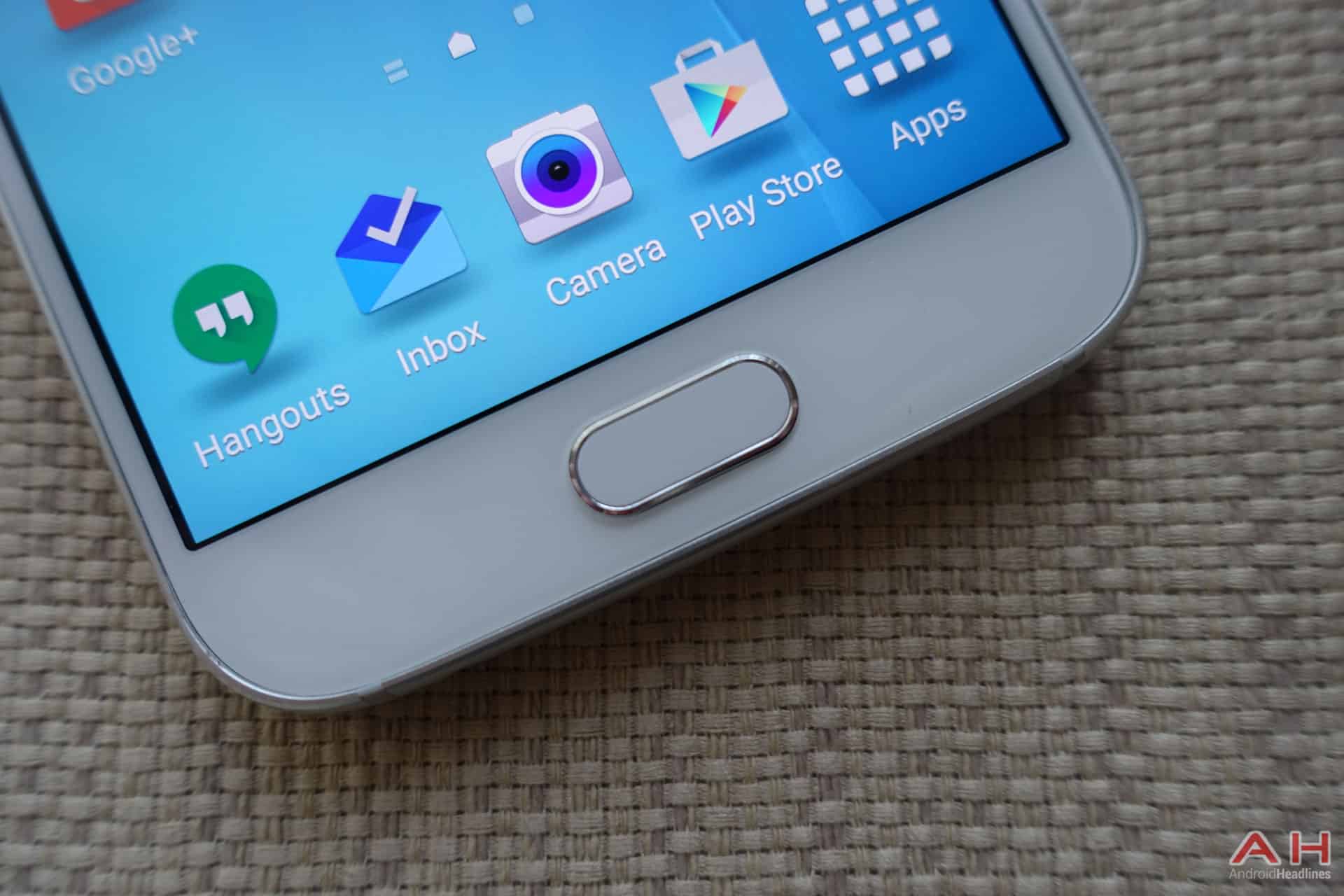 The Samsung Galaxy S6 uses their Super AMOLED display, one of the best cameras on a smartphone, a fingerprint sensor for unlocking the device as well as authenticating mobile purchases, Samsung Pay and is PayPal certified.  It offers a heart rate monitor and oxygen saturation sensor that ties into Samsung’s S-Health app.  It is lighter, thinner and more premium looking.

The Droid Turbo 2 is a nice device – it is nano-coated for water resistance, it has Motorola’s exclusive shatterproof display, a huge battery that will get you through two full days of usage and it has room to expand its internal memory.  However, it does lack the very important fingerprint sensor for mobile payments and it costs about $50 more than the excellent Galaxy S6 that can be used on any carrier, whereas you are stuck with Verizon when purchasing the Droid Turbo 2.