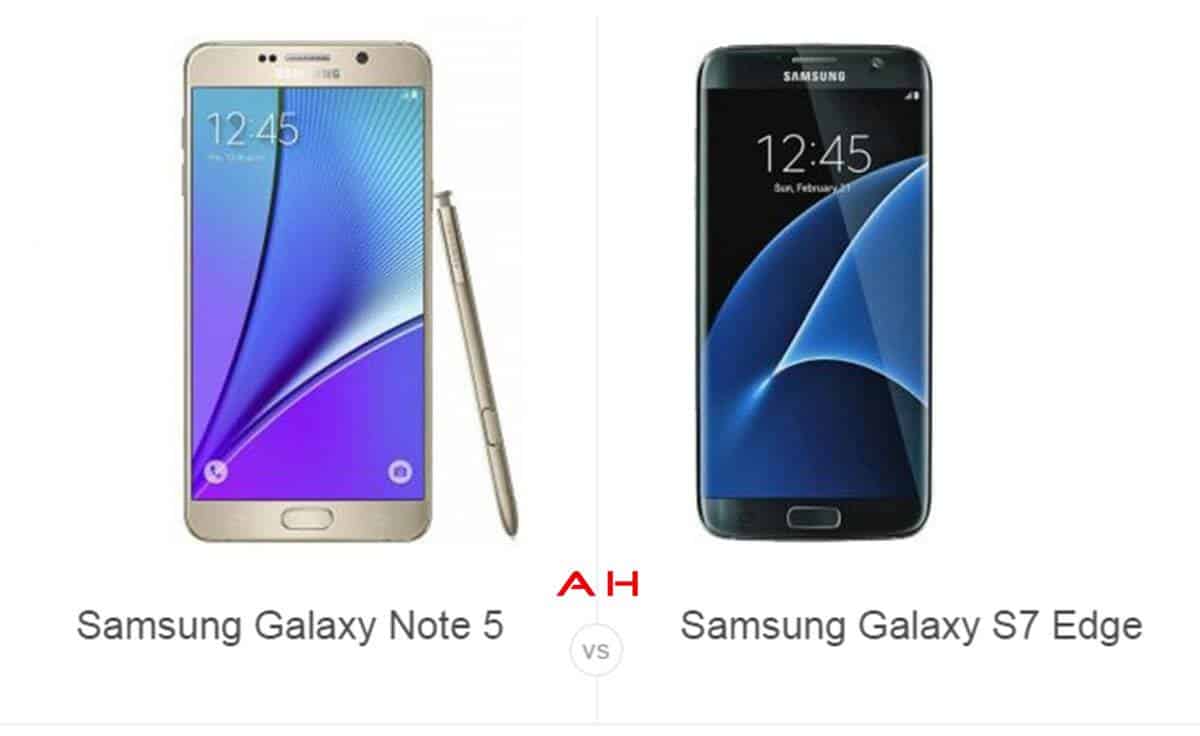 Do we have a good one for you today – the popular Samsung Galaxy Note 5 goes up against the newest Samsung Galaxy S7 Edge.  Both are made from sculptured metal and Gorilla glass, the Galaxy Note 5 armed with its S-Pen and the Galaxy S7 Edge with its dual curved display.  Can the Note 5, released six months ago still stand up to Samsung's newest rendition of the top phablet in the industry?  The Note 5 lost its removable battery and memory expansion from its prior model, the S7 Edge gives us back the expandable memory, although they both retain the non-removable battery.  Let's look at some of the similarities of these two devices before we look at each one individually.

The Galaxy Note 5 and Galaxy S7 Edge have a few things in common, especially since they made the S7 Edge larger – almost the size of last year's Galaxy S6 Edge Plus.  Both devices are very close in physical size with the Note 5 weighing in at 171 grams or about 14 more grams more than the S7 Edge even though the S7 Edge has a larger battery and almost as large of a display.  Both devices use Samsung's Super AMOLED display – 5.7-inches on the Note 5 and 5.5-inches on the Galaxy S7 Edge.  Both devices use 4GB of DDR4 RAM and either 32GB or 64GB of internal memory.  While Samsung made huge changes in the main camera, the front-facing camera (FFC) remained the same 5MP, 22mm wide-angle, Auto HDR, but increased the aperture from f/1.9 to f/1.7 to give you even better photos in dark light.  They both retain a bottom-mounted speaker, they both have the microUSB v2.0 for charging and data transfer.  The batteries of both devices are non-removable, but offer rapid charge and a quick charge wireless charging.

When Samsung revamped their Galaxy Note 5 last year they rid the device of its plastic and replaced it with glass and metal.  These changes included removing memory expansion and switching over to a non-removable battery and upset many power Note 5 owners.  They ended up with a more premium looking device that was, in their minds, less functional or accommodating.  How does it hold up to the evolutionary Galaxy S7 Edge?

The Galaxy Note 5 continues to sport the same size 5.7-inch display as the past two years with Samsung tweaking the display every year, always making it better.  It has a QHD Super AMOLED display with a resolution of 2560 x 1440 pixels and 518 PPI and is one of the best displays on the market.  This goes up against the 5.5-inch QHD Super AMOLED display found on the Galaxy S7 Edge with 534 PPI.  All models of the Note 5 used Samsung's 64-bit Exynos 7420 octa-core processor with four cores clocked at 1.5GHz and the other four cores clocked at 2.1GHz with their newest 14nm technology.  This goes up against the 64-bit Snapdragon 820 quad-core processor or Exynos 8890 used in the Galaxy S7 Edge depending where you are located.  The Note 5 packs 4GB of DDR4 RAM as does the Galaxy S7 Edge.  When it comes to internal storage, the Note 5, as does the Galaxy S7 Edge, has a 32GB or 64GB option of much faster UFS 2.0 Flash memory.  On the Note 5 there is no room for expansion, whereas the Galaxy S7 Edge offers a microSD card expansion of up to 200GB.

The main camera on the Galaxy Note 5 has a 16MP Samsung ISOCELL sensor with a fast startup, fast focus, large aperture at f/1.9 for better low-light photos, Live HDR and great software.  The Note 5 also has a 5MP FFC with the f/1.9 aperture and wide-angle and Live HDR for selfies and video chats.  This compares to a completely new 12MP main camera on the Galaxy S7 Edge that uses Dual Pixels and 5MP FFC.  The Note 5 has a non-removable 3000mAh battery, but it has a quick charge feature as well as quick wireless charging capabilities…the Galaxy S7 Edge has a 3600mAh non-removable battery with a rapid charge battery and quick wireless charge.

The Galaxy Note 5 has a much improved and more sensitive S-Pen with added features giving it even more functionality.  The Note 5 has more flexibility with longer documents and you can send live broadcasts of your videos.  It is running Android Lollipop 5.1.1 with Marshmallow rolling out soon.  It will cost you about $700 outright for a 32GB model and $790 for a 64GB model. 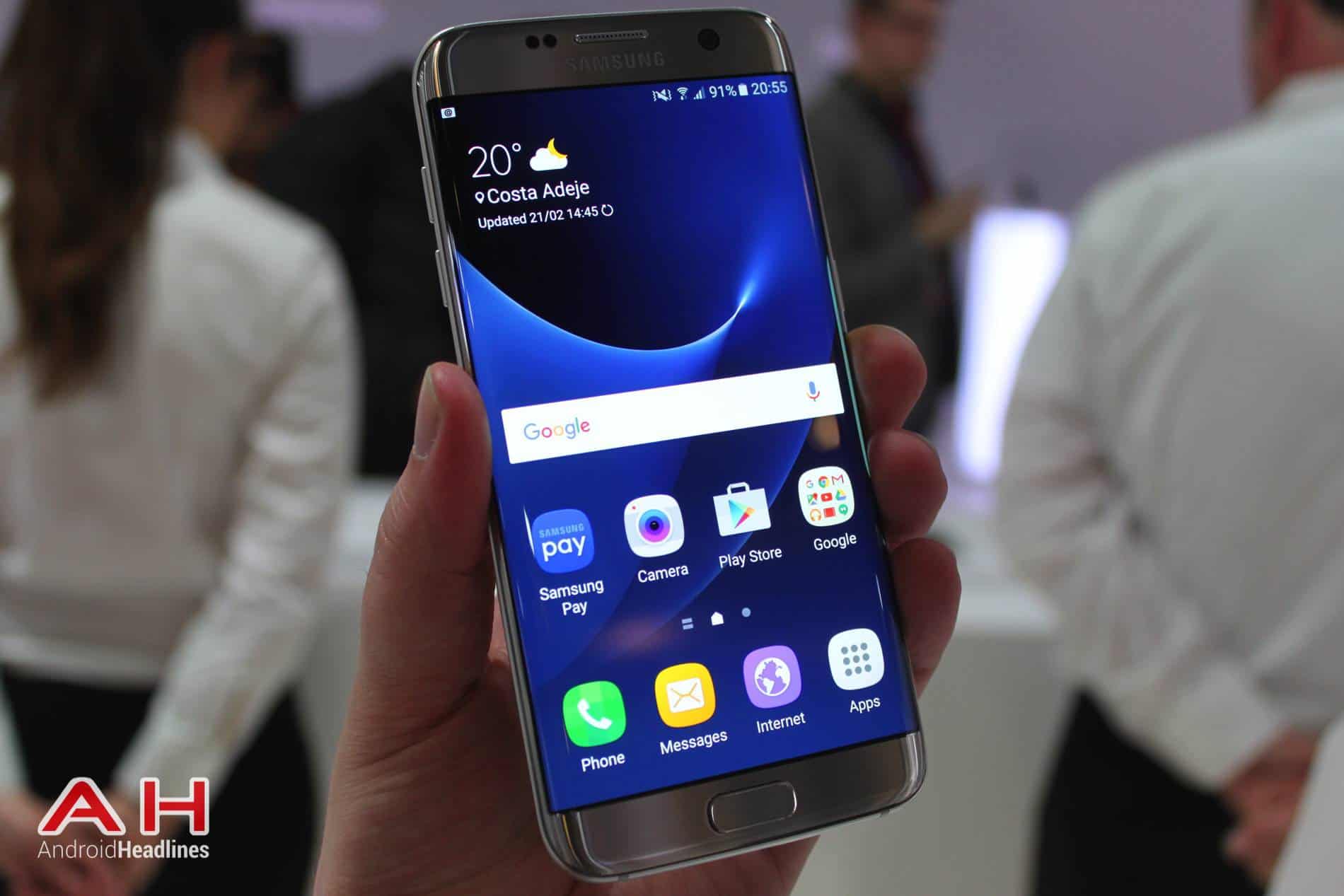 Because of last year's newly redesign Galaxy S6 series, for 2016, the new Samsung Galaxy S7 Edge is more evolutionary in nature.  From the outside there are only subtle differences, although the insides prove to be a different story.  The Galaxy S7 Edge is still a beautiful device with a solid build quality and premium look, but did Samsung do enough to upgrade the Galaxy S7 Edge to make people want to go out and trade-in their Galaxy S6 Edge Plus or Galaxy Note 5?

The Galaxy S7 Edge has a beautiful 5.5-inch Super AMOLED display with a QHD resolution and 534 PPI as compared to the 5.7-inch Super AMOLED QHD display on the Note 5 with 518 PPI.  The S7 Edge also sports the dual-curved display that can function on its own to quickly have access your ten favorite contacts and more.  The Galaxy S7 Edge uses either an Exynos 8890 octa-core processor or the Snapdragon 820 quad-core processor depending where you live.  The Note 5 uses the Exynos 7420 octa-core processor in all models, when Samsung past on the maligned Snapdragon 810.  The S7 Galaxy packs 4GB of DDR4 RAM and offers either 32GB or 64GB of UFS 2.0 memory – the Note 5 also offers 4GB of DDR4 RAM and 32GB or 64GB of memory – but the S7 Edge offers room for expansion up to 200 GB via a microSD card.

The camera area of the Galaxy S7 Edge was changed quite a bit this year – no longer is Samsung using the conventional 16MP from the S6/Note 5 models and moved on to a new Dual Pixel 12MP with a larger sensor.  This allows it to take in more light and information than the smaller 16MP sensor.  They also increased the aperture from f/1.9 to f/1.7, made autofocus much faster and retained OIS.  The S7 Edge uses a 5MP wide-angle lens, f/1.7 aperture and Live HDR for its FCC.  This goes up against the highly rated 16MP camera and a 5MP FFC setup in the Note 5. The S7 Edge includes a large 3600mAh non-removable battery with quick charge and quick wireless charging as well.  This goes up against the Note 5's smaller 3000mAh non-removable battery, also with quick charge and quick wireless charging.

The S7 Edge adds IP68 water and dust protection – great for those beach goers or users that work in dusty environments.  The S7 Edge offers expandable internal memory, curved display and a larger battery.  The S7 Edge measure 150.9 x 72.6 x 7.7 mm, weighs in at 157 grams and available in Black, White, Gold and Silver at approximately $770. 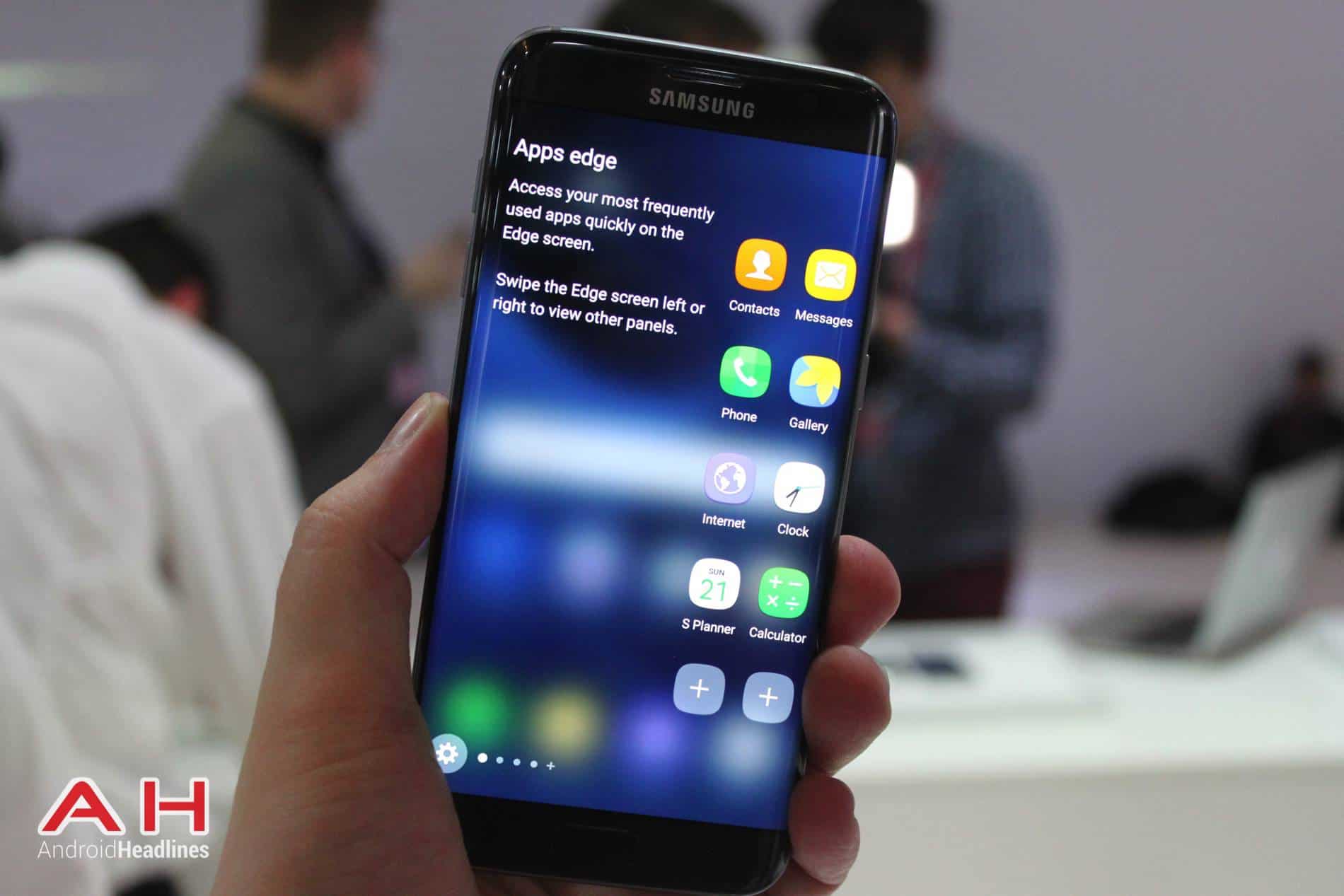 This was another tough one to pick – when I compared the S6 Edge Plus to the Note 5, I picked the Note 5 as the winner, but this time around I am picking the Galaxy S7 Edge as the winner of this competition. Both devices are polished, well-built, premium and great looking smartphones, but the newer technology in the S7 Edge simply trumps the Note 5 and its S-Pen.  If you use the S-Pen, then by all means grab the Note 5, but if you want the best technology and that 'wow' factor, then the Galaxy S7 Edge would be your choice.

The New Galaxy S7 Edge has not only the dual-curved display, but also is almost as large as the Galaxy Note 5 – it gives up the S-Pen for a cool Apps Edge design and it has a better processor, whether it is the new Snapdragon 820 or the new Exynos 8890.  They have the same amount of RAM and internal memory, but the S7 Edge has the ability to expand its memory by 200GB.  The camera area is completely new, but knowing Samsung, they did not go backward in their photo abilities on the S7 series devices. The S7 Galaxy has a larger battery and both offers quick charge for the the plug-in charger and the wireless charger.  The S7 Edge even includes IP68 certification for water and dust resistance.

With so many match ups in the specs – 4GB of RAM, fingerprint sensor, heart rate/oxygen saturation monitors, Samsung Pay – and then those that the S7 Edge exceed – the processor, expandable memory, waterproofing, larger battery…it makes the Galaxy S7 Edge the clear winner in the specification comparison.