Do we have a good one for you today – the top-of-the-line OnePlus 2 goes up against the powerhouse from Sony, the Xperia Z5 Premium.  Can the ‘little engine that could’ possibly beat out the Xperia Z5 Premium in a specifications battle?  It may surprise you just how much of a device you are getting for your $389 – sure, it is missing a few things that OnePlus did not think were necessary, but for the most part, it does a fairly good job against the $800 Z5 Premium.  Both devices have a premium build, look and feel about them – neither one will disappoint in this area.  First, we will see what these two devices have in common and then we will look at each individual device to go into more detail.

The OnePlus 2 and the Xperia Z5 Premium are very close in physical size and weight, because both devices have the same 5.5-inch size display and both use the IPS LCD technology.  These devices use the same 64-bit Qualcomm Snapdragon 810 octa-core processor and Adreno 430 for the GPU.  Both have about the same size front-facing camera (FFC) – the OnePlus 2 uses a 5MP and the Z5 uses a 5.1MP – for selfies and video chatting.  They both use a non-removable battery – 3300mAh in the OnePlus 2 and 3430mAh in the Z5 Premium.  They have the usual suspects – WiFi, Bluetooth v4.1, GPS, fingerprint sensor and a microUSB port (Type-C on the OnePlus 2 and v2.0 on the Z5 Premium) and they both offer premium sound through the headphone jack.

OnePlus builds a quality smartphone – their OnePlus One impressed us and the build quality is even more evident in the OnePlus 2 with its solid metal frame and trim.  OnePlus is all about building a quality smartphone at a low price, but it is difficult to build a quality flagship device (they call this the “Flagship Killer”) at such a low price and not cut some corners.  OnePlus still used the same FHD display and the same size camera they did last year and to make matters worse, they removed NFC capabilities.  They did add an extra 1GB of RAM, a fingerprint sensor and increased the battery size from 3100 mAh to 3300 mAh.

The OnePlus 2 sports a 5.5-inch LTPS LCD FHD display with a resolution of 1920 x 1080 pixels and 401 pixels-per-inch (PPI) versus the 5.5-inch IPS LCD display on the Z5 Premium with 806 PPI (when in 4K mode).  OnePlus chose the Qualcomm 64-bit Snapdragon 810 octa-core processor and to keep it cool, they underclocked it to 1.56 GHz and 1.82 GHz.  This goes up against the same processor (not under clocked) in the Z5 Premium.  The OnePlus 2 is currently sold with 4GB of RAM and 64GB of non-expandable storage.  The Z5 Premium packs 3GB of RAM with only 32GB of internal storage with room for an extra 200GB via a microSD card.

While the camera in the OnePlus 2 retains the same 13MP sensor as the OnePlus One, they improved it by adding larger pixels, laser autofocus, a dual-tone LED flash, an f/2.0 aperture and OIS.  This goes up against the huge 23MP sensor, phase detection autofocus and LED flash on the Z5 Premium.  For the front-facing camera (FFC), the OnePlus 2 uses a 5MP sensor while the Z5 Premium includes a 5.1MP camera for selfies or video chatting.  The OnePlus 2 increased the non-removable battery size from 3000 mAh to 3300 mAh and it goes up against a slightly larger, non-removable 3430mAh battery in the Z5 Premium.

Notes on the OnePlus 2 – it does come with a great sound ‘system’ built-in to the device if you use headphones or earbuds.  It is also using a newer USB Type-C port for charging and data transfer that uses a nice, reversible plug.  The fingerprint sensor can unlock the phone, but nothing else…no Android Pay nor mobile purchases because it lacks NFC.  It runs OnePlus’ own OS called OxygenOS over stock Android Lollipop 5.1.  LTE works on AT&T and T-Mobile networks with the OnePlus 2 and will cost you $389 for the 64GB model and there are optional backings you can buy to customize your device – Kevlar, Black Apricot, Bamboo and Rosewood. 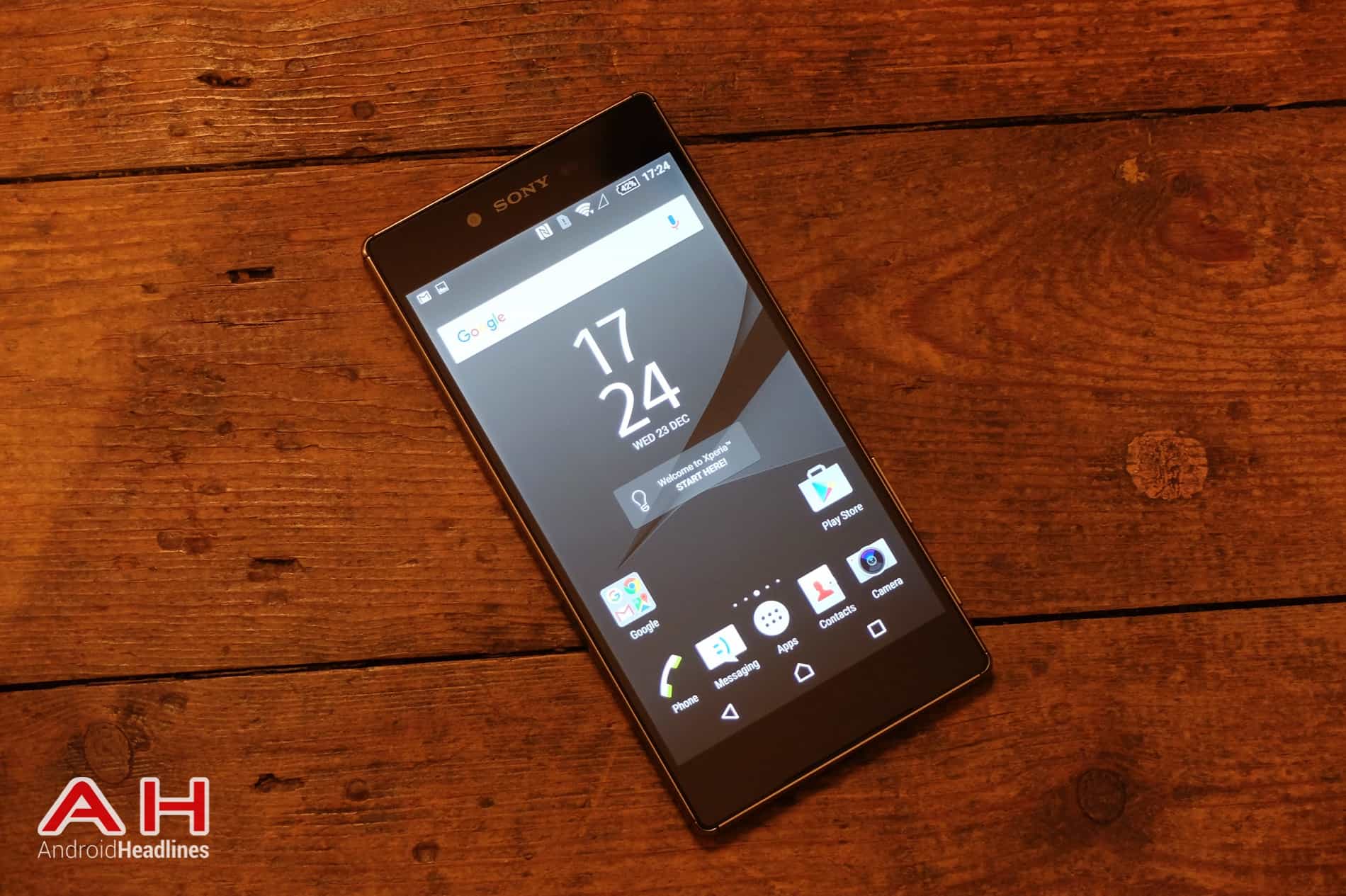 A Sony Xperia device will not disappoint you if you are looking for a rectangle smartphone made out of metal and glass with a premium look and feel.  The technology is not always ‘cutting edge’ especially by the time the devices ever get to market and you will always pay a premium price.  The Sony Xperia Z5 Premium follows pretty much the same recipe with one exception – Sony jumped from a 1080p display to a 4K display with 806 PPI, but do not get too excited as there is a caveat – it is only in service when needed…most of the time it is running at 1080p to conserve battery life. The rest of the device is the usual components in the early 2015 smartphones, but the trouble is, the Z5 Premium was not available until December and in a couple of months the new Snapdragon 820 will be available in many flagships.

The Sony Xperia Z5 Premium comes with an unusual display – it is a 5.5-inch IPS LCD 4K with a resolution of 3840 x 2160 and an astounding 806 PPI.  The 4K resolution only kicks in when you are actually watching something that can take advantage of the 4K.  The majority of the time it actually operates in 1080p or Full HD mode.  Why didn’t Sony just put in a Quad HD display that was on all of the time?  The QHD resolution would stack up better to the 5.5-inch Full HD IPS LCD display found on the OnePlus 2 with 401 PPI.  The Z5 Premium uses the 64-bit Qualcomm Snapdragon 810 octa-core processor with four cores clocked at 1.5GHz and four cores clocked at 2.0GHz.  The OnePlus 2 uses the same processor only under clocked slightly to avoid heat issues.  The Z5 Premium uses 3GB of RAM and 32GB if internal memory, but has the option to expand an additional 200GB via a microSD card.  The OnePlus 2 packs 4GB of RAM and 64GB of internal memory with no room for expansion.

Cameras on the Xperia Z models never seem to disappoint, and the new Z5 Premium has a new 23MP sensor with phase detection autofocus, f/2.0 aperture and an LED flash, but still no OIS.  For the FFC Sony used a 5.1MP with wide-angle for selfies and video chatting.  It goes up against the OnePlus 2’s 13MP sensor and 5MP FFC.  When it comes to power, the Z5 Premium uses a large 3430mAh non-removable battery that Sony claims will get you through two days.  The OnePlus 2 uses a 3300mAh non-removable battery, and both offer the quick charging feature.

The Xperia Z5 Premium does have dual stereo front-facing speakers, an FM Radio and is dust and water resistance as well as a fingerprint sensor for security and mobile payment authorization once Marshmallow hits the Z5.  It will work on AT&T or T-Mobile networks in the US.  It will come in Chrome, Black or Gold and cost you close to $800. 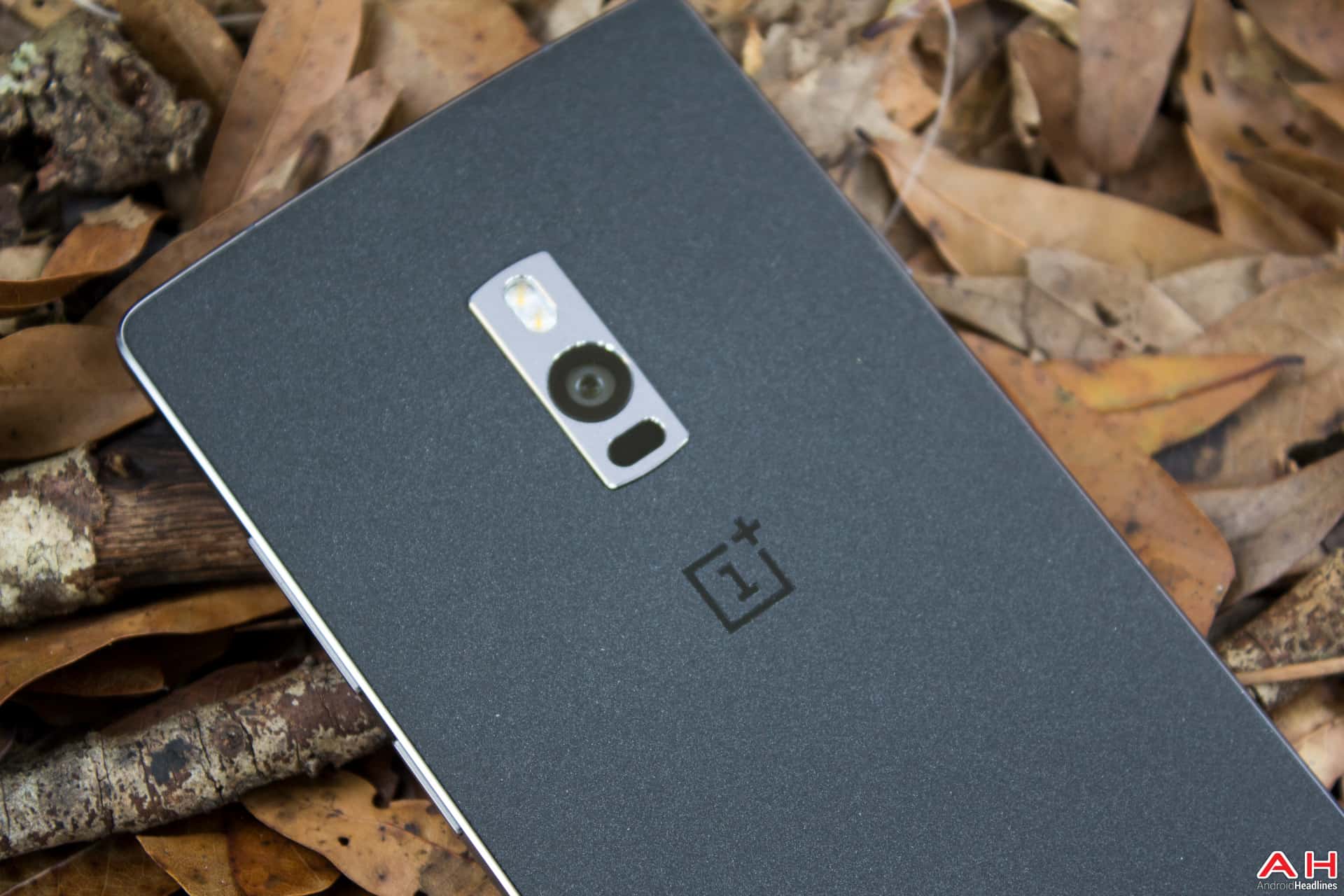 I know, I know about the huge price difference, but these comparisons are based on which device has the best specifications, most options and yes, while value does enter into the equation, sometimes you would just rather have the more expensive device.  However, this is not the case with the Sony Xperia Z5 Premium – it really does not have enough ‘excitement’ to justify its much larger price tag.

Yes, the Z5 Premium has a 4K display, but for the most part it runs in FHD, the same as the OnePlus 2.  Highlighting some areas, the Z5 Premium does offer expandable internal memory, a better camera and NFC, but is it worth the extra $400?

The OnePlus 2 gives you a quality build, the same processor and GPU, 4GB of RAM vs 3GB of RAM in the Z5 Premium, a good camera with laser autofocus, dual tone LED flash and OIS – things not offered by the Z5’s camera, a large battery and Type-C microUSB connector.  It gives you all of this for only $389.

If you really need to make mobile payments or must have expandable memory, do not consider the OnePlus 2.  However, if you can put up with those deficiencies, then the OnePlus 2 is a steal over the Sony Xperia Z5 Premium.