Do we have a good one for you today – two LG powerhouses battle it out in our specification comparison – the LG V10 and the LG G5.  Both devices are constructed from metal and yet they have a very different look and feel.  Many were wondering why LG came out with the V10, when their ‘G’ series was their flagship – was the V10 going to take over from the G4 as the new flagship line?  The new LG G5 is a very different beast from the V10 model and offers up some real innovations…providing they work. First, we will see what these two devices have in common and then we will look at each individual device as we go into more detail.

One would think that the LG V10 and LG G5 would have many similarities, but they are actually quite different.  The V10 is a larger and heavier device, mostly due to the larger display and stainless steel body.  They both use a QHD resolution of 2560 x 1440 pixels and both use the IPS LCD technology, but vary in size and function a little differently.  Both use a Qualcomm Snapdragon processor, but different models, although both offer 4GB of RAM, a 32GB variant and room to expand 200GB via a microSD card.  The V10 and G5 both offer up a great camera area, but the V10 has dual front-facing cameras (FFCs) and the G5 has dual main cameras.  They both offer removable batteries with rapid charge and the both include a fingerprint sensor.  The usual suspects are there – WiFi, Bluetooth (v4.1 on the V10 and v4.2 on the G5), GPS, NFC, a built-in IR Blaster, an FM radio and a microUSB port for charging and data transfer – the LG V10 has the older v2.0 while the LG G5 has the newer Type-C reversible connector.  The LG G5 comes with Android 6.0 Marshmallow and the LG V10 has received its upgrade. 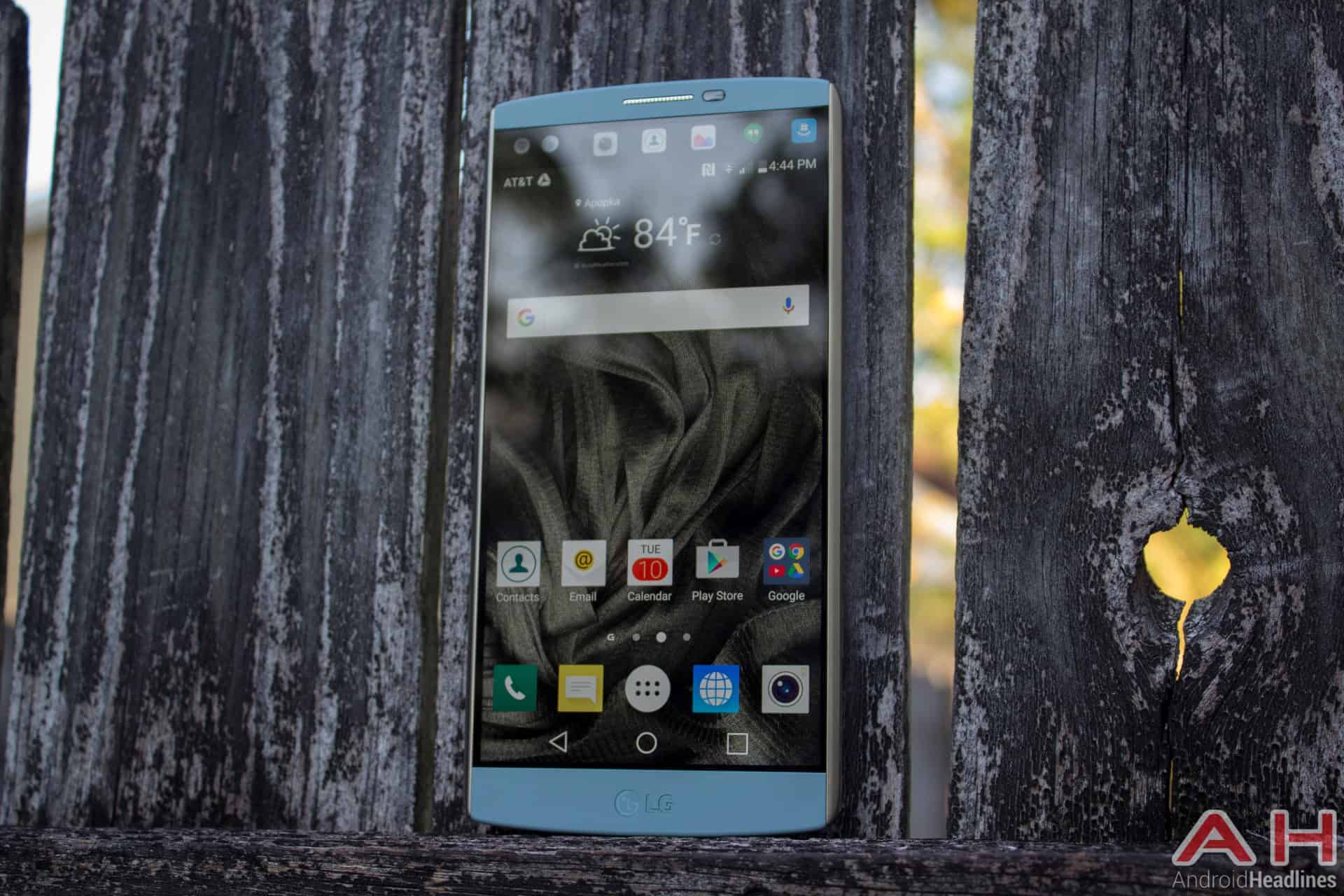 Back in October, LG introduced their new ‘flagship,’ the LG V10.  It certainly made those that follow LG stand up and take notice as it is sculptured from stainless steel with a silicone backing.  LG gave it two 5MP FFCs and a small, independent display sitting above the 5.7-inch main display, which can operate when the main display is off – much like the ‘always-on’ display on the LG G5.  Let’s take a closer look at the $650 LG V10 and see just how it stacks up against the approximately $650 LG G5.

The LG V10 uniquely sports two displays over-top of one another – there is a main IPS Quantum QHD display measuring 5.7-inches with a resolution of 2560 x 1440 pixels and 515 PPI.  Above the main display, near the top of the device, is a 1040 x 160 pixel display that is also 515 PIP.  The secondary display can be functional while the main display is off to show notifications, the weather, the time/date, app shortcuts and more.  This goes up against the 5.3-inch QHD LCD display on the LG G5 with 554 PPI.  The LG V10 uses a 64-bit Qualcomm Snapdragon 808 hexa-core with four cores running at 1.44 GHz and two cores running at 1.8 GHz.  This goes up against the newest 64-bit Snapdragon 820 quad-core processor in the LG G5.  The LG V10 packs 4GB of RAM and 32GB or 64GB of internal storage with room to expand an additional 200GB, while the LG G5 packs 4GB of RAM and 32GB with the same expansion capability.

The main camera areas should be very competitive, yet different in their delivery – the LG V10 uses a 16MP sensor and adds laser autofocus, a large f/1.8 aperture, OIS and an LED flash.  This goes up against a new dual 16MP + 8MP wide-angle sensors in the LG G5.  When it comes to dual cameras, the LG V10 uses a dual 5MP FFC to add a wider field and more depth to the traditional selfie or video chat, while the LG G5 uses a single, large 8MP FFC.  The LG V10 uses a 3,000 mAh removable battery versus the slightly smaller 2,800 mAh removable battery in the LG G5 – both should last through an entire day with rapid charge available on both devices.

The LG V10 has a speaker on the bottom of the device and includes Hi-Fi circuitry for improved sound through the headphones.   The V10 measures 159.6 x 79.3 x 8.6mm and weighs in at 192 grams.  The available colors are Space Black, Luxe White, Modern Beige, Ocean Blue and Opal Blue.  It is available on Verizon, AT&T and T-Mobile and priced approximately $575 – $675. 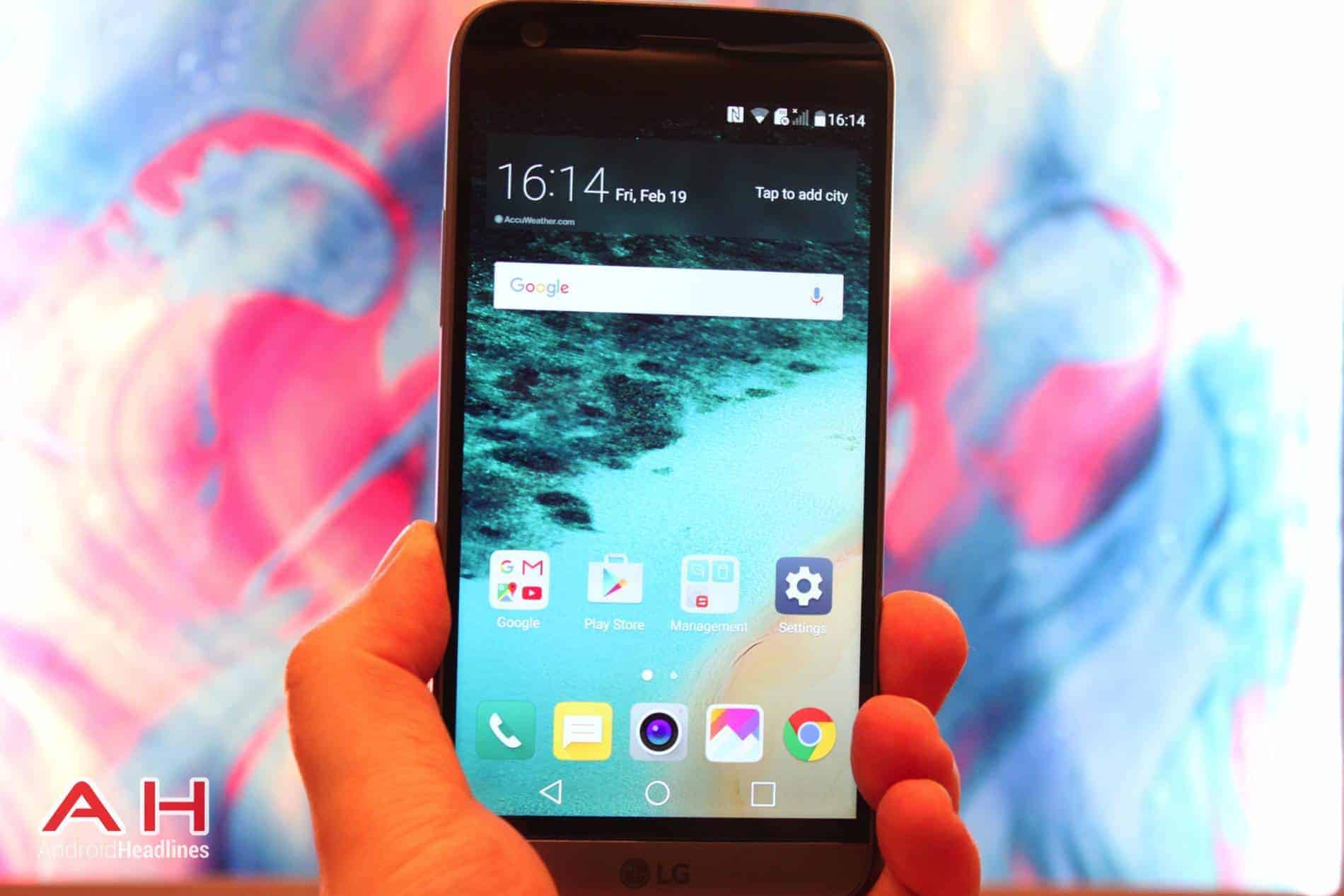 LG took the LG G4, threw it out the window and built a fresh LG G5 from the drawing board to the finished product.  For two years the G3 and G4 looked like brushed metal, well now the G5 is actually metal.  The LG G5’s big news and true innovation are the modules the device can use.  By simply pushing a button on the side, you can slide out the battery and slide in different modules – how well this work overtime remains to be seen.  One module adds a larger battery and camera controls and makes taking pictures easier by giving you a bulge to grab and offering up physical camera controls. LG kept its built-in IR Blaster and FM Radio, but this round LG finally added a fingerprint sensor.  Gone is the ‘innovative’ rear on/off/volume controls on the back, although the fingerprint sensor clicks inward and acts as an on/off switch as well.  The volume controls return to the side of the device.  LG also followed Google’s lead by starting to use the Type-C USB port on the G5.

The LG G5 sports a 5.3-inch IPS LCD QHD display with a resolution of 2560 x 1440 pixels and 554 PPI that is slightly smaller than the LG V10’s 5.7-inch display and 515 PPI.  The LG G5 uses the ‘always-on’ technology, that mimics the V10’s secondary display and saves battery power.  The processor used is the newest Qualcomm Snapdragon 820 quad-core with two cores clocked at 1.6 GHz and two cores clocked at 2.15 GHz along with 4GB of DDR4 RAM and 32GB of internal memory, expandable to 200GB via a microSD card.  This goes up against the LG V10’s Snapdragon 808 hexa-core processor with 4GB of RAM and 32GB of internal memory that is expandable to 200GB.

LG made big changes in the G5’s camera area.  They went from a 16MP sensor on the G4 to one 16MP and another 8MP wide-angle sensor for dual cameras and upgraded the software.  This goes up against a highly touted LG V10 camera area that uses one 16MP sensor.  The LG G5 retains the 8MP FFC from the G4 for selfies and video chatting while the LG V10 added dual 5MP cameras for its FFC.  LG decreased the removable battery size from the 3,000 mAh used on the LG G4 to 2,800 mAh, while the LG V10 has a slightly larger removable 3,000 mAh battery, but both devices offer rapid charge capabilities. 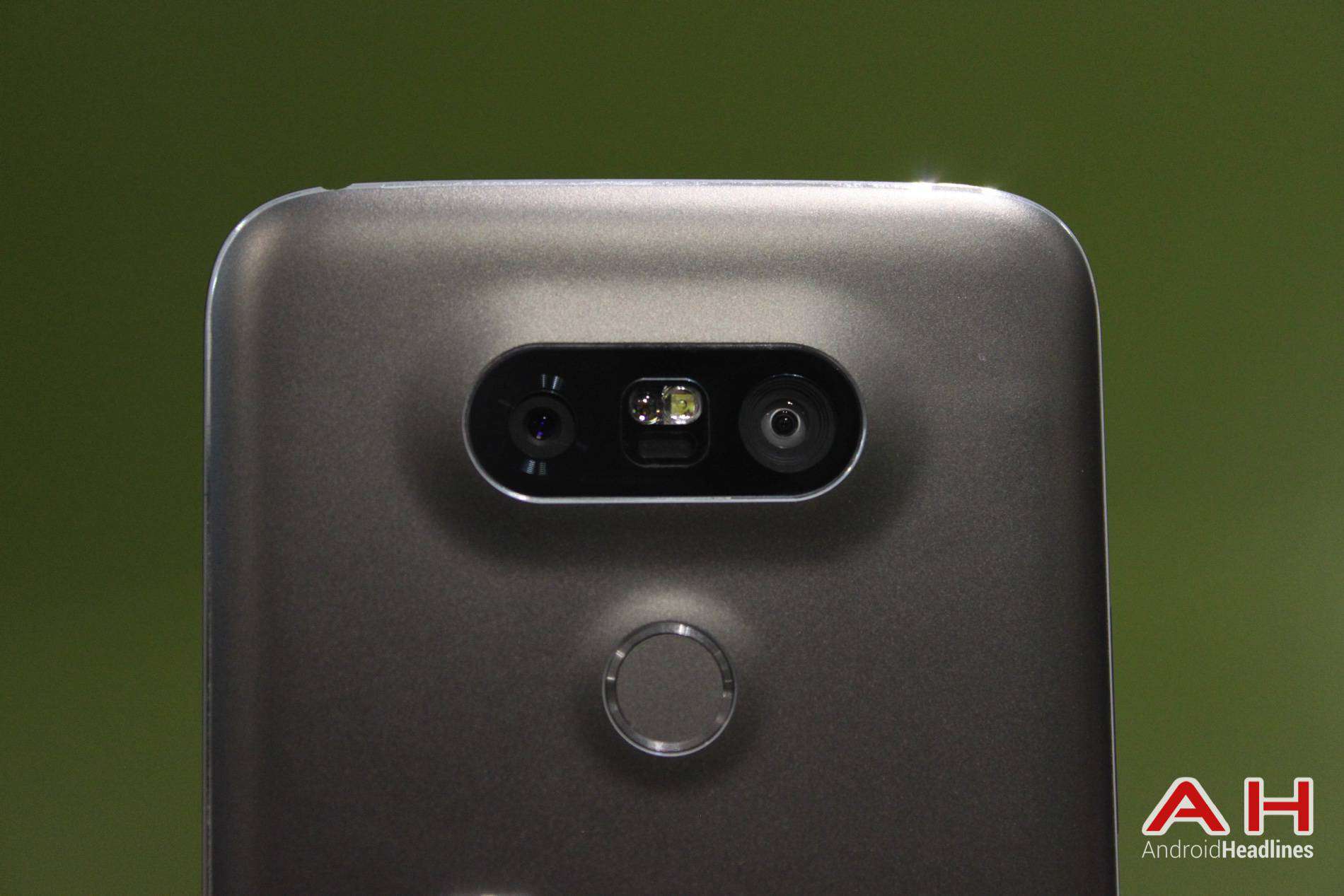 I thought this would be a tough decision, but after examining each of the devices in more detail, the beauty of the LG V10 starts to fade when compared to the internal specifications of the LG G5.  While both devices are made from metal, the V10 just looks more premium, but this is not a beauty pageant and we have to look at what is inside.  It is only natural that the LG G5 has newer technology since the V10 was introduced in October.

The new LG G5 does have a slightly smaller display, but many people prefer that size for a daily driver and it has more PPI because of it and uses the ‘always-on’ feature.  It does not have the secondary display – something else to break – that functions like the ‘always-on’ display on the G5.  The main news inside is that the G5 uses the newest 64-bit Snapdragon 820 quad-core processor and Adreno 530 GPU which is quite a step up from the Snapdragon 808 hexa-core processor and Adreno 418 used in the LG V10.  The main camera is technically superior over the V10’s setup and while the G5 must be tested, it would be odd for LG to now make improvements in this area on the G5.

Like I said earlier, if this was a beauty contest, the LG V10 would mostly win, but when you have a superior processor, DDR4 RAM, better GPU, upgrade in the camera area, retain the removable battery and expandable memory and add the module feature and still keep the price about the same – we have a winner in the LG G5.