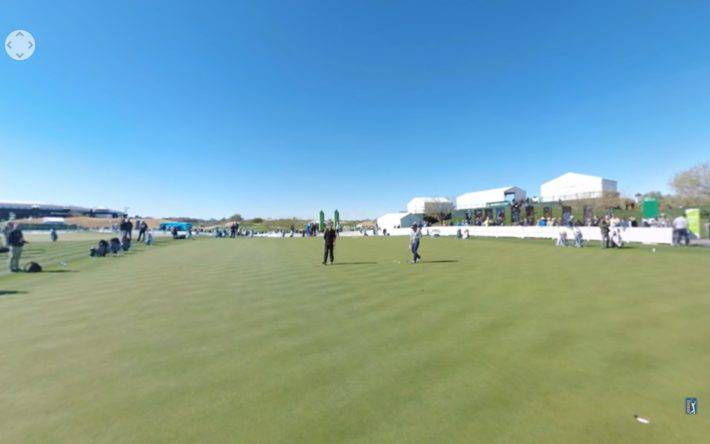 The PGA Tour, long thought of as one of the pinnacles of professional golf, has traditionally been available mostly via traditional channels such as television or apps and services specific to the PGA Tour. On February 11, however, they announced the release of their first set of VR content. The new content was shot in partnership with VR content firm IM360 over the course of two days at the Waste Management Phoenix Open at TPC Scottsdale. The four videos are available in 360 degree, VR-friendly format via Oculus on Samsung's Gear VR.

IM360 partnered with the PGA tour to produce the videos and the PGA Tour VR app for Gear VR. The plan is to create more content in VR as the season progresses, eventually making it just as big a medium for PGA fans as more traditional fare. PGA Tour Executive Producer Sloane Kelley chimed in on the matter, saying that "Our goal at the PGA TOUR is to bring fans as close to the game and players as possible… VR allows us to do that in a completely new way…" The new content will go beyond the game itself and send viewers to the practice areas, courses they haven't seen before and to behind-the-scenes shoots. The app and its content are free for now, with no official word on if or when that may change.

Two preview videos are available and can be viewed by those without the pertinent VR equipment on YouTube 360. These 360 degree enabled videos feature just a bit of the content that will end up in the full collection. One video shows some putting tips and is hosted by pro golfer Patrick Rodgers. The video is fully immersive and, for mobile viewers, supports Google Cardboard and other similar setups. The other preview video shown is of pro Rickie Fowler taking on the Waste Management Phoenix Open's 16th hole and is similarly 360 degree and Cardboard enabled. The app and content are already available on the Oculus Store for Gear VR. Those interested in seeing the action on offer, can check out the two videos below.