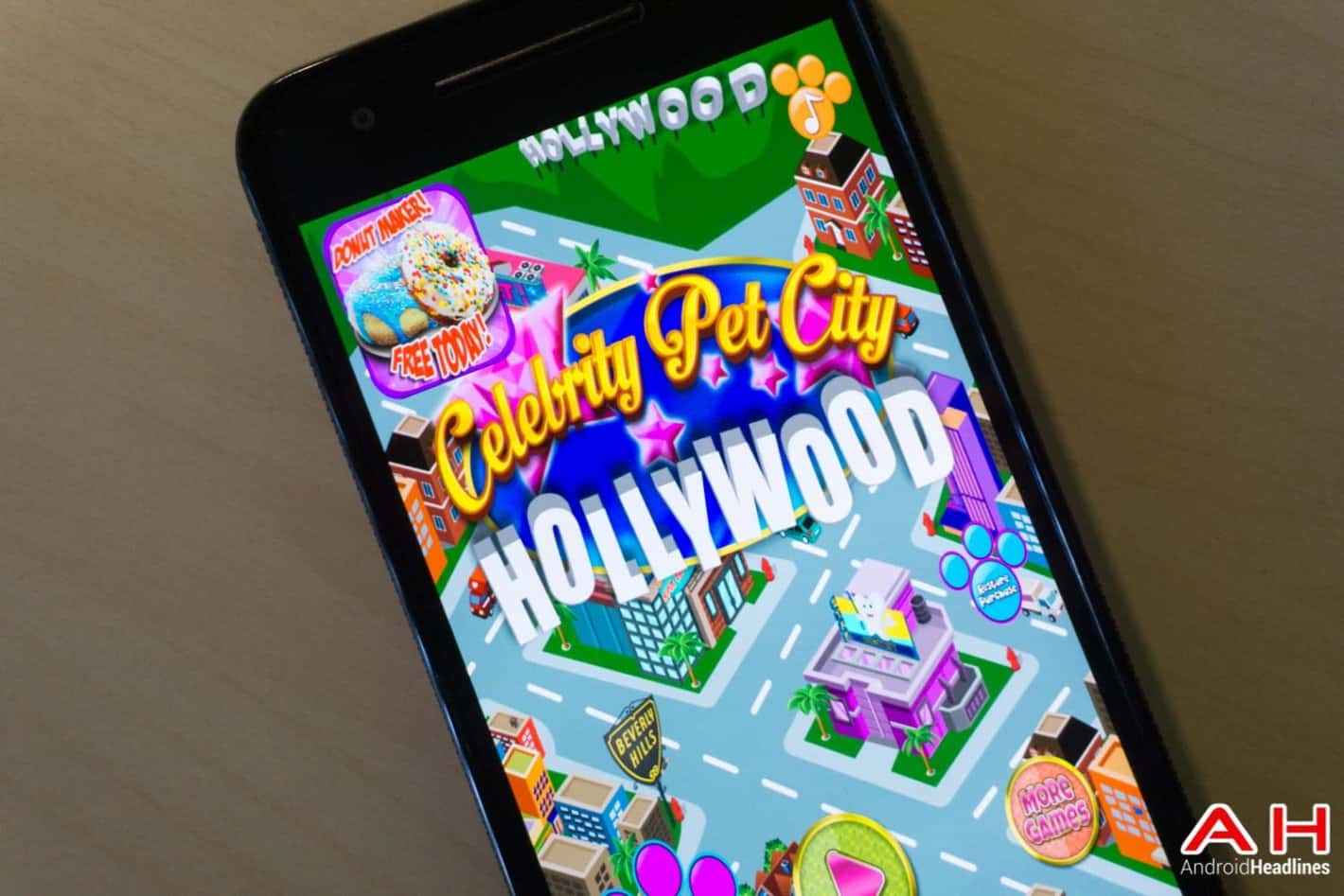 Everyone loves having their own dog to spoil, right? With Pet City Hollywood Celebrity, you're able to do just that. As you turn Beverly Hills and Hollywood into your own Glamorous pet world. The game has over 130 dog themed items that you are able to interact with. You'll also be able to care for, feed, dress and play with your very own pet. There are over 35 interactive activities available here. Not only can you choose from having a dog as your pet, but you also have puppies, monkeys and cats. Let's face it, who doesn't want a monkey?

In the game, you'll be able to explore some of the more famous pet hangouts in Hollywood. Including the Dog House, Dog Spa, Pregnancy Care, Pet Vet, and the Pet Dentist. The Dog house has four mini games within itself, while the Dog spa has 2. All of these hangouts are here for you to take care of your pet, whether they are sick, or just need a day of relaxation at the spa. Pet City Hollywood has 5 celebrity mommy dogs, 5 famous puppies, grumpy cat and a monkey. There are 5 different environments in both Beverly Hills and Hollywood for you to enjoy. There are also 30 squeaky dog toys, and pet friendly vet tools included in the game. Allowing you to treat fleas, ticks, rabies and much more. It's a pretty fun game available for Android, and one that many people might have some fun playing as well.

Pet City Hollywood Celebrity is available for Android 2.3.3 and higher, which accounts for almost all of the Android devices out there. Additionally it is a free to play game. There are in-app purchases which range from $1.99 to $4.99 per item. The developer has added in some ads – which reviews aren't too happy with, likely due to the in-app purchases on top of that. Overall the game looks pretty good, with some nice graphics and such. It's a great way to teach kids how to take care of a pet before they actually get one. You can pick up Pet City Hollywood Celebrity from the Google Play Store today.