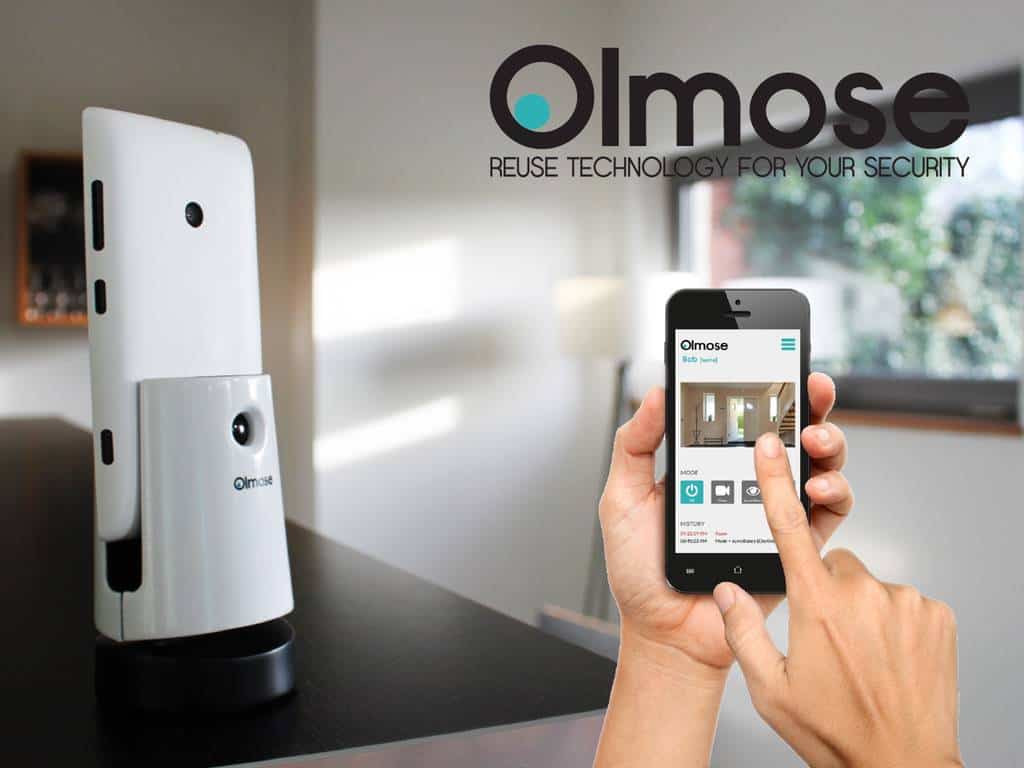 A small tech startup came up with a way to give your old abandoned smartphones a new sense of purpose and came to Kickstarter over the weekend to look for backers who will help it fund that endeavor. The said solution is called Olmose and consists out of two apps. The one titled Guardian installs on your old hardware and turns it into new – or better said old – eyes of your home while the Remote app is the one you use on your main Android or iOS phone to control your newly resurrected minions that you have never thought will be useful again.

Olmose also comes with an optional Dog Station hub that adds some additional features into this cheap home security equation, but the stand isn't required for basic functionality Guardian-Remote functionality. The Dog Station gives you a place to conveniently place and charge your smartphone and is also equipped with its own camera which detects movement. The latter feature even functions at night as the station comes with infra-red sensors. The Guardian app doesn't support too old smartphones, though – only those running Ice Cream Sandwich, i.e. Android 4.0 and newer versions. Of course, that's still a decent install base, as most Android devices released in the last six years fit that description, just don't expect to use Olmose with something like your now-ancient HTC Droid Eris or Xperia X10. Olmose creators also offer some cloud storage space which you can use to save and review your old videos through the Remote app which naturally also supports live streaming. The full surveillance functionality only works through a Wi-Fi connection, but if all you need is a GPS tracker to hide in your car or your spouse's coat, then the only thing you have to worry about is that your Android device has enough battery power and that a Guardian app is installed on it.

The basic Olmose package that comes with a Guardian app for a single Android device can be pre-ordered on Kickstarter for $21.50 while the Dog Stand solution will set you back $64.50. At least a year of free cloud storage is included in all tiers, and after your subscription period ends, you'll be able to renew it for $26 per month. Not unexpectedly, those looking for multiple Guardian apps are able to preorder them at a small discount. Even though Olmose may not seem that cheap at first considering it's a software-only solution that requires you to already own the necessary hardware, it is still significantly more affordable than its main competitors like Nest, Oco, and Canary. Nest, for example, has recently started offering a surveillance cam 3-pack for $497. Regardless of that, it remains to be seen whether Olmose actually does end up competing with these surveillance solutions, or at least whether it ends up on the market thanks to crowdfunding, as it's currently sitting at less than 10% of its â‚¬100.000 goal with 28 days to go.