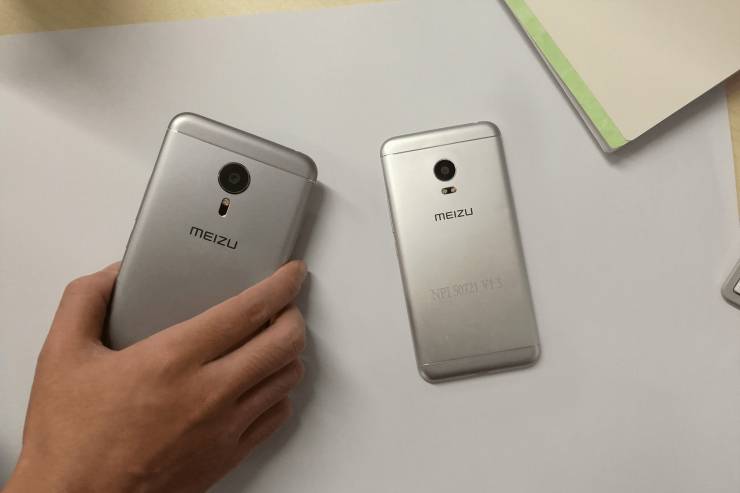 Meizu was extremely successful last year, the company has managed to sell 20 million smartphones, which is a huge improvement compared to a year before when they shipped out 4.4 million handsets. The company has introduced a number of devices last year, but the Meizu PRO 5 is definitely the highest-end one. This handset was introduced last September, and it packs in really high-end specs, including the Exynos 7420 64-bit octa-core SoC, 3GB / 4GB of RAM, 21-megapixel camera, 5.7-inch fullHD AMOLED display, etc.

That being said, this handset has been available in the market for quite some time now, and Meizu has even released the Ubuntu version of this handset prior to the Mobile World Congress (MWC), in partnership with Canonical. A couple of months ago, first Meizu PRO 5 Mini rumors started coming in, and since then, we’ve seen quite a few details leak out. Meizu was expected to introduce the Meizu PRO 5 Mini in the first half of this year, but that might not happen after all. The Meizu PRO 5 Mini was supposed to be a flagship handset in a smaller body, a 4.7-inch display was supposed to be used here. Well, Meizu did plan to introduce this phone, but it seems like their supply of this handset has been severely damaged by an earthquake in Taiwan. Meizu’s Huang Zhang and Li Nan have decided to share this news with everyone via Weibo (Chinese social network). This earthquake would considerably push back Meizu’s PRO 5 Mini plans, so the company has decided not to release it at all it seems.

This news comes straight from the company’s executives, so it can definitely be considered official, no matter how odd it might be. We now know for sure that the PRO 5 Mini was planned, but that it won’t be released, ever. Meizu will, instead, focus their efforts on developing the Meizu PRO 6, and quite possibly the PRO 6 Mini which might get released at some point. If the company intends on sticking to their release cycle, the PRO 6 Mini will be introduced in Q3 or Q4 this year, and it remains to be seen if the PRO 6 Mini will be in their plans at all. Either way, stay tuned, we’ll report back as soon as we get more details on the matter.