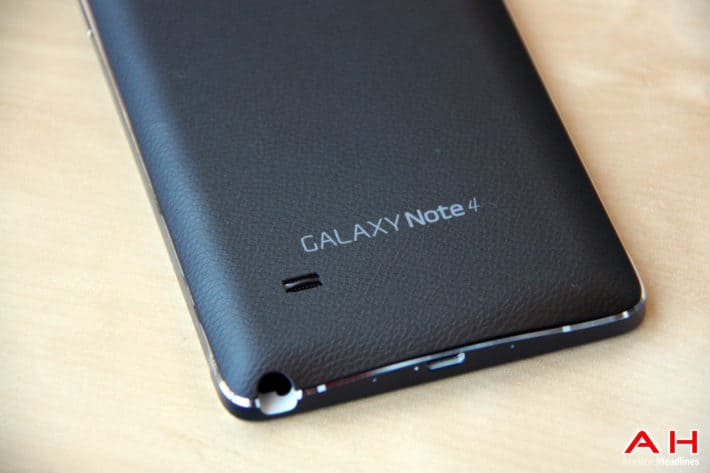 As we're waiting for Samsung to introduce their new flagship devices at the end of this month, we're getting tons of additional Samsung-related info. The Galaxy Note 4 might not be the latest and greatest by Samsung, but it's still quite a powerful device that many people use on a daily basis. The Galaxy Note 4 was introduced back in September 2014, and the Verizon Wireless variant of this phablet is receiving a new update as we speak, let's see what's this all about, shall we.

Verizon has announced that the software version LMY47X.N91OVVRU2BPA1 is rolling out to the Galaxy Note 4. This is not a major update, it doesn't bring along big changes within the software, but Verizon did mention that it improves performance of the device, and it also brings security patches to the tablet. This is not an update to Android 6.0 Marshmallow or anything of the sort, the software version will stay on Android 5.1.1 Lollipop (with TouchWiz on top, of course). This is an OTA update, so it should hit your device soon if it hasn't already, and if you feel impatient, you can always check for it manually in the settings.

As already mentioned, the Galaxy Note 4 is definitely not Samsung's most powerful device, but considering it was the company's flagship phablet before Galaxy Note 5 was announced, it still packs quite a bit of power. This smartphone sports a 5.7-inch QHD (2560 x 1440) Super AMOLED display, 3GB of RAM, and 32GB of expandable storage on the inside. The phablet is fueled by the Snapdragon 805 quad-core SoC (though the Exynos variant is also available in other regions), and it packs in a 3,220mAh removable battery. The 16-megapixel OIS camera is available on the back of the Note 4, and a fingerprint scanner is built into the physical home button. As a reminder, Galaxy Note 4 originally shipped with Android 4.4 KitKat, but has been updated to Android 5.1.1 Lollipop.That is more or less it, the Galaxy Note 4 received yet another update, but not Android 6.0 Marshmallow, though that update wasn't expected to hit the Note 4 yet. That being said, stay tuned for additional Samsung coverage, MWC is right around the corner.