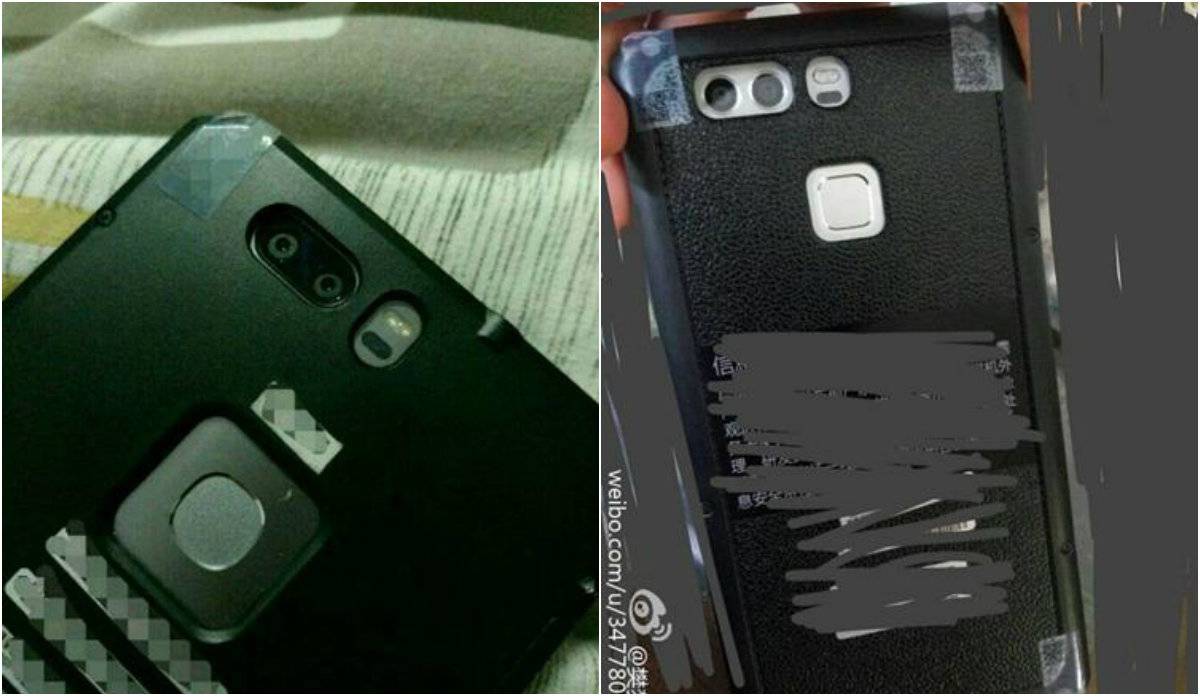 Huawei is currently the third largest smartphone manufacturer in the world. This company was immensely successful last year, they've released a number of compelling devices, and have managed to sell 108 million smartphones. Their sales are on the right track this year as well, though we're still waiting for Huawei to introduce one of their higher-end smartphones. The Huawei P9 line of devices might be the first to arrive when it comes to such phones, and we've seen quite a few Huawei P9 leaks thus far. First the renders leaked earlier this month, and case leak followed soon after that.

This time around we have yet another Huawei P9 leak to share with you. If you take a look at the the first two images in the gallery down below, you'll get to see the alleged Huawei P9 covered with a case, so we don't really get to see the full design here. Still, the cutouts on the back do reveal that this leak actually goes hand-in-hand with pretty much everything we've seen thus far. In the upper left corner you'll notice two rear-facing cameras, which actually seem to be equally big, is it possible Huawei intends to use two identical sensors here? Well, according to previous leaks, we're looking at either 12 or 13-megapixel snappers here. Next to those cameras, you'll see the dual-LED flash, and the Laser Autofocus. The fingerprint scanner is also available here, as you can see, and this leak more or less re-confirms that the Huawei P9 will be made out of metal, though that was to be expected. Now, the third image in the gallery actually shows off the render of the alleged device, but this seems to be a render made by a third party source based on leaks, more than an actual product, it's a bit different than the previous renders we've seen, and it looks less realistic.

If leaks are to be believed, the Huawei P9 will ship with a 5.2-inch fullHD (1920 x 1080) display, along with 4GB of RAM. The device is said to pack in Huawei's HiSilicon Kirin 955 64-bit octa-core processor clocked at 2.3-2.5GHz, and Android 6.0 Marshmallow will come pre-installed on this smartphone with the company's Emotion UI (EMUI). The 2,900mAh battery has also been mentioned, and so has the Type-C USB port which will be located on the bottom of this phone. Now the Huawei P9 Lite and P9 Max will probably launch alongside the Huawei P9 considering that was the case with the Huawei P7 and P8 as well. The Huawei P9 is expected to cost a bit less than 3,000 Yuan, if rumors are to be believed, and you can expect it to be announced in the coming weeks.