Now, it is worth mentioning that Xiaomi did not release their flagship smartphone last year, which influenced their sales numbers considerably. The Xiaomi Mi 4 was introduced back in July 2014, and the Mi 5 was expected to be announced a year later, but Xiaomi opted to wait for the Snapdragon 820 to become available, and that didn't happen last year. LeEco has introduced a Snapdragon 820-powered handset, the Le Max Pro, last month, but that device still isn't available for purchase. Still, Snapdragon 820-powered phones are going to become a reality really soon, we expect first models to become available in the coming weeks. Speaking of which, Xiaomi's exec has confirmed that the upcoming MI 5 flagship will be powered by the Snapdragon 820 SoC, and the company will introduce this handset on February 24th, during the Mobile World Congress (MWC) in Barcelona. 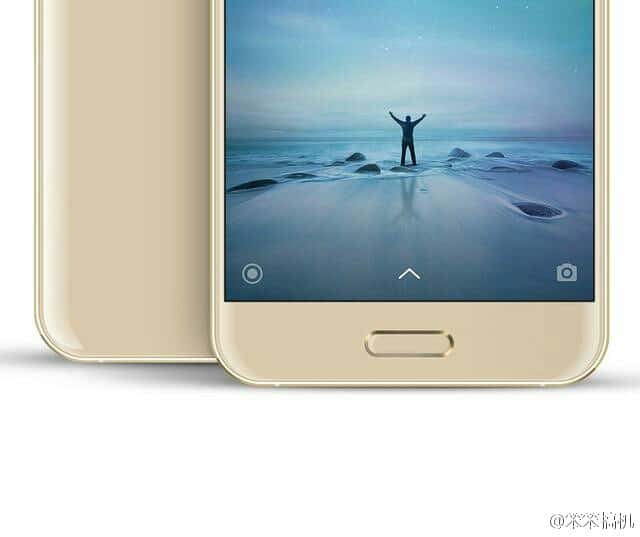 We've already seen tons of info when it comes to the Mi 5, various rumors surfaced, renders leaked, and some details were confirmed by Xiaomi's officials. We do know that the phone will be fueled by the Snapdragon 820 SoC, while we also know that it will sport a 1080p (1920 x 1080) display, not the QHD panel. This is not all though, a screenshot that was posted by Lei Jun, Xiaomi's co-founder, also confirmed that the phone will offer dual-SIM functionality, which is always useful to have, NFC, and 4G LTE connectivity has also been confirmed by that image. That is pretty much it as far as official info goes, but based on various rumors and leaks, we might even know the rest of the MI 5 story, read on.

More than one Xiaomi Mi 5 benchmark surfaced in the last couple of weeks, thanks to which we might even know MI 5's specifications, partial specifications that is. The Xiaomi Mi 5 will almost certainly going to ship with Android 6.0 Marshmallow out of the box, Geekbench listing confirmed as much, and on top of it, you'll get Xiaomi's proprietary MIUI 7 Android-based OS. Now, various leaks said that both 3 and 4GB RAM variants of this phone will be available, and that Xiaomi plans to introduce both an all-metal, and metal + glass variants of this phone, which means that we might get two different designs of the Mi 5 in the end, which is interesting. Take this info with a grain of salt though, tons of stuff leaked recently, and it's not exactly easy to differentiate legit info from rumors, even though we're doing our best. More than one rumor confirmed this fact, so it might even be true. The Mi 5 will, allegedly, feature a 5.1-inch 1080p (1920 x 1080) display, and will be available in a number of different internal storage variants, as it's usually the case with Xiaomi's flagships. The 3,600mAh battery has also been mentioned several times, and so has the 16-megapixel OIS rear-facing camera.

Now, as far as the design is concerned, I've already mentioned that two variants of the device have been rumored. The all-metal variant is supposed to offer a metal unibody build, while the metal + glass model will ship with a metallic frame placed in between two sheets of glass. Pretty much every leak that surfaced in the last couple of weeks has reported that the Mi 5 will sport a physical home button below the display, which seems to be a really probable outcome. This more or less means that we'll see a fingerprint scanner included on the inside of that home button, though Xiaomi could opt to include the ultrasonic 3D fingerprint scanner, even though that seems somewhat improbable at the moment.

The Xiaomi Mi 5 will definitely get announced during Xiaomi's February 24th event in Barcelona, but an additional product has also been rumored, the Mi Drone. Xiaomi's drone has surfaced a couple of times now, and initial reports said that it will be announced at the end of last year, but that didn't happen after all. A new report popped up quite recently, and said that the original Xiaomi Mi Drone resembles JDI's products way too much, and that Xiaomi needed to alter its design. The report also said that this drone might make an appearance on Xiaomi's February 24th event, and its concept is rather interesting. This drone would be controlled by Xiaomi's fitness band, the Mi Band, at least according to some leaked sketches of the drone. The Mi Band would basically be drone's guide in a way, and the drone would follow the Mi Band under a certain angle, which would be perfect for various video shots. We assume that Xiaomi also plans to introduce an Android app which would make it possible to connect the drone to your smartphone / tablet in order to set it up and even control it manually, but this is just a guess.

So, is there anything else to say? Will Xiaomi introduce anything else at the Mobile World Congress 2016? Well, it's quite possible. You can expect the company's current lineup of devices to make an appearance at the trade show, and on top of all that Xiaomi might announce some additional smart gadgets in Barcelona. This Chinese smartphone OEM tends to introduce quite a few of these smart gadgets throughout the year, like a smart scale for example, so they might opt to either release new ones at MWC, or re-release some already available ones. The Mi TV 3 will almost certainly make an appearance, and you can also expect various smartphones there, as well as the MI Pad 2 tablet which was introduced at the end of last year.

That is more or less it. We're certain of only one thing at the moment, Xiaomi MI 5 is coming, and the rest are only rumors at the moment. It is also worth mentioning that this is Xiaomi's first international trade show, so they will definitely want to leave a great impression, and showcase as many products as humanly possible. Consider MWC to be Xiaomi's way of introducing their brand to the general public (outside of Asia), and this might also be Xiaomi's way of saying: 'we're coming to the international market this year, get ready'. Either way, stay tuned, we'll be present at the Mobile World Congress and will make sure to keep you up to date with the happenings over there, including Xiaomi's announcements.