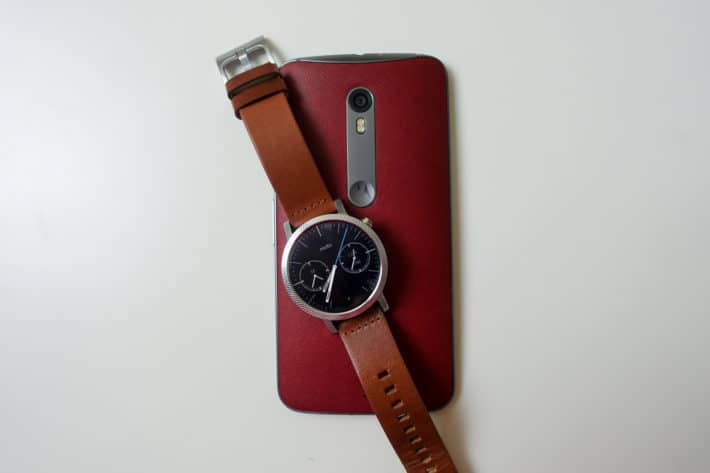 On Thursday, Google announced a new update that would be making its way to Android Wear in the coming weeks. It brings along some new voice commands for sending messages, speaker support and some new gestures for browsing through the cards on your smartwatch. Google noted that it would be rolling out to all Android Wear smartwatches in the coming weeks, and now Motorola has announced that it'll be coming to their second generation Moto 360, as well as posting a changelog detailing all the changes coming in this update.

Some of the changes coming in this OTA for the Moto 360 include bringing in some new languages. This includes Mandarin (Taiwan), Cantonese (Hong Kong), Indonesian (Indonesia), Polish (Poland), Dutch (Netherlands) and Thai (Thailand). In addition to that, we have Doze making its way to the Moto 360 second generation. This, as Motorola describes it, is a new smart feature which helps your watch to preserve battery when idle. Similar to how Doze works on your smartphone in Marshmallow. They have also added screen dimming, which should help with battery life as well. Part of Marshmallow is bringing in new app permissions, and now that's making its way to Android Wear as well. Motorola notes that to modify permissions for a particular app go to Settings and then Permissions on your watch, and adjust the permissions for the particular app you wish to change.

Moto Body also got some changes here. With Moto Body Running, you are now able to track your indoor run with Moto Body. It will record your time, pace, distance, and heart rate while you are running. Additionally you can still sync that with other services, as usual. Like Google Fit, Fitbit, MapMyRun and much more. Motorola has added the ability to manually set the date, time and time zone on your Moto 360. This is independent of your smartphone as well. We also have some Bluetooth headset audio improvements coming in addition to performance improvements and bug fixes with this update.

Motorola didn't mention when the update would start rolling out. But we do know that it is coming soon, thanks to the Android Wear team. It should be appearing in the next few days, and as soon as it does, we'll be sure to share the OTA link with everyone so you're able to sideload the update to your watch.