Shortly after the Samsung Galaxy S7 series was announced at Mobile World Congress last Sunday, a handful of case manufacturears came forth and introduced their latest creations designed for the South Korean company's latest premium smartphones. Caseology has announced a total of 6 cases for the new series so far, and numerous other brands including Spigen, Speck, and Poetic are among the top 10 best case manufacturers for the Galaxy S7 and Galaxy S7 Edge. Now Mophie joins the party with a new "Juice pack" series of cases, promising extended battery life as well as wireless charging capabilities.

Mophie's Juice pack cases have been around for almost 10 years. The first Juice pack was designed for the original iPhone released in 2007, and since then the company expanded its product portfolio to include a much wider range of smartphones, including Samsung's Galaxy S and Galaxy Note series. With that in mind, there's no surprise that Mophie has been working on a new generation of Juice packs for the latest Samsung Galaxy S7 and Galaxy S7 Edge.

The new series of cases feature a 3,300 mAh battery which should extend the smartphones' lifespan on a single charge by up to an additional 13 hours of mixed usage, or up to 11 hours of video playback. What's interesting to note is that, unlike Samsung's own battery pack-come-case which recharges through a USB port and passes the current along using the Galaxy S7's wireless charging coil, the Mophie Juice packs can actually be recharged wirelessly. The energy reserves are then "poured" into the Samsung Galaxy S7 / Galaxy S7 Edge's battery through the smartphone's USB charging port, which should make the whole wireless charging experience much more convenient. No longer will you be required to remove the case in order to recharge the smartphone's battery wirelessly, and you won't have to fiddle with USB charging cables either.

As yet there's no word on when the Mophie Juice packs for the new Samsung Galaxy series will be released, but it's safe to assume that the cases will be available on, or around the smartphones' expected shipping date (March 11). Price-wise the Mophie case for either one of Samsung's new flagships will set you back $99.95 or â‚¬99.95 depending on region. 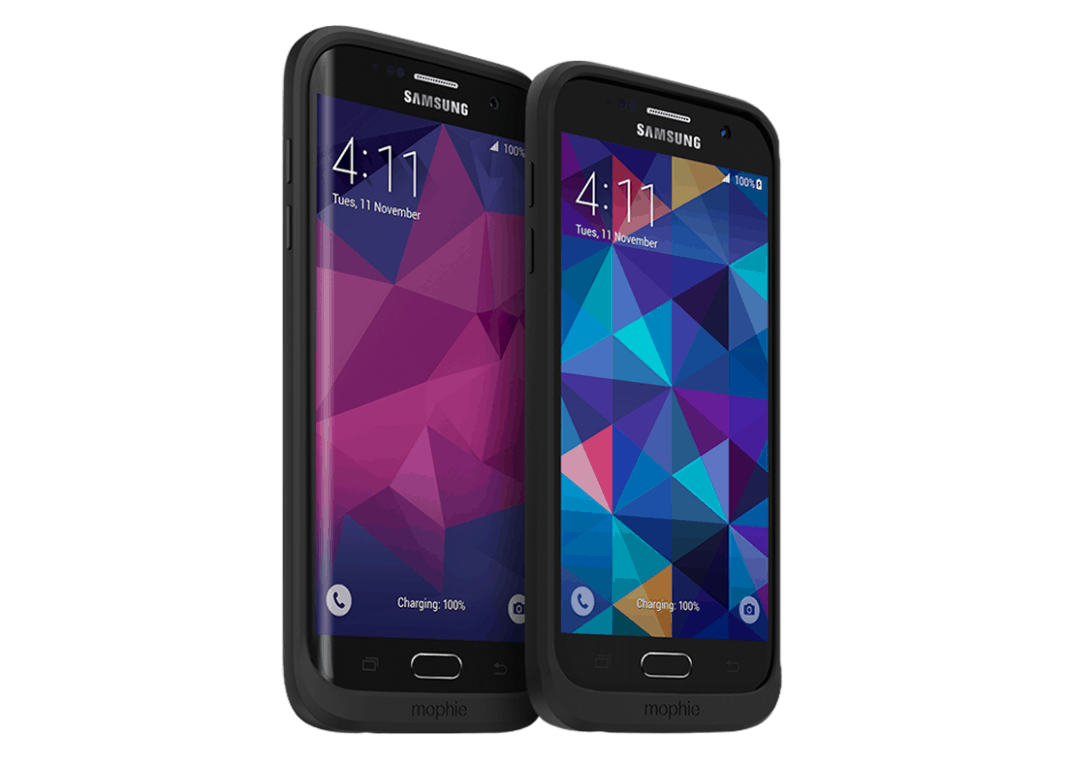