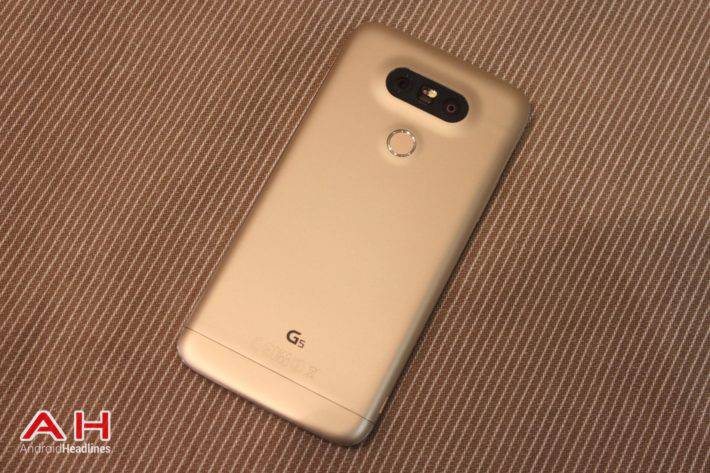 Last Sunday, LG unveiled their 2016 flagship device, the G5. A few hours later, Samsung officially announced their flagship devices, the Galaxy S7 and Galaxy S7 edge. The key difference between the Galaxy S7 and S7 edge are that the S7 edge has a larger screen and a higher capacity internal battery, but otherwise the devices are we are led to believe almost identical. The G5 and the S7 have some similarities but are also different – they're both based around the Qualcomm Snapdragon 820 System-on-Chip paired up with 4 GB of RAM, all three devices have large, QHD resolution displays of 5.1-inch (S7), 5.3-inch (G5) and 5.5-inch (S7 edge). Each model runs Android 6.0 Marshmallow under their particular manufacturer's software overlay. In the differences, the LG G5 has a removable 2,800 mAh battery, whereas the S7 and S7 edge use fixed batteries of 3,000 mAh and 3,600 mAh respectively. The Galaxy family use a 12MP camera and the G5 uses dual cameras, one a 16MP unit and the other a 13MP wide angle unit. And all three devices contain a MicroSD slot, with both manufacturers stating at their device will not allow Android Marshmallow's "adopted storage" feature.

For 2016, Samsung returned the MicroSD card slot to the Galaxy S family, having removed it from the 2015 Galaxy S6 device. LG maintained the MicroSD card slot for the 2015 G4; but their treatment of the new Android feature has upset some potential customers. To describe adopted storage, this is an operating system feature designed to expand a device's internal storage area by locking a MicroSD card down such that it will only work with a particular device. Android encrypts and subsequently adopts the MicroSD as part of the hardware, treating the storage on the card as though it were internal memory. This simplifies the placement of applications, as whilst many apps can be placed on the MicroSD card, some do not run properly from this location. Industry experts believe that adopted storage was introduced to help Android One devices, which traditionally ship with 4 GB of internal storage but much of this is occupied with the operating system – the MicroSD card can be used to boost effective storage by, typically, up to another 32 GB (unformatted capacity).

Samsung have said that they are not enabling adopted storage because it would confuse customers; the concept is that a removable card is actually no longer removable, and that of course customers have managed just fine without adoptable storage until now. MicroSD cards can still be used to store some lightweight applications, music and video. The other argument is that MicroSD cards are significantly slower than internal storage; Samsung made much of this with the introduction of the Galaxy S6 and their new memory chip technology this time last year. Why would they deliberately hobble a cutting edge, superfast processor and internal memory, with a slow memory card? That could create a bad experience for customers, especially as some will still be using a 16 GB MicroSD card they bought for their Galaxy S III from 2012.

Both the Galaxy S7 and LG G5 are launching in just the 32 GB variant around the world and supposing the manufacturers occupy 10 GB of this for the operating system, this leaves 22 GB of internal space for applications. Is this enough? For some customers, it will likely never be enough, but for many – 22 GB is probably more than adequate, especially when third party applications store media on the MicroSD card. However, for some customers, that the manufacturers have not given us the ability to decide if you want to try adopted storage or not is frustrating. Nevertheless, this is Android and it's entirely possible that ROM developers will be busily figuring out how to enable the setting.