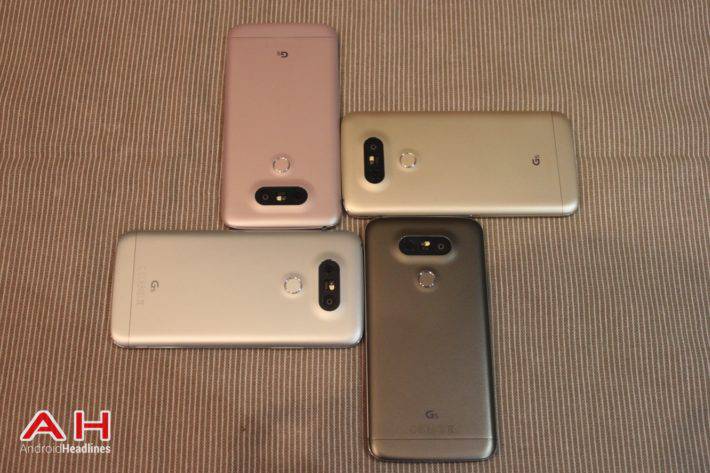 In Barcelona today, LG made the LG G5 official after loads of leaks and rumors. It's LG's fifth generation of their G series (formerly the Optimus G), and it's going to be available everywhere, as you'd expect seeing as this is their flagship smartphone for 2016.

Currently, LG hasn't made any information public about which carriers will be carrying the LG G5. However, both Verizon and AT&T have announced that they will be carrying it "this spring". Still awaiting official word from T-Mobile and Sprint, although it would be very surprising if those two do not carry the LG G5, as the previous three models were available on all four US carriers.

As far as the price goes, we also don't have that information just yet as that information is usually made available when the phone goes on sale. However you can best believe that it'll be around the same price as the LG G4, which was around $499 off contract or full retail when it launched last April in the US.

The LG G5 is packing a pretty full list of specs, we're looking at a 5.3-inch 2560×1440 resolution display and powered by the Qualcomm Snapdragon 820 processor. Just the second smartphone to be announced using that processor (that is until Samsung's Unpacked later tonight). We're also looking at 4GB of RAM and 32GB of storage. And an improved 16-megapixel sensor around the back. Which if it's improved over the LG G4, then you're going to have one amazing camera back there. We are, unfortunately, looking at a smaller battery here with a 2800mAh battery. Where the LG G4 sported a 3000mAh battery, however it did also have a larger display. Meaning that it should still perform just as well, as far as battery life is concerned.

LG hasn't announced any plans to sell an unlocked version of the G5 here in the US. Which isn't too surprising, seeing as they haven't done that before with their previous flagships. Although it would be a nice change of pace for those that want the LG G5, but don't want to buy through a carrier.

Update: T-Mobile has now announced that they will also be carrying the LG G5.