LG is announcing a raft of new devices today, and while they all focus around the new G5 smartphone, LG is calling this the G5 & Friends, with lots of accessories and add-on devices. Two of those would be their new 360 VR virtual reality headset and the accompanying LG 360 CAM. LG has dabbled in virtual reality before, making a better version of Google Cardboard for their LG G3 some time ago. Now they're offering a better option to experience VR content as well as the ability to create your own.

Starting with the LG 360 VR this is LG's new virtual reality headset and it's designed to work as a standalone display, without the need to slot in your smartphone like Cardboard or Samsung's Gear VR. It's designed to be as compact and light as possible, and packs in two 1.88-inch displays each with resolutions of 960 x 720. This gives the LG 360 VR a pixel density of 639 pixels per inch, which is better than the majority of smartphones with Quad HD displays. What's nice about this option from LG is that it won't be too heavy on someone's head, as there's no additional smartphone packed in there as well. Plus, this is a good-looking VR headset, or we should say it looks better than some larger, more boxy options out there. Measuring 164.07 x 185.61 x 45.9mm and weighing just 125g all-in, this is definitely one of the lighter devices out there, that's for sure. It's compatible with Google Cardboard as well as YouTube, and will presumably work with a wide range of VR apps and games already available. It connects to the G5 using a USB Type-C cable, but this could also work with other devices as well, it seems. 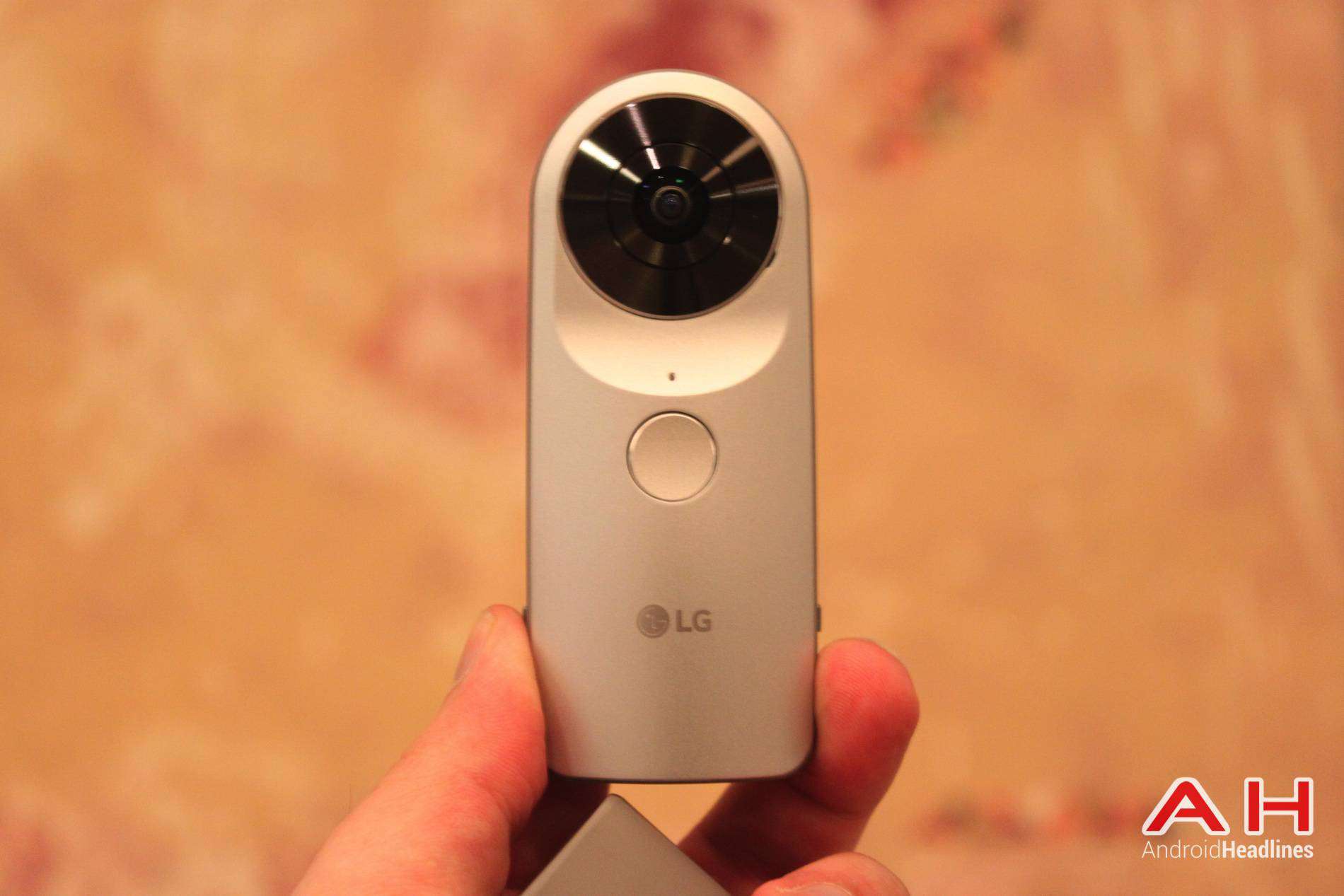 When looking at LG's 360 CAM, we can't help but think of HTC's Re camera, which was then stellar in terms of sales performance for the Taiwanese firm. While the form factors might be similar, this is LG's low-cost and easy way of enabling users to record 360-degrees video wherever and whenever they might be. This is achieved by two 13-megapixel cameras either side of the 360 CAM with 200-degree wide-angle lenses capturing everything as it moves. Users can take 360-degree stills or 180-degree stills as well as video, making this a flexible little device. There's a 1,200 mAh battery here, that's rated for 70 minutes of recording on a single charge, and when connected to the app, users can change numerous settings like the ISO and more in a manual mode. Just like everything else LG is announcing, this connects using USB Type-C as well. LG told us that it would work with YouTube's 360-degree video spec as well as help create Street View images, too. The little camera will record up to 2K video and shouldn't be too expensive when it launches later this year. we have some more images below, too.