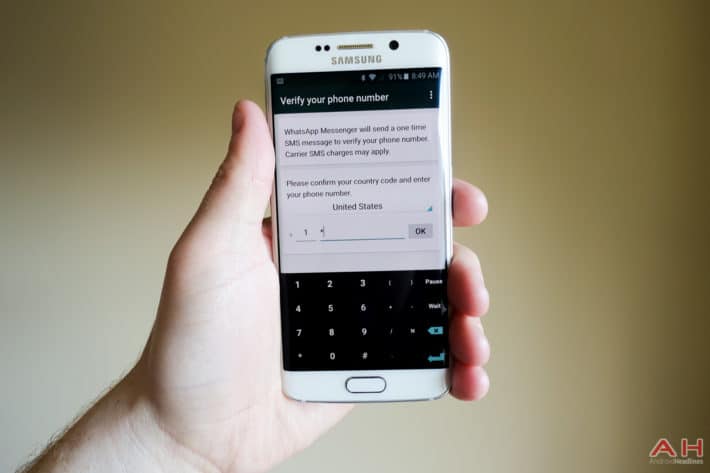 WhatsApp is one of the most popular messaging apps in the world. In fact, it is the most popular. As it's the only messaging app to have over a billion downloads, and counting. WhatsApp was picked up by Facebook not too long ago, and since the purchase, we've seen all sorts of new features coming into WhatsApp. Not too long ago, we saw WhatsApp update with some new emojis that were part of Android 6.0.1 and the latest version of iOS. However that was only available for the beta version of the app. Today, the new emojis have made their way into the stable version for everyone.

There are tons of new emojis available here in this update (which it's likely that only those with Android 6.0.1 will see the new emojis). However that's not all that WhatsApp included in this update. We are also seeing a redesigned or reorganized Emoji panel in the app. As you can see in the set of screenshots down below, the number of tabs have almost doubled in this update. Making it easier to find the emoji you want to send to the person you're communicating with. New emojis included in this update include the upside-down face, bottle of champagne, the hot dog, taco and so much more. More than we can name here.

Some of the other cool features in WhatsApp now is the ability to backup your chats and messages to Google Drive. So when you switch devices, or have to do a factory reset, you can restore all of your messages, and not worry about losing them. A pretty nifty feature, and one that everyone loves. 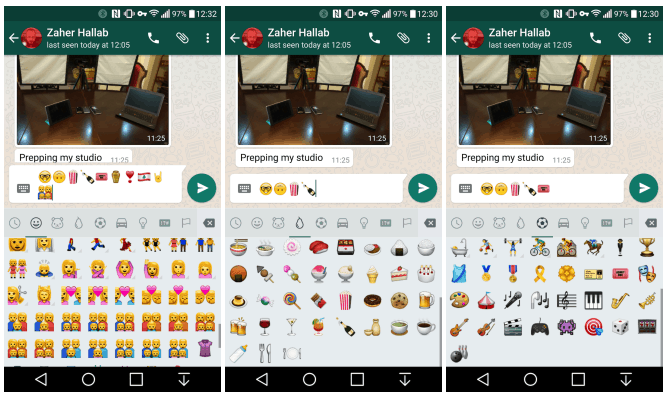