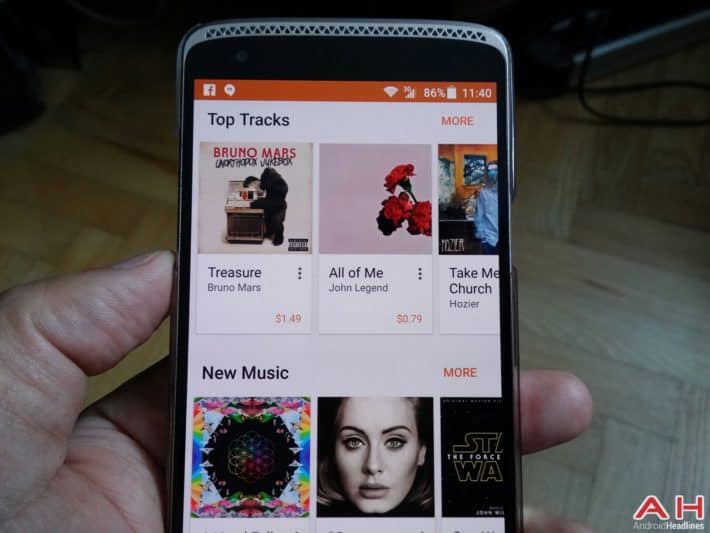 Google Play Music has become a big competitor to the likes of Apple Music and Spotify, and Google isn't content to just let the service trudge along. Instead, they've been adding new features and more value to the service for some time now, including the likes of a family plan and most recently, podcasts. As is often the case with upcoming Google app releases, an APK has been torn apart and has revealed upcoming features coming soon to the app and service. This time around, it's Google Play Music version 6.4 that's gone under the knife, revealing some more podcast settings as well as a partnership for the upcoming BRIT Awards.

Starting off with the news that will make our readers across the pond happy, there's a string inside of the APK teardown that states "Check out this year's nominees plus exclusive live performances from the show, only on Google Play Music". This is as much confirmation that Google Play Music will be the BRITS partner for 2016 as any, and it should allow those looking to hear the live shows a chance to catch up and re-listen whenever they want. For those unfamiliar, the BRIT Awards are essentially a cutdown mini-Grammys for British artists, and will be held this year on Wednesday 24th of February. There's also some notes in the APK about ordering of playlists, including support for Podcasts now, too. Podcast apps, such as the excellent Pocket Casts, have been offering smart playlists and such – making it easy to binge on something like the first series of Serial, for instance – for some time and now Google is playing catchup. They've added options to allow playback from newest to oldest and the reverse, but there should be some more features launching soon, hopefully.

The new version of the app should be rolling out to users right now, and it might already have hit most of them out there. It's hard to tell whether or not podcast support is to become a big focus of Google's, but considering Spotify has branched out in the same area and iTunes has long been a big place for Podcast fans, it's unlikely Google will sit idly by.