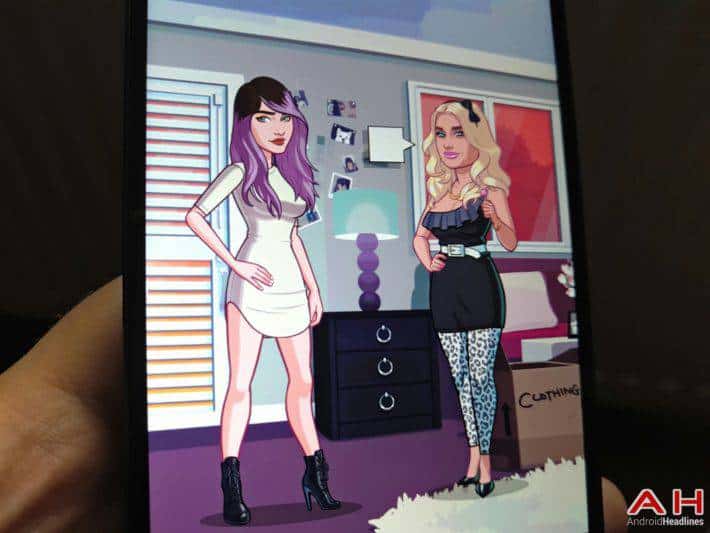 The number of apps currently available in the Google Play Store is incredible. No matter if you're into gaming, reading, drawing… there's an app for pretty much everything these days. That being said, games are actually a huge part of the Google Play Store, same goes for Apple's App Store, and basically every other app store out there. Mobile hardware is constantly getting more powerful, and according to ARM's prediction, it will match PS4 and Xbox One by 2018. This is an interesting piece of info, and we are here to take a look at a gaming title, but not exactly a graphically intensive one, read on.

The app we'll talk about today is called 'Kendall & Kylie', and most of you probably already know what this is. This is a new app in the Google Play Store, and the newest app from Glu Mobile, a developer responsible for Kim Kardashian's app as well. Kendall & Kylie, Kim's sisters, in case you didn't know that, apparently need an app as well, and Glu Mobile was in charge of delivering it. Glu Mobile is actually responsible for a number of celebrity apps out there, aside from the Kardashian / Jenner apps, they've also released the SpongeBob Diner Dash, RoboCop, etc. Now, as far as this app goes, the premise is rather simple, and kind of expected. Your goal is to become a fashion / media star, and in order to do that you'll lead a character in the game, whose look you can and must customize in various ways, this is a fashion game after all. The graphics is more or less the same as it is in Kim Kardashian's game, cartoonish. The game also features Kendall's and Kylie's voices, their characters, and some exclusive video content from them as well. You can share your creations with friends, get followers, etc.