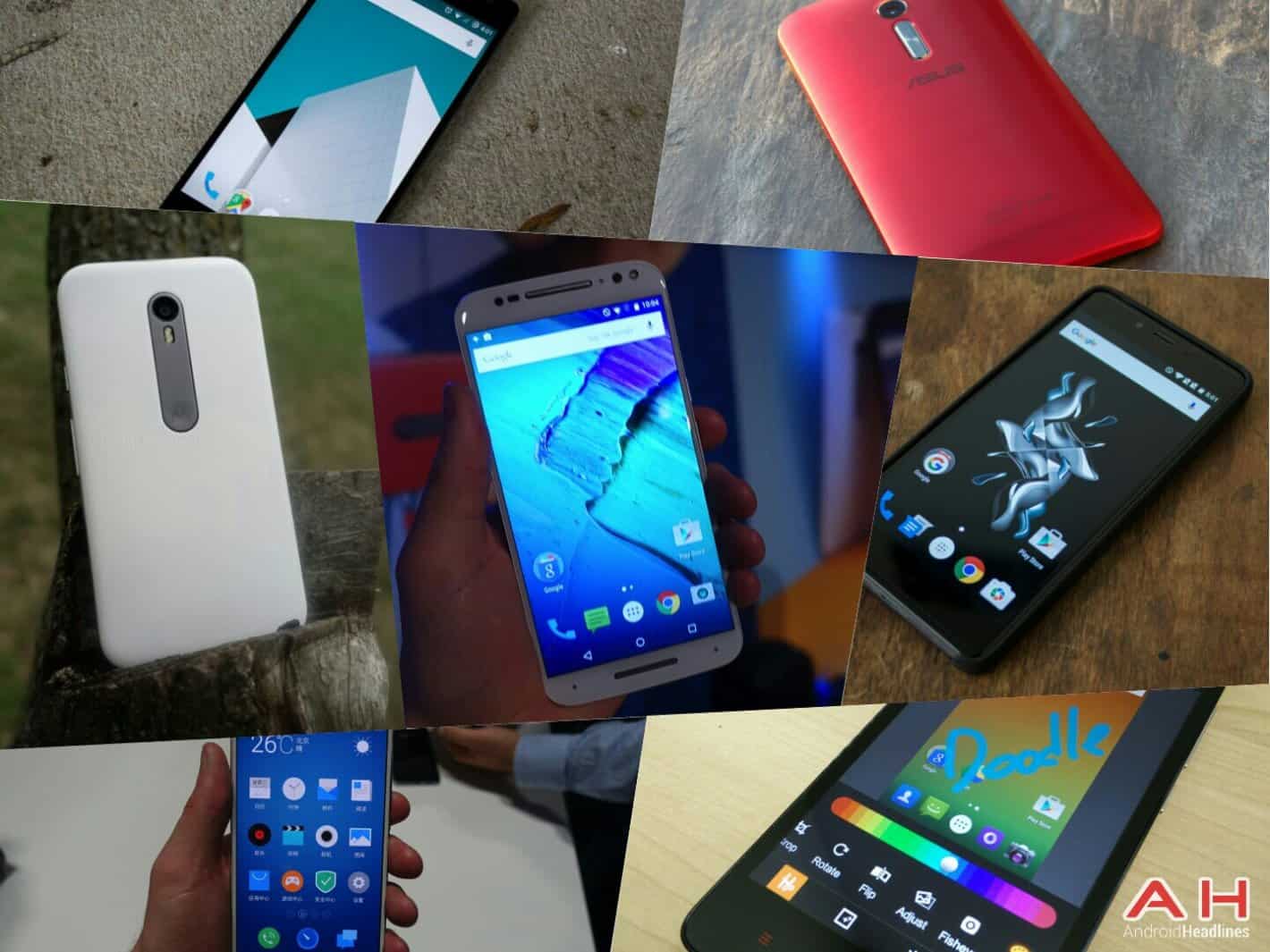 India has been one of the fastest growing smartphone markets in the world. This fact, plus some incentives provided by the Indian government, have managed not only to pull in various smartphone manufacturing companies to sell their smartphones in the country, but also manufacture them there. The 'Make in India' program has proven to be quite successful thus far, and the latest Counterpoint Research confirms that, read on.

According to Counterpoint Research, smartphone shipments in India grew by 23.3%, and have managed to cross the 100 million mark last year. 81.1 million smartphones were sold in India a year before, so this is quite an improvement. "India has inched past the US to become the second largest smartphone market in terms of active unique smartphone user base in the world with the base crossing 220 million users. This speaks volume for the scale India market provides for any player in the mobile connected ecosystem," said Tarun Pathak, a Senior Analyst at Counterpoint Research.

Now, this is quite an improvement for India, but there's still plenty of potential in the country. The smartphone penetration of the total potential population is still well under 30%, which means this year will quite probably be even more successful. More and more companies push their products to India, and with good reason. "The Indian smartphone demand grew strongly during the holiday season in the Q4 2015 quarter. However, the consumer demand waned since mid-November leading to smartphone shipments decline 11 percent sequentially," said Pavel Naiya, a Research Analyst at Counterpoint.

Smartphone shipments grew quite a bit in India, but so did LTE smartphone shipments, if we look at them separately. In Q4 2015, over 40% of smartphones shipped in India were smartphones, and almost half of those were manufactured in India, which only proves how successful is that project. Now, as far as market share goes, Samsung is still in the lead, the Korea-based tech giant holds 28.6% of the market. Samsung is followed by Micromax, an India-based company which is trailing behind Samsung, and currently holds 14.3% of the market. These two companies are followed by Lenovo, Intex and Lava which hold 11.4%, 9.6%, and 6.8% of the market, respectively. Now, keep in mind that we're talking about smartphones here, not all phones in general, though Samsung is no. 1 in the other sector as well, and holds 23.6% of the market (if we look at both feature phones and smartphones). 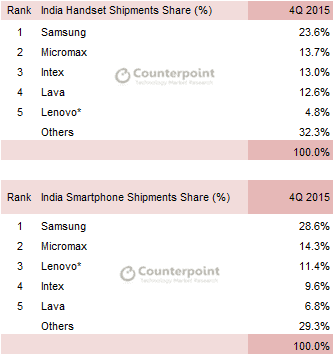