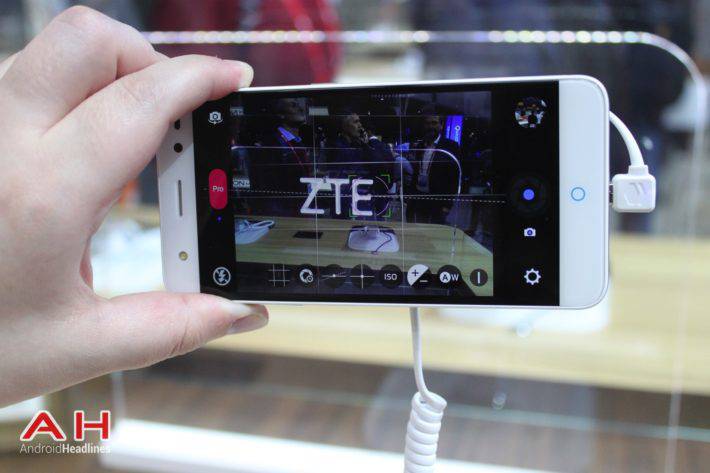 ZTE is launching a pair of brand new phones at Mobile World Congress 2016 and we've gotten our hands on both new models.  The two share namesake but have many differentiators aside from that, with the Blade V7 retailing for $249 while the V7 Lite retails for $189.  Similarities between the two include a metal unibody design, something that's pretty uncommon at this price point, as well as 2GB of RAM, 16GB of internal storage and a 2,500mAh battery inside.  Android 6.0 Marshmallow also comes pre-installed on both devices, although they each run a slightly different skin than the other, as the V7 seems mostly stock while the V7 Lite features a much more familiar skin to other ZTE phones on the market.

First up we'll take a look at the Blade V7, the bigger brother in more ways than just the price tag.  This phone has a rather nice 1080p 5.2-inch display with rounded 2.5D glass to give the feeling of it being made of a single material instead of both metal and glass, as your fingers can smoothly move between the glass and metal frame.  Build quality is certainly better than you'll find on most other phones in this price range, a selling point you'd better believe ZTE will be pushing.  The familar capacitive illuminated circular home button is on the front under the screen, and quite a few other features remind us more of an iPhone 6 design than anything else we can think of.  On the back is a 13-megapixel shooter with dual-LED flash, but curiously no fingerprint scanner to be found.

Oddly enough the less expensive cousin, the Blade V7 Lite, actually features a fingerprint scanner on the back that works similarly to ones you'll find on recent Android flagships.  This fantastic looking circular fingerprint button fits the tip of the finger quite nicely, and feels great thanks to the metal build of the V7 Lite.  The front is a more plastic affair just as Huawei did with the Honor 5x, and definitely looks much cheaper than the Blade V7.  The screen is also 720p at 5 inches too, meaning smaller size and lower resolution, which is likely to keep the performance of the lower power MT6735P processor close to its more expensive brother which is powered by the MT6753 processor.  We've run through a number of software features such as the camera, picture encryption via fingerprint and plenty more too, so be sure to check out the gallery for both phones and let us know what you think!