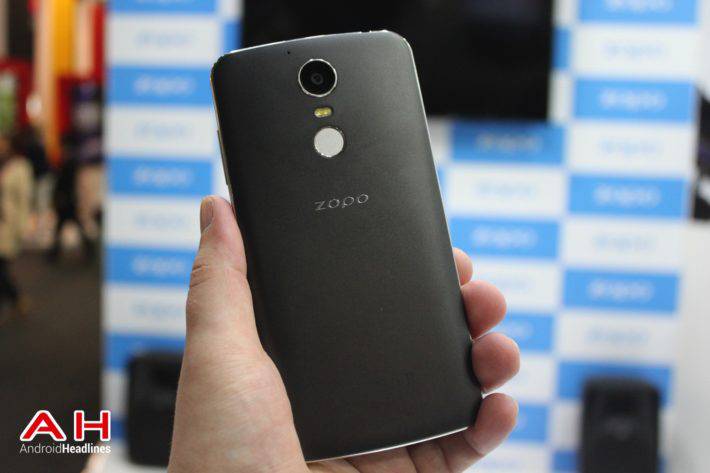 Zopo is one of many China-based smartphone manufacturers to participate at this year's Mobile World Congress (MWC). This company has released the Speed 7 and Speed 7 Plus smartphones last year, and we've reviewed the first one of the two. The Speed 7 was a rather well-made phone, and was a good performer as well, so we expected its successor to be even better. Well, Zopo has introduced the Helio X20-powered Speed 8 flagship at this year's MWC in Barcelona, and along with it, they've also launched the mid-range Speed 7C. We've already covered the Speed 8 announcement yesterday, and are here to take a closer look at both of those devices, read on.

You'll find a number of hands-on images in the gallery down below, images we took while we were checking Zopo's booth at MWC. The Zopo Speed 8 is definitely the more interesting device here, mainly because it's the company's new flagship. This is the first ever Helio X20-powered smartphone as well, which is also interesting. MediaTek's Helio X20 is actually a 64-bit deca-core processor, and aside from that, this smartphone is also equipped with 4GB of RAM and 32GB of native storage. The phone sports a 5.5-inch 1080p display, and a beefy 3,600mAh battery on the inside. The 21-megapixel shooter is placed on the back of this phone, along with the fingerprint scanner. The 8-megapixel shooter is available up front, and Android 6.0 Marshmallow comes out of the box here, with some additions by the company.

The Zopo Speed 7C, on the other hand, is a well-specced mid-ranger. The variant you can see in the images down below actually sports a wood back cover, which really adds to its design. The Speed 7C sports a 5-inch 720p display, 2GB of RAM, and is fueled by MediaTek's MT6735 64-bit quad-core processor. The device features a 13.2-megapixel rear-facing camera, and a 5-megapixel front-facing shooter, while a 2,500mAh battery is available on the inside, and it is removable. Andriod 5.1 Lollipop comes out of the box here, and the device is considerably smaller than the Speed 8, and it weighs 136 grams. There are a number of images down below in case you're interested in them. Now as fro the pricing, we still don't know Speed 7C's price, but the Speed 8 will cost $299 and will be available soon.