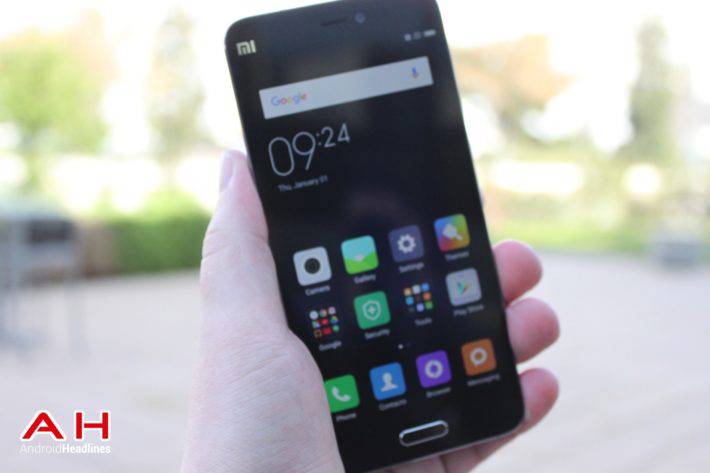 Earlier today, during an event in Barcelona, Spain Xiaomi announced the new Mi 5. As we've come to expect from Xiaomi, the Mi 5 features all sorts of new hardware and software innovations. Becoming one of the first devices to run a Snapdragon 820, Xiaomi have introduced a new design language with the Mi 5 and taken more than a few leaves from other big name play books out there. Those wanting to know what's on the inside, can take a look at our post on specs here, and those looking to read about the main announcement can do so here.

On the face of it, it would be difficult to tell the Galaxy S7 and Mi 5 apart from each other, but there are differences. The glass back on the Mi 5 isn't quite so shiny or colorful, and the 16-megapixel camera around the back doesn't protrude as much or stand out like the 12-megapixel camera on the Galaxy S7. The Mi 5 is launching with a Snapdragon 820, a new fingerprint sensor and it's also adopting USB Type-C, as well. The 3,000 mAh battery keeping everything moving supports Qualcomm's Quick Charge 3.0, and can deliver 2.5 hours of talk time from just 5 minutes' worth of charging.

Xiaomi have gone for the sort of "throw it all in" approach with the Mi 5, and it shows. There's faster LPDDR4 RAM at play here, along with super-fast flash storage which should help larger files load quicker and apps launch almost immediately. An infrared blaster is included here as well, and there are more than enough fancy software features included in MIUI 7, running on top of Android here, to keep people occupied. While these devices are often those that are only sold inside of China, there's a good chance that the Mi 5 will be coming to European and North American markets a little later on in the year. After all, why would the Chinese upstart hold an event in Europe if it had no intention of making the device available there. Those interested in the new Mi 5 can take a look in the gallery below, and look around the site for further coverage on the Mi 5 from today's launch event.