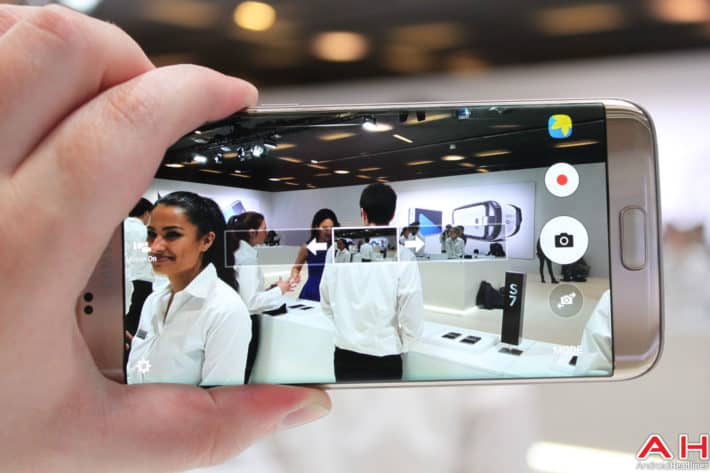 Every major version of TouchWiz to date has featured some renewed visual tweaks whether it launches with a new version of Android or a brand new flagship phone.  Last year Samsung gave TouchWiz, the visual overlay it places over top Google’s Android OS, a significant visual overhaul that featured a brand new look to its icons, menus and even the camera UI.  This overhaul coincided with the launch of Google’s Android 5.0 Marshmallow, another significant visual overhaul announced by Google at their yearly conference in late Spring, and this year Samsung is launching another new version of its UI packed on top of Android 6.0 Marshmallow.

Along with that would normally come a refresh of its camera UI, however it seems that Samsung was content with user feedback on its previous version and hasn’t changed anything significant visually.  Rather than change things visually Samsung has included a few new features designed to make taking pictures just a little bit more interesting.  When holding the phone horizontally as you would normally hold a camera, the left side of the UI features a row of buttons that allow you to quick toggle features like camera resolution and aspect ratio, HDR, flash, timer and any additional ones you want to change out.  As this is customizable you can switch out any buttons for ones that you would normally use more often, making the camera interface more useful to your personal needs.

As the sensor on the Galaxy S7 is different from the one on the Galaxy S6, its 12-megapixel resolution is actually a more standard non-widescreen picture aspect ratio, and as such you’ll notice black bars on both the left and right sides of the screen.  This isn’t present in every mode though, as can be seen in the panorama mode where it changes to a more widescreen aspect ratio to fit everything into the wider frame.  On the right side you’ll find dedicated shutter and record buttons to quickly take a photo or start a video recording without having to switch modes, as well as a switch camera button for moving between front and rear cameras.  Lastly checking out the modes section found via the button next to the shutter we see that Samsung is once again only including a few modes pre-installed with the phone, while additional modes will be available as optional downloads.  Don’t forget to check out all our Galaxy S7 coverage and even some of the cooler accessories from Samsung like the lens cover. 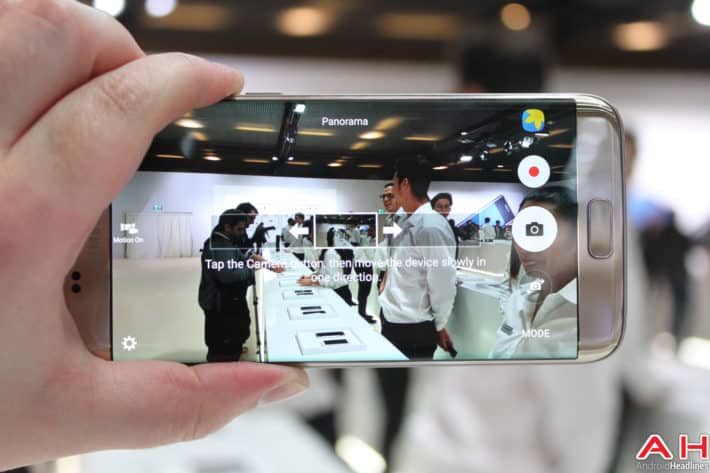 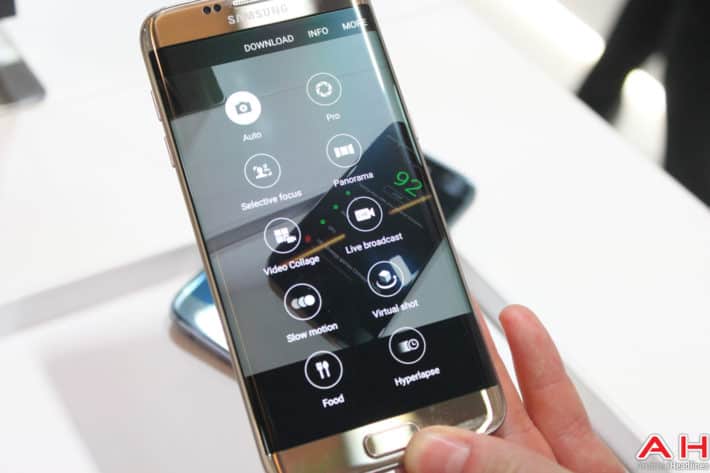 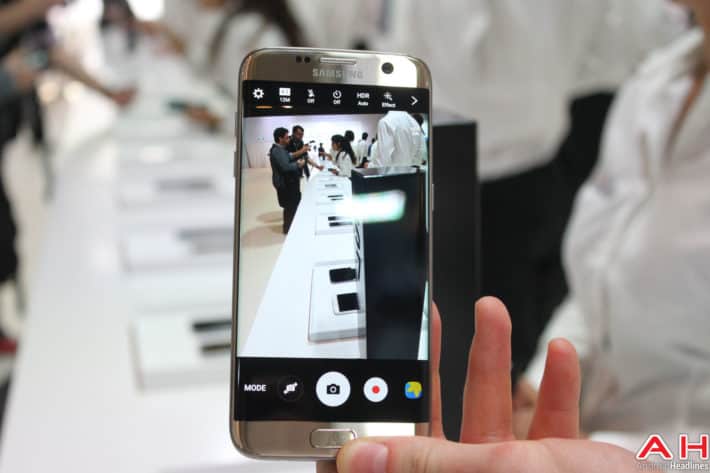 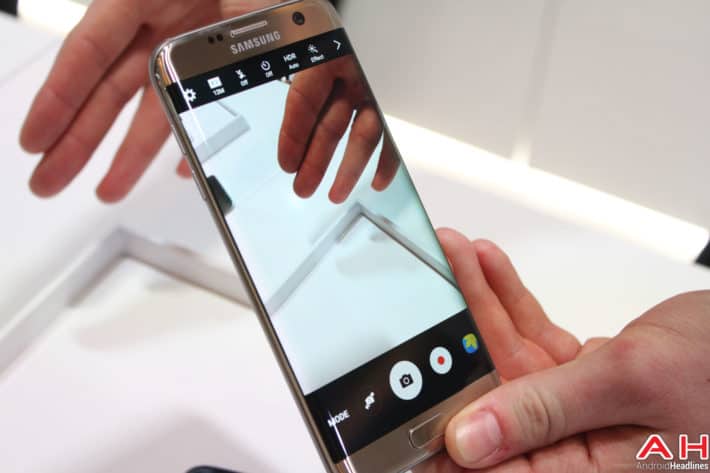 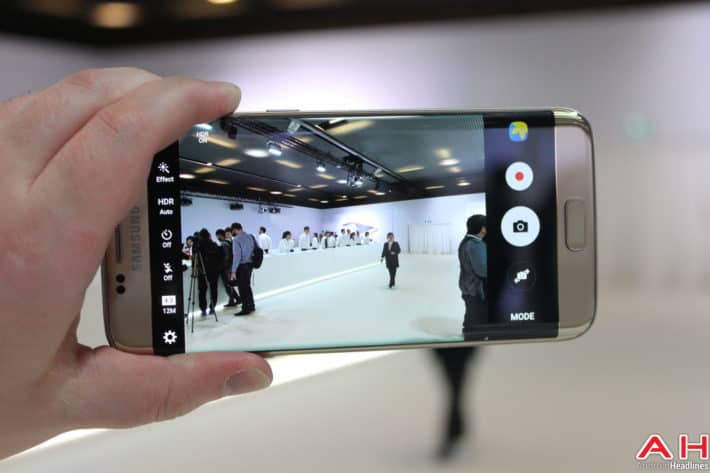 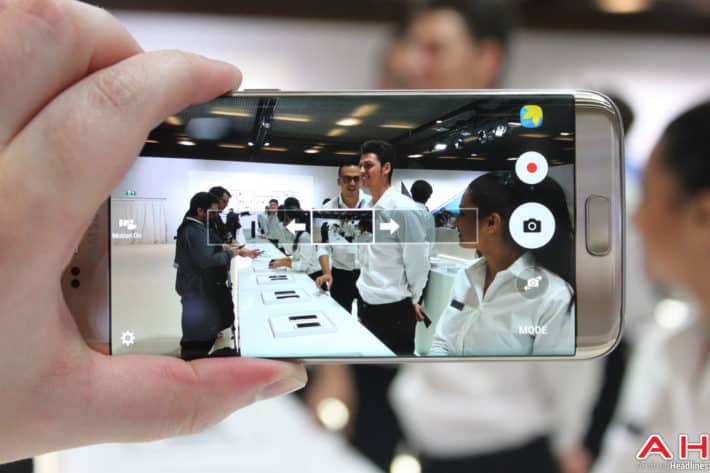 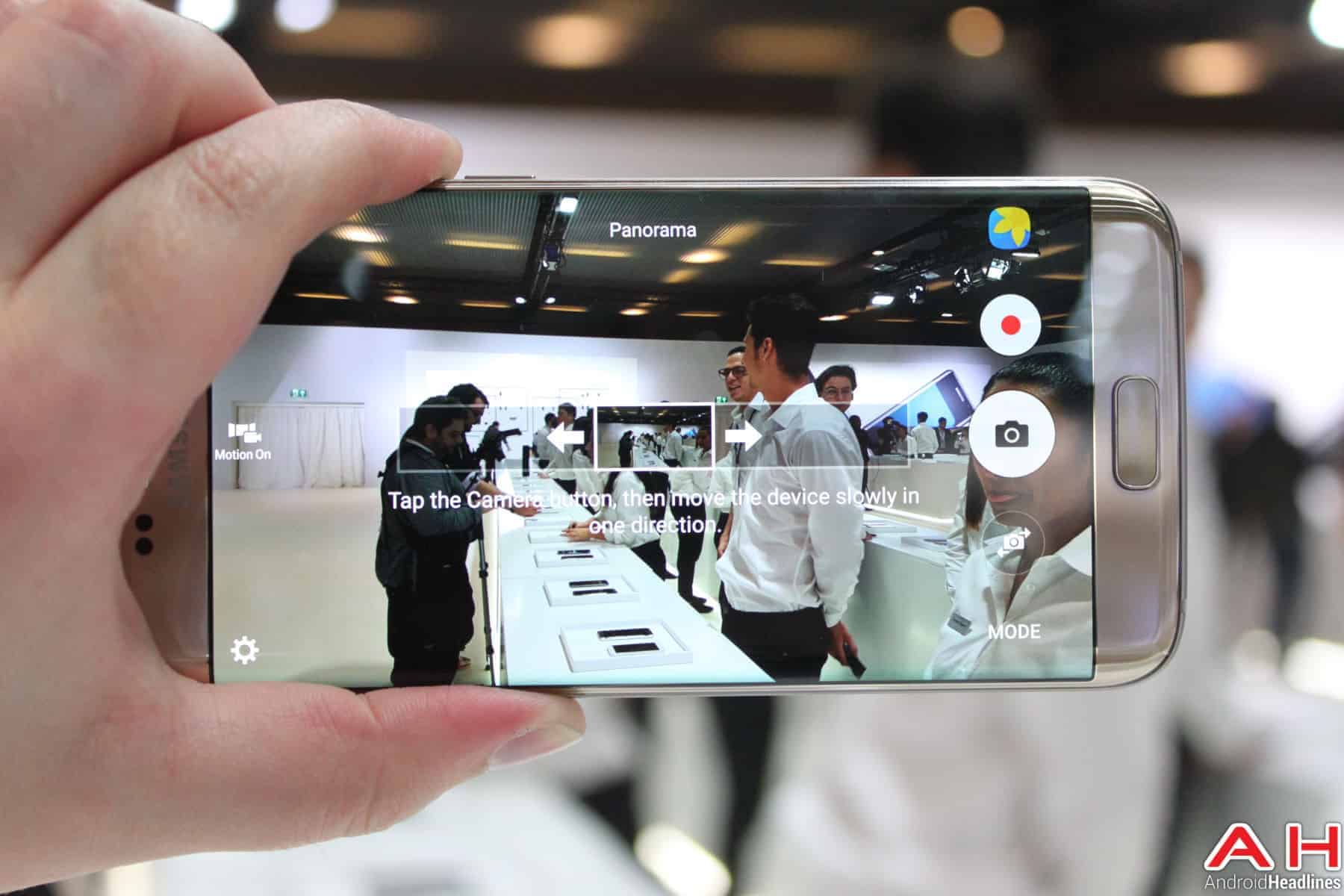 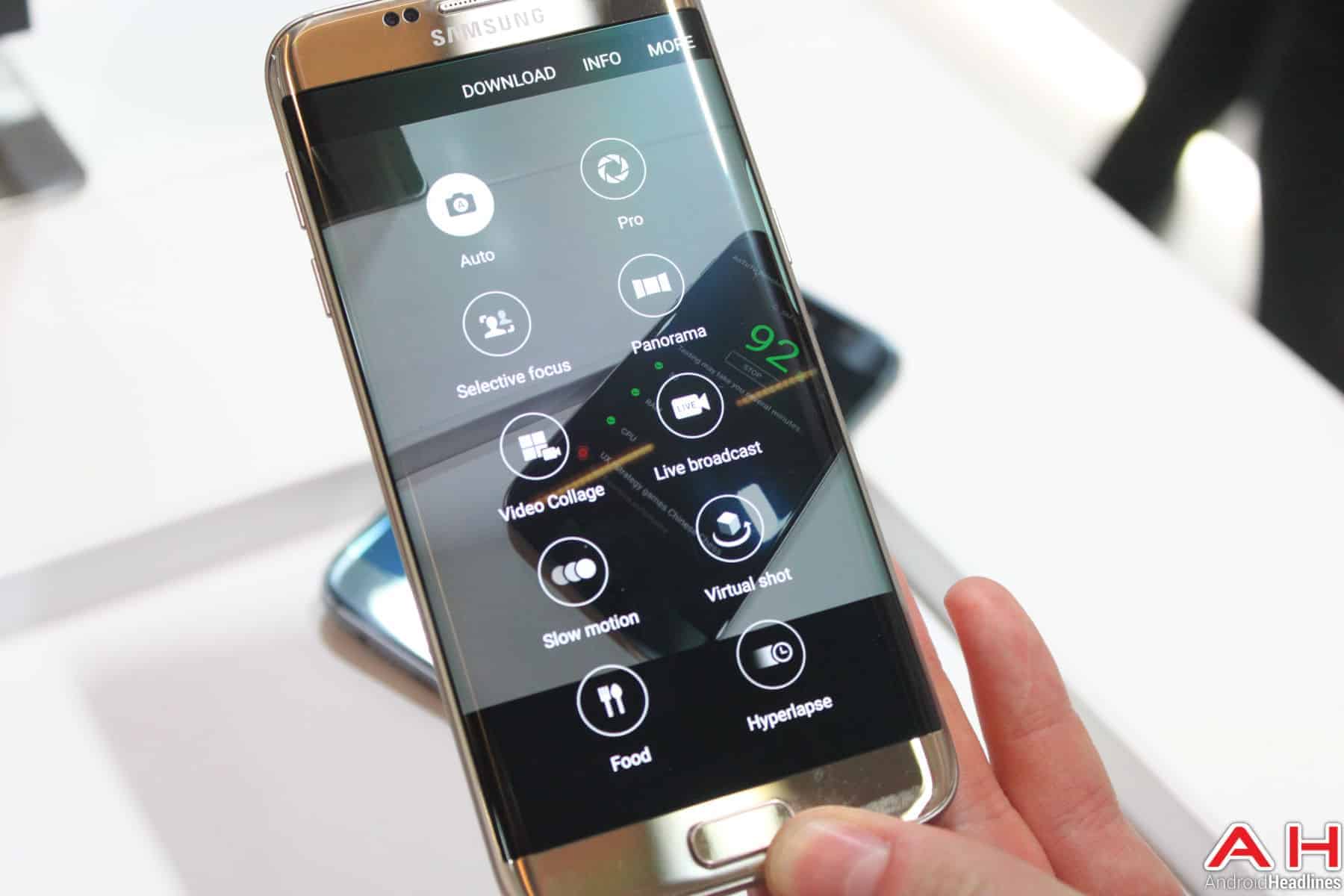 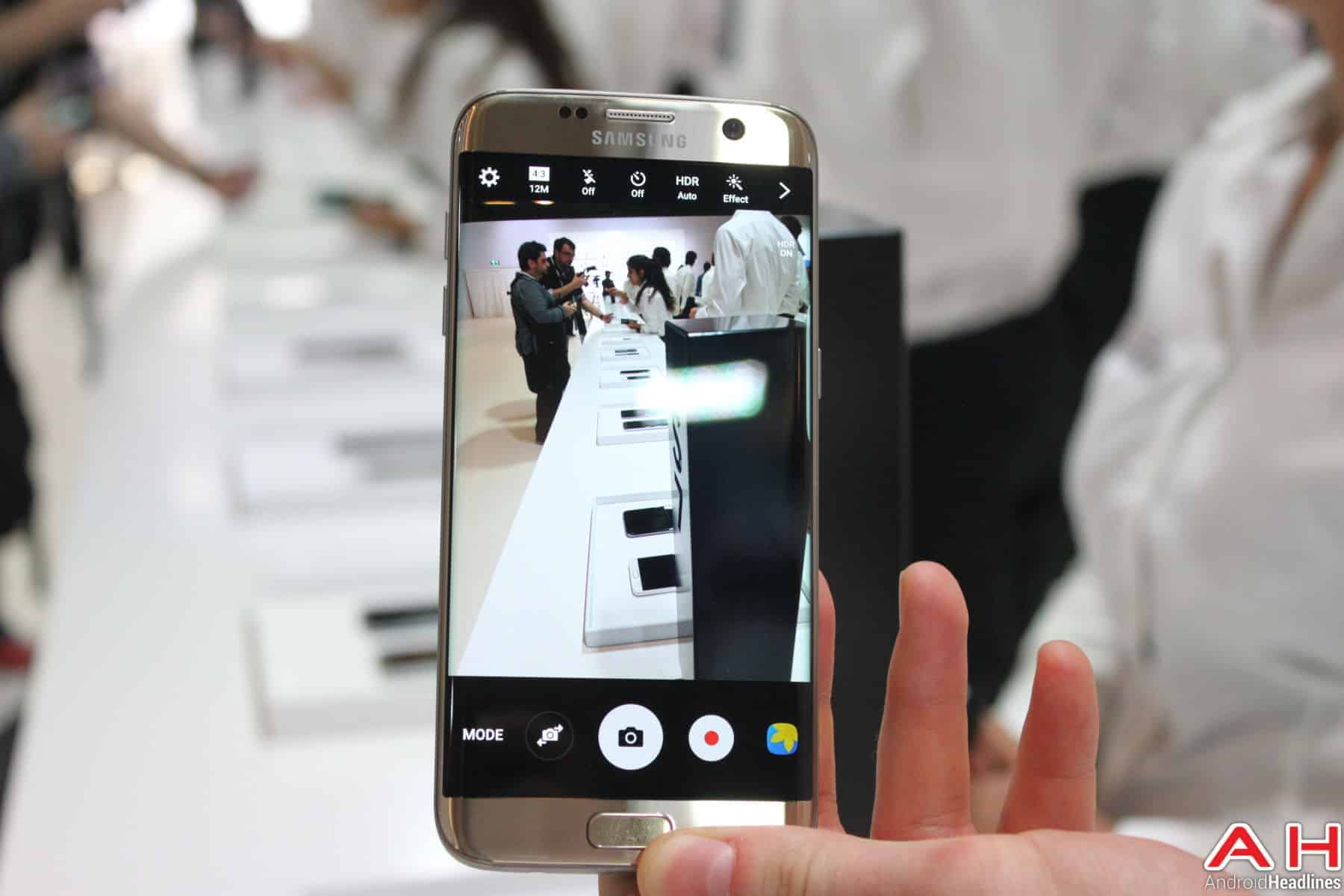 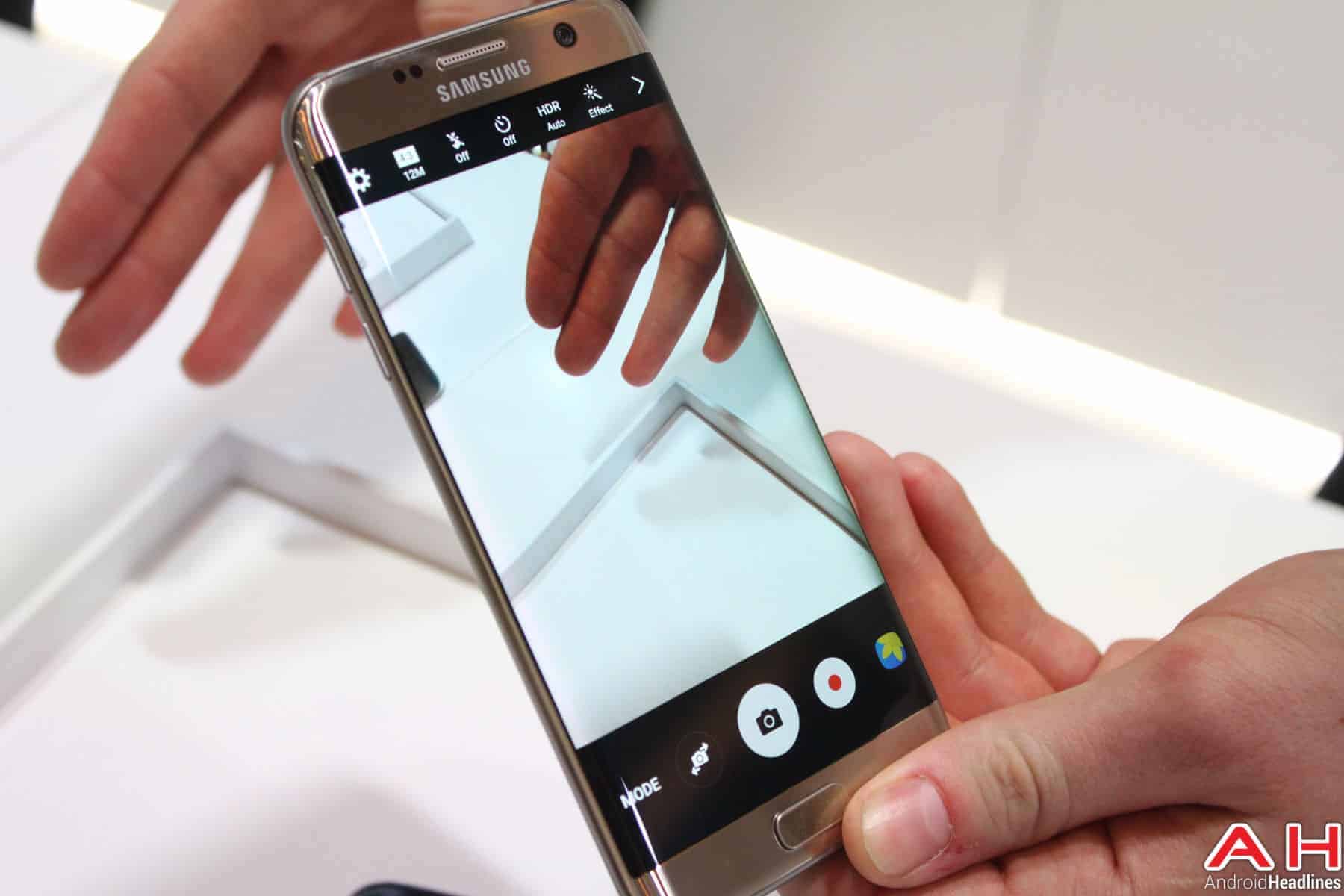 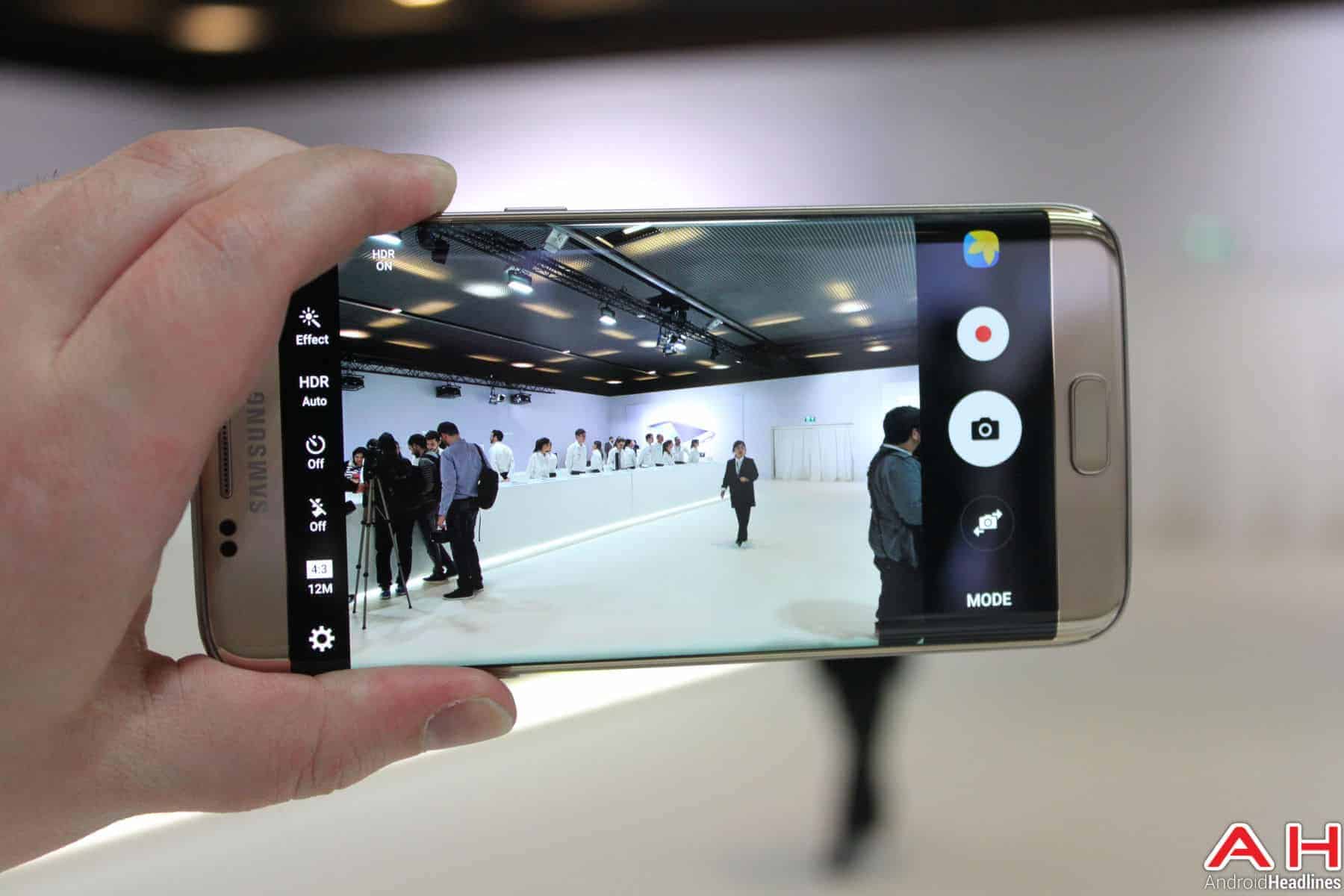 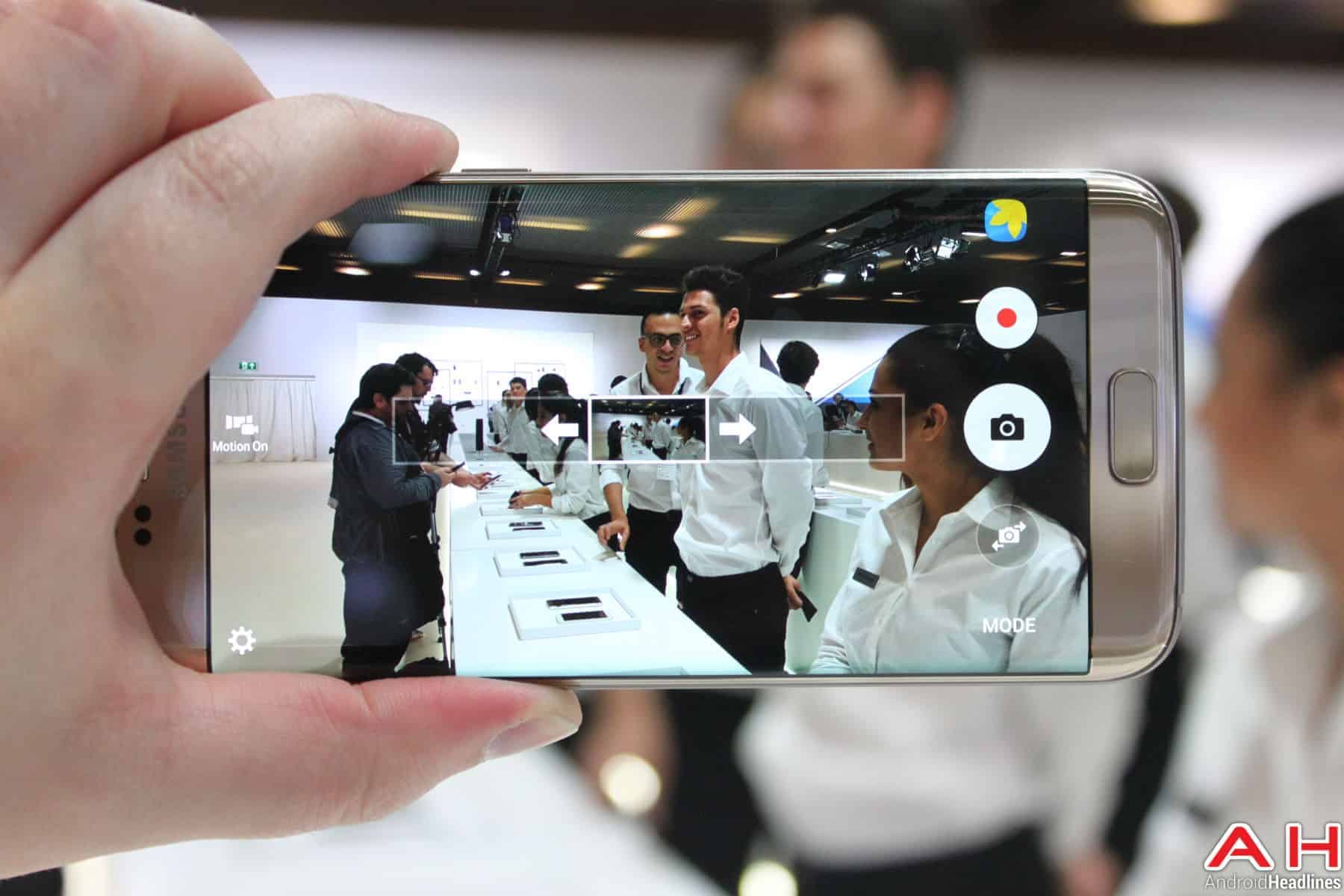