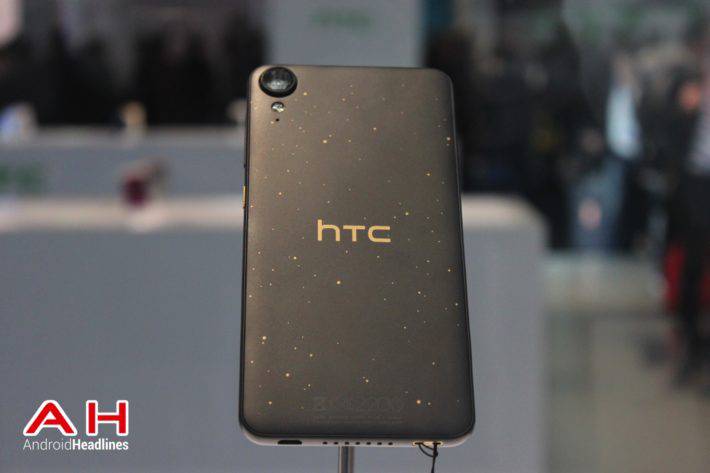 While LG and Samsung were announcing their big flagship releases for 2016, ushering in the modular G5 and evolutionary Galaxy S7, HTC had lesser news to announce. While they were bringing their fancy HTC One X9 to the show floor of Mobile World Congress they also announced some new devices, but not the sort of thing you might have been expecting. HTC's Desire range has been offering some decent value for some time now, and while the random numbers after their model names have become pretty confusing at this point, HTC is still sticking with them. This week saw the arrival of the Desire 530, the Desire 630 and the Desire 825. All imaginatively named, clearly.

All joking aside, we managed to spend some time with at least two of these on the show floor this week, and for budget handsets, they could certainly be a lot worse. The Desire 530 is most definitely the device sitting at the bottom of the pile here, with a Snapdragon 210 processor running the show and a 5.0-inch 720p display front and center. There's a small 2,200 mAh battery here as well 1.5GB of RAM and Android Marshmallow onboard, so things aren't too bad, but this is clearly the sort of low-end device HTC is resting some of its hopes on in the budget Chinese market.

Moving on to the higher-end Desire 825 and it looks like HTC might have a more attractive device on their hands. With a 5.5-inch 720p display and a Snapdragon 400 CPU, the specs still aren't great, but it's the outside HTC is looking to trade on here. The Desire 825 features a nice, speckled finish with some quality touches where design is concerned, and will please those jut looking for a decent device on a budget. It does also feature BoomSound speakers like the rest of the range, and a 13-megapixel rear-facing camera, too. All-in-all however, it appears that despite the higher number adorning this particular Desire's name, there's not much to write home about. For those interested in a good-looking, entry-level device on the cheap however, HTC now have a handset that should tick that box.