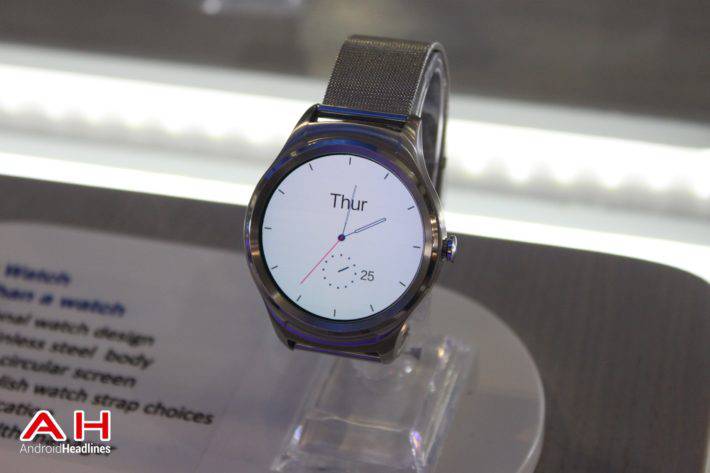 Android Wear didn't make any big announcements during this week's Mobile World Congress, despite people expecting as much. That doesn't mean that smartwatches and wearables weren't represented on the show floor or in numerous announcements from the past week, though. In fact, Chinese manufacturer Haier had a fancy new smartwatch to announce and show off during this year's Mobile World Congress. Somewhat surprisingly, the device isn't running Android Wear, but even more surprising than that is the fact that it isn't running Tencent OS, either. Tencent OS is featured in other interesting watches such as ZTE's Axon Watch, and is often considered the Chinese parallel to Android Wear. Instead, it appeared to be running some sort of version of full Android 5.1 Lollipop.

The device was announced earlier this week with a fully-circular 1.4-inch display with a 400 x 400 resolution, IP56 water and dust-resistance and an impress 1GB of RAM and 8GB of storage. Most of these specs put the Haier watch above the majority of Android Wear smartwatches out there, but it doesn't mean the Haier Watch is all that good. On the show floor, we found the software to be a little unfinished, and there's little in the way of eye-catching features or design here. There's certainly a little Huawei Watch about the overall look and feel, but it's heavy and a little bulky, too.

Running Android 5.1 does make this something of an oddity, and Haier have even said that this will be able to run the Google Play Store and download apps from the same place as your phone would, but right now the software is a little rough around the edges. There's no word on whether or not this will be available outside of China, but we hope that Haier will at least consider launching the device in North America and across Europe. For now though, the Haier Watch remains just one more oddity that's been found roaming the halls of yet another trade show. The likelihood of the Chinese brand becoming a powerhouse in the wearable market seems unlikely, but more surprising things have happened in the past.