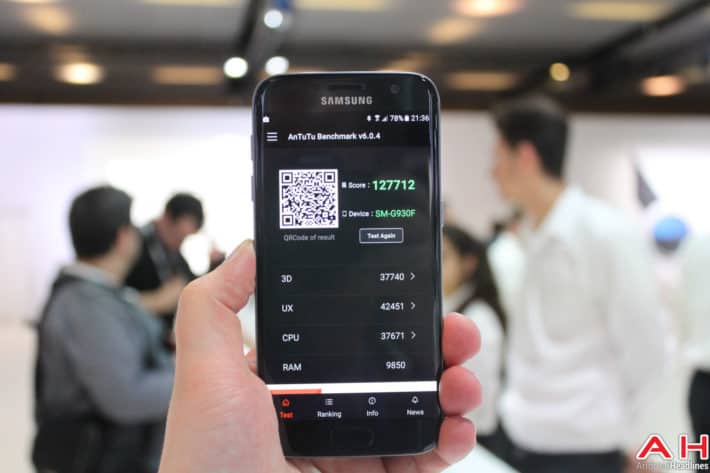 Benchmarks are a fun sport, showing relative performance based on standardized tests that are designed to help customers decide which device is ultimately the best performer of the pack.  We’ve already seen the Snapdragon 820 variant of the Galaxy S7 get benchmarked in a handful of leaked tests, and while the validity of these are always up in the air we’re here to bring you some truly valid benchmarks.  These were done on the Exynos 8890 variant of the Galaxy S7, which features Samsung’s own in-house processor for certain markets around the world.  Samsung changes out the processing package depending on a number of factors and regional availability, and while all Galaxy S6 models featured Samsung’s Exynos processors, the Galaxy S7 goes back to a split SKU.

You’ll find the same Exynos 8890 system-on-a-chip (SoC) inside both the Galaxy S7 and Galaxy S7 Edge if you live in most European countries, some Asian countries and others throughout the world, and that’s what we were able to get our hands on at Mobile World Congress this year.  What’s present here is an octa-core CPU made up of a 2.6GHz quad-core and a 1.6GHz quad-core processor working in tandem.  Comparing a few numbers on GFXBench 4.0 we see the Galaxy S7 handily beating the S6 in every test by almost 150%, a performance difference that’s sure to raise more than a few eyebrows.  In real life performance looking at the Tesselation test, for example, the Galaxy S6 gets 20.8 frames per second (FPS) while the Galaxy S7 gets a whopping 32FPS.  Things will be even more impressive when we get some more things running the new Vulkan 3D APIs as well. 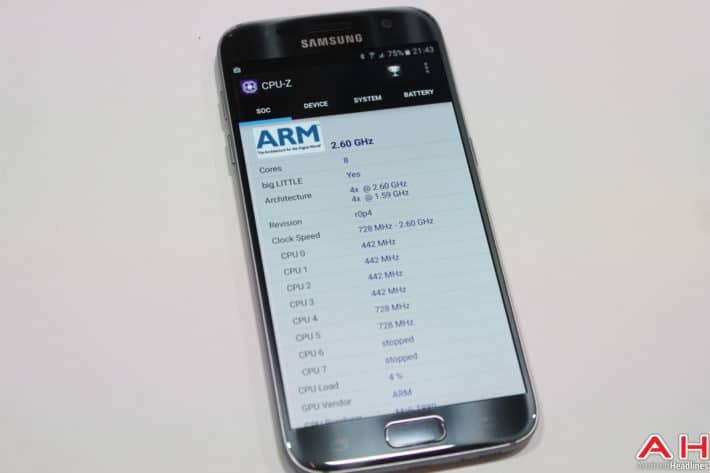 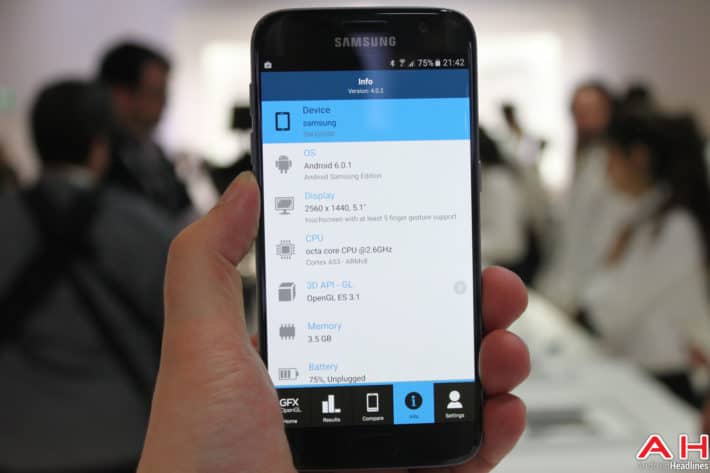 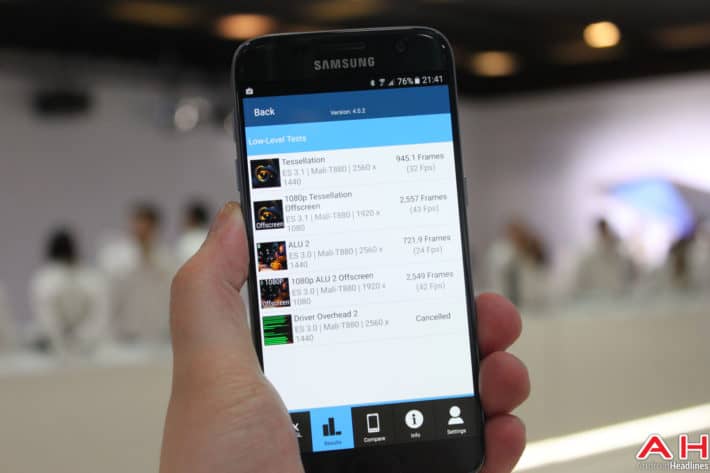 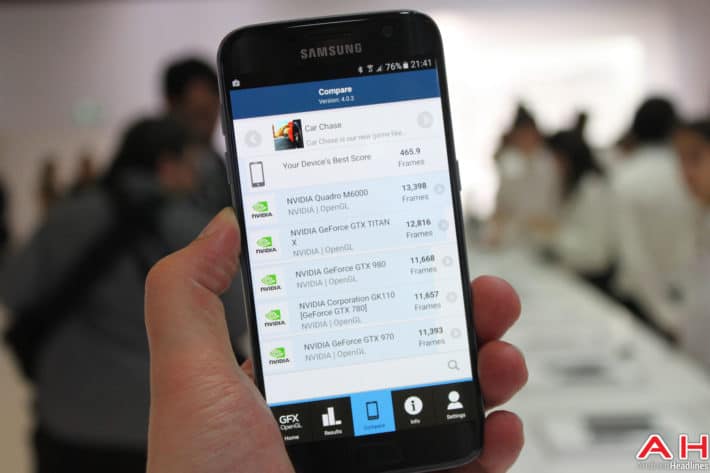 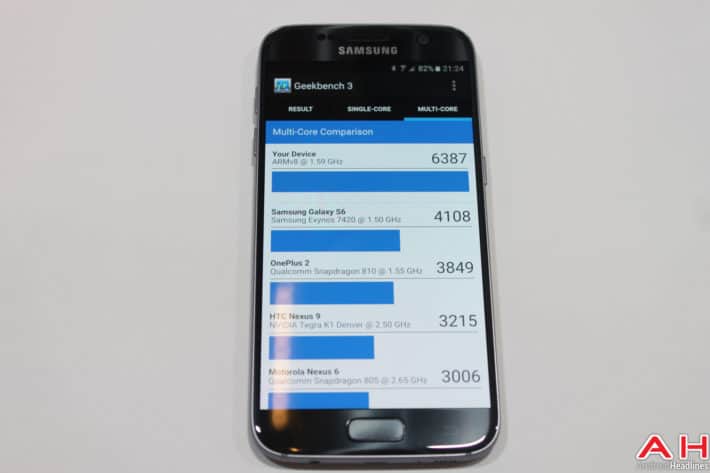 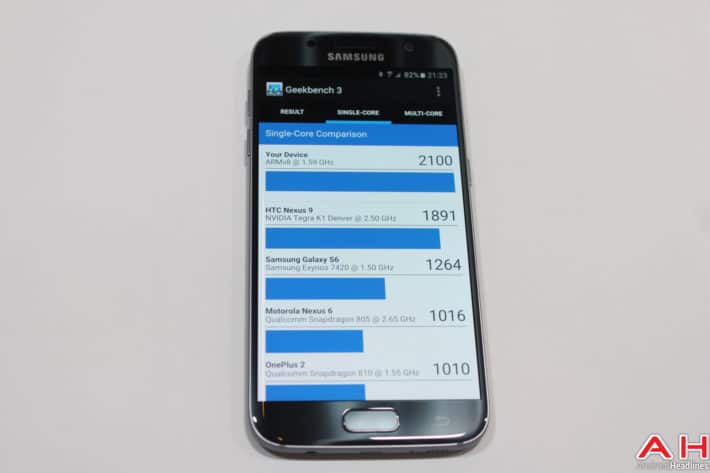 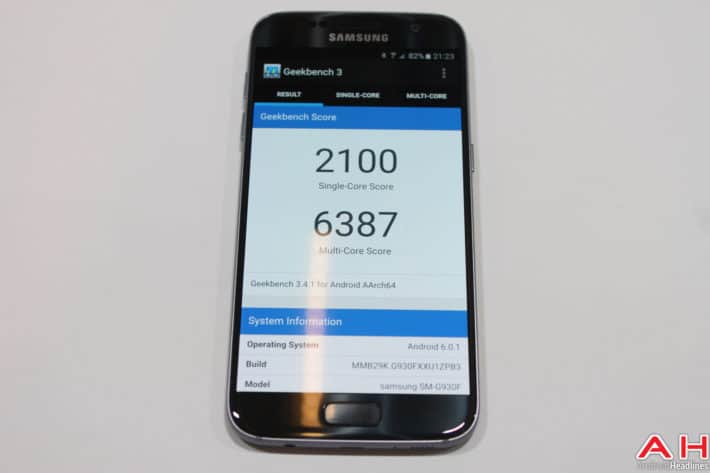 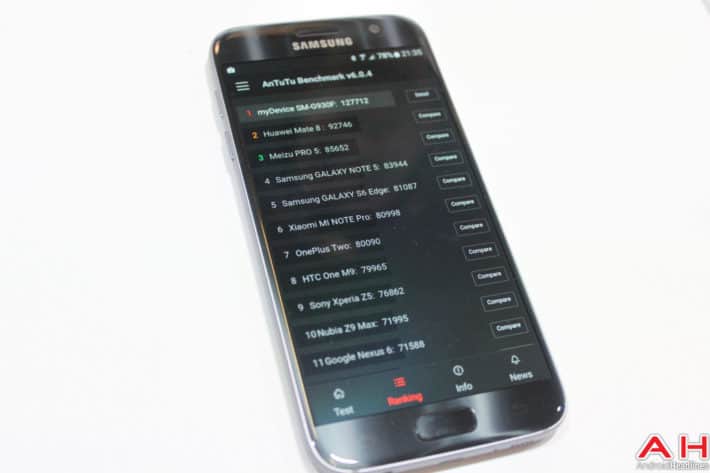 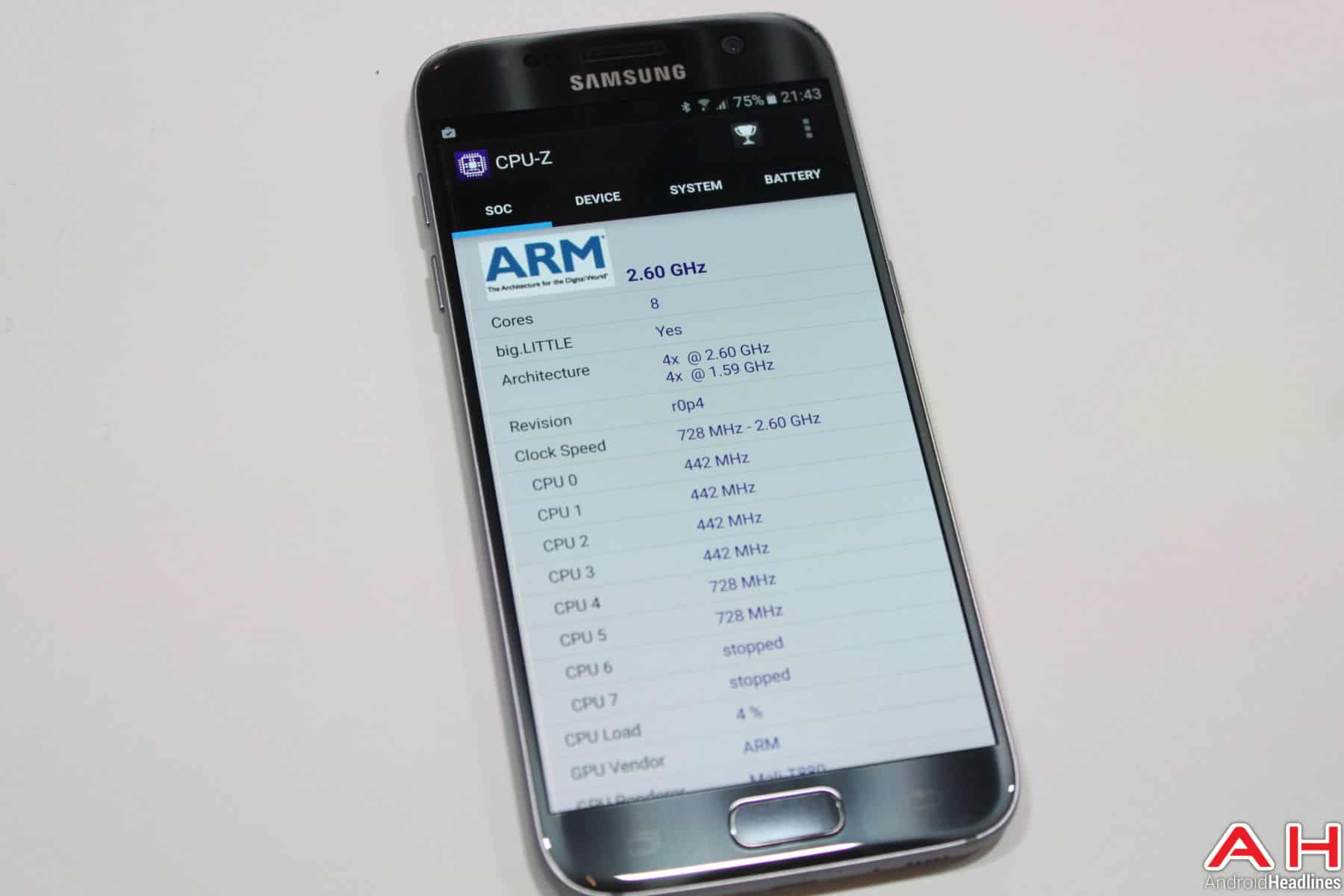 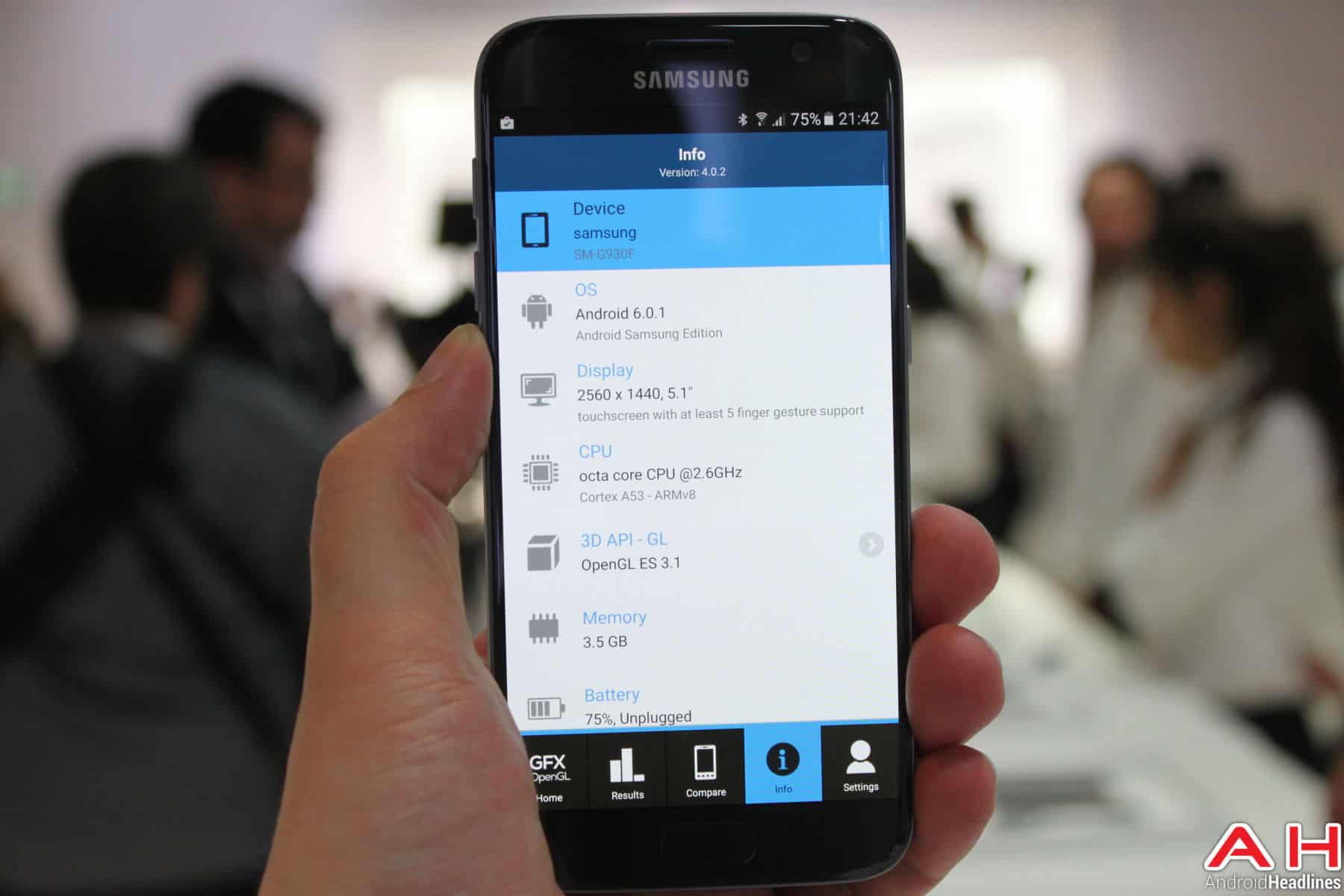 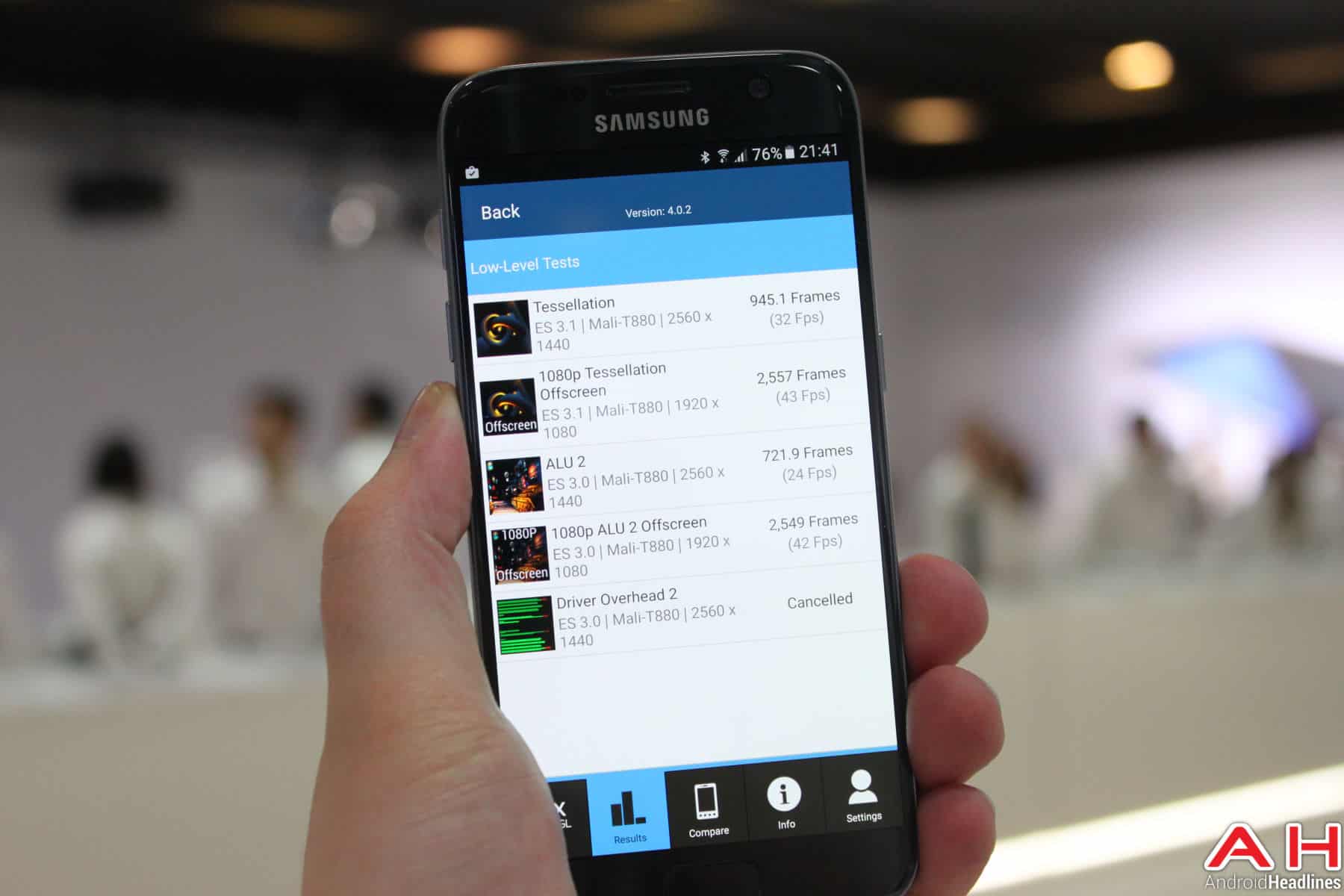 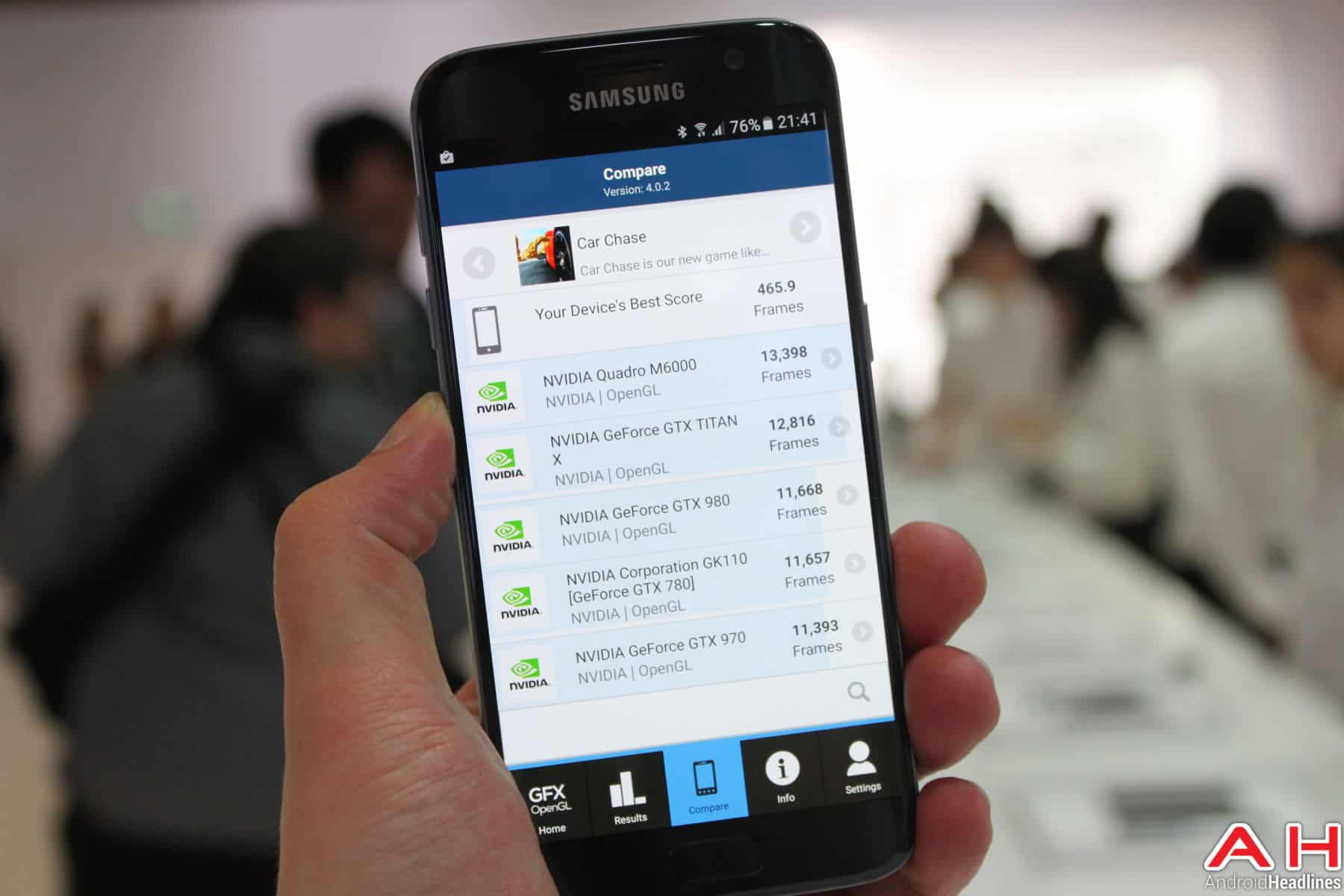 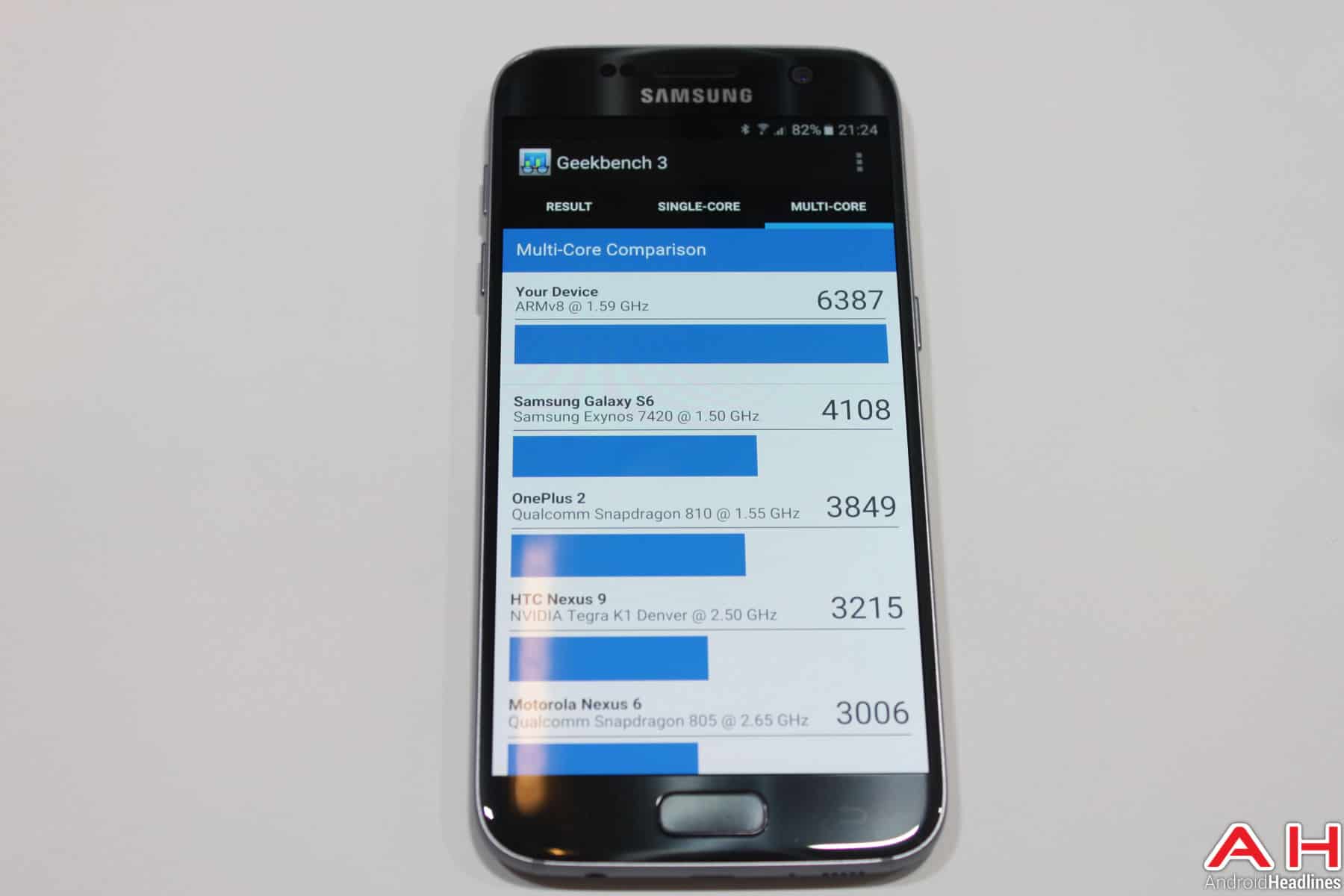 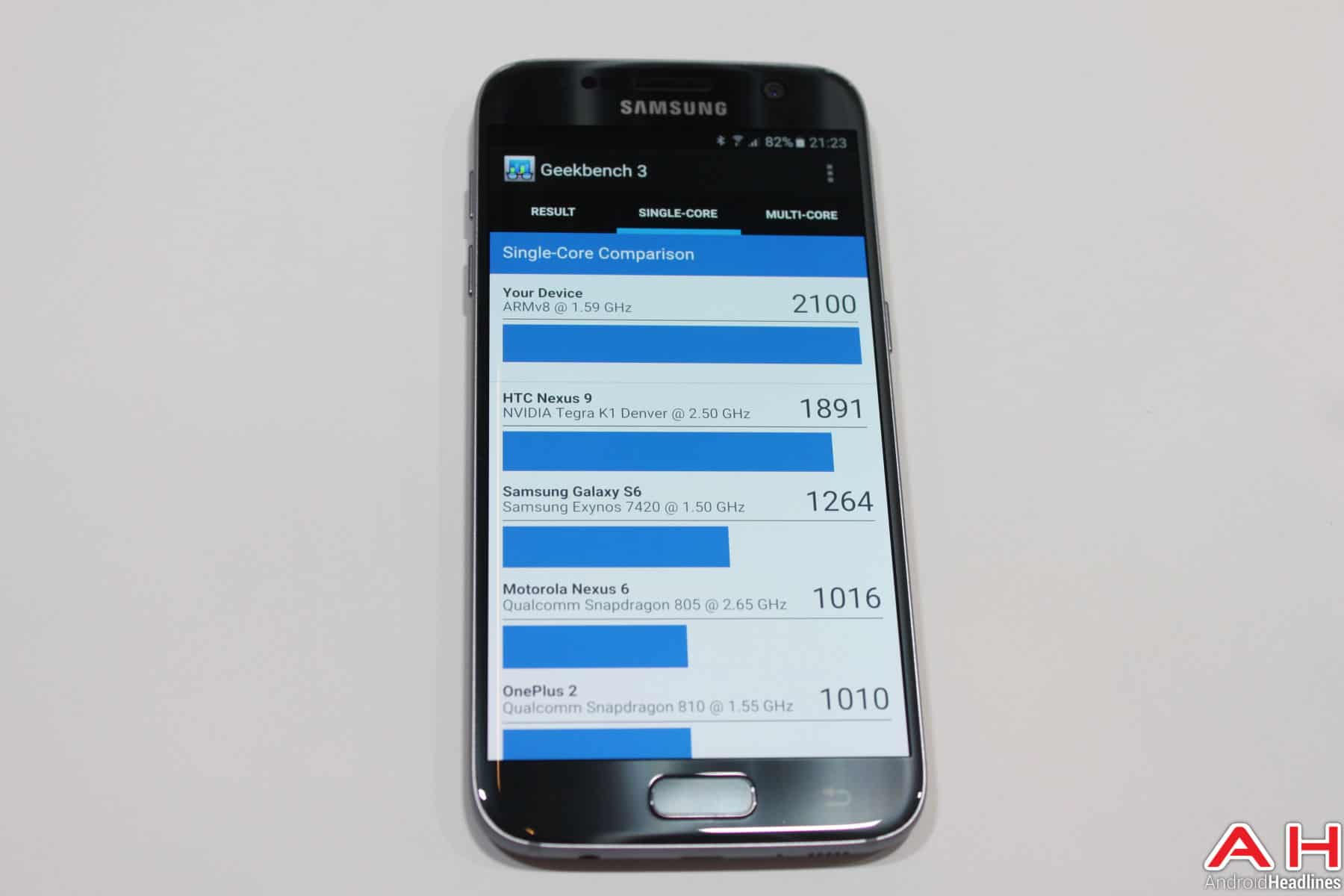 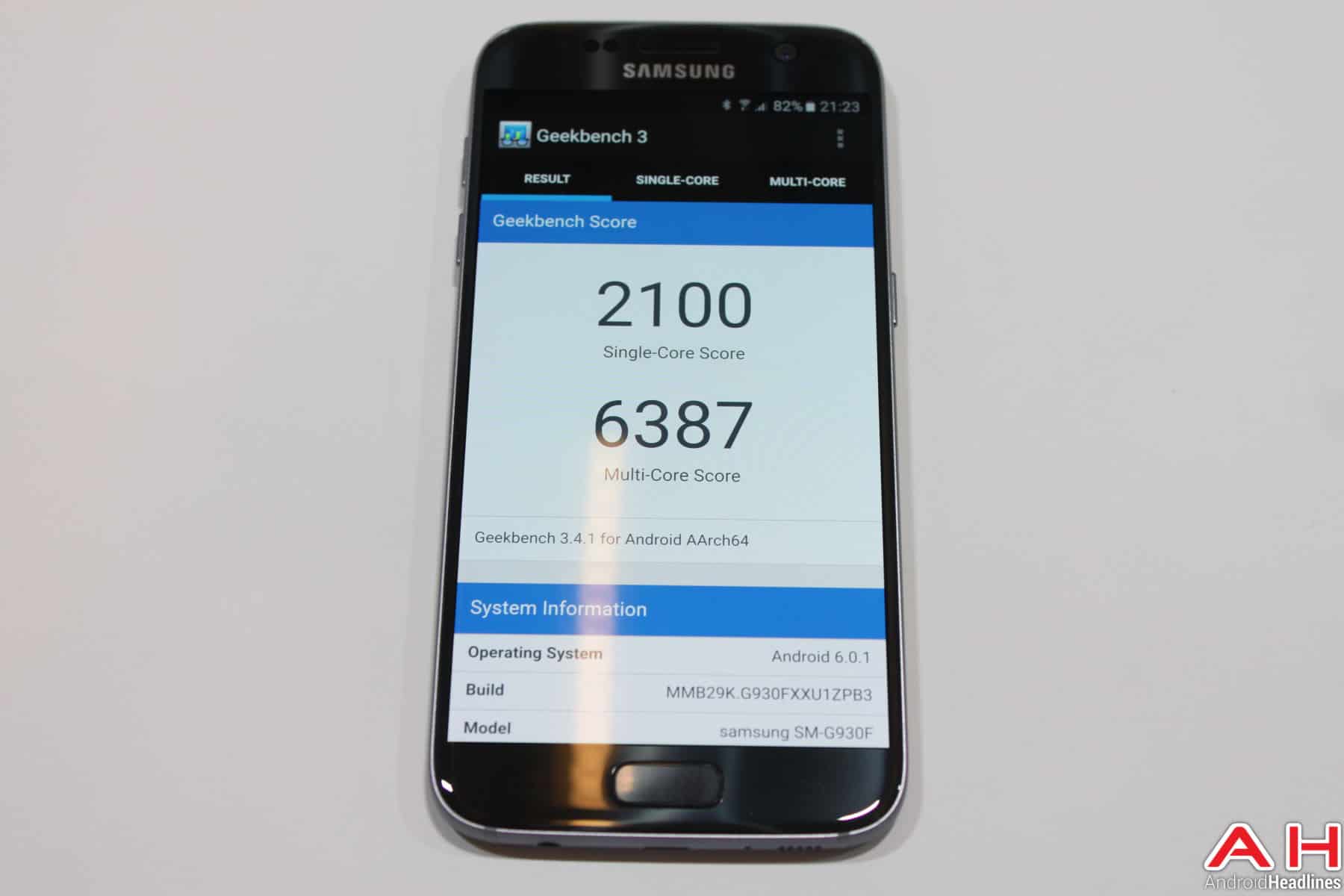 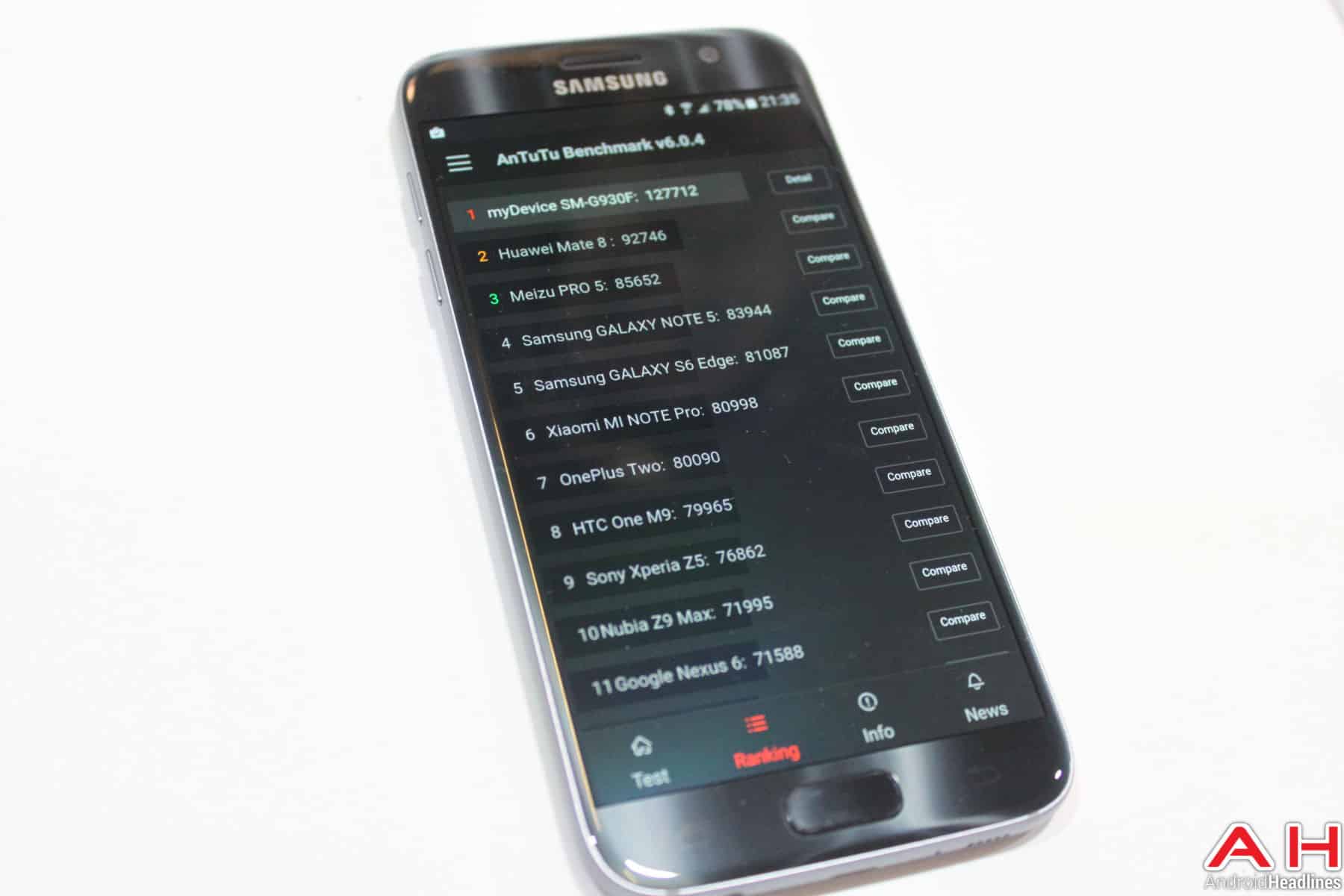