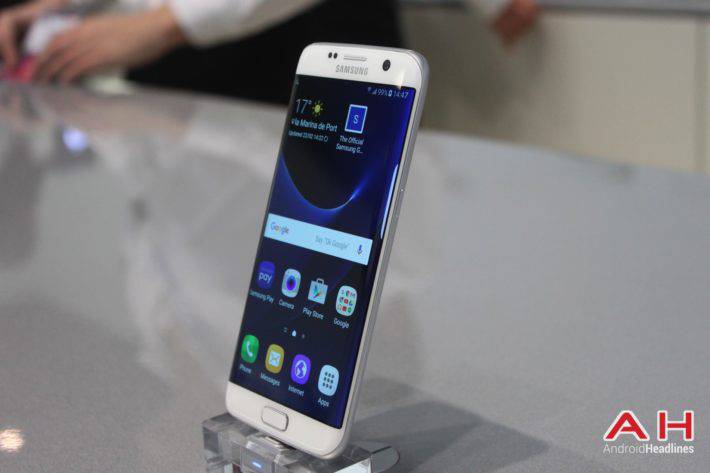 One of the most anticipated smartphones of the year has just been announced by Samsung during an event in Barcelona, during the week of Mobile World Congress 2016. The Galaxy S7 Edge has been a device some have been looking forward to for months, and while it doesn't seem to be a radical departure from last year's Galaxy S6 Edge, it definitely has a little more to offer than the Galaxy S7. We've been covering all sorts of news regarding the new launches today, and those looking to catch up can read all about the Galaxy S7 Edge's specs here. For now though, let's take a look at the actual hardware of the device itself.

The Galaxy S7 Edge comes closer to the Galaxy S6 Edge+ from last year in terms of size, featuring a 5.5-inch Quad HD Super AMOLED display. Crucially however, Samsung have packed in a sizeable 3,600 mAh battery, ensuring this larger display doesn't reduce the overall uptime of the device. There are some other subtle changes around the back of the device, with Samsung giving it a pair of curves around the back of the device and further-reducing the camera bump, too. Typically with Samsung devices, the Super AMOLED display here looks great, and the edge now looks a lot more integrated into the overall panel and doesn't feel quite so strange in the hand as last year's model had a tendency to. There's an always-on display mode here as well, making the Galaxy S7 Edge one of the most flexible devices Samsung has ever launched.

On the inside of the Galaxy S7 Edge is a speedy 64-bit octa-core processor, fast-charging, expandable storage, and there's an impressive 4GB of RAM here. In the short time we had with the device, we were impressed with the overall performance, and it does appear as though Samsung have further cleaned up TouchWiz, giving users a familiar experience that's simpler to use and more immediate in use. There's a full gallery below of the Galaxy S7 Edge –  including a few side-by-sides of the Galaxy S7 and the Galaxy S7 Edge – from the show floor during their event, and we'll hopefully be able to add more images later on in the week.