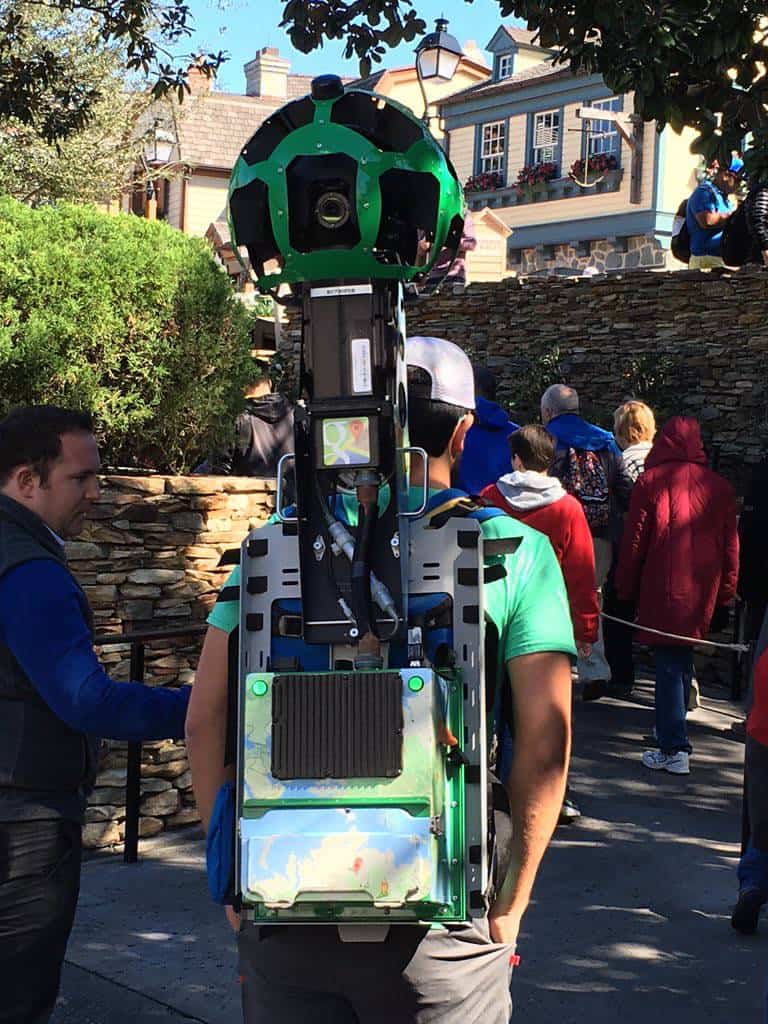 Google's Street View was once an exclusive feature to Google Maps, but last year Google ended up giving it a standalone application where users could view all sorts of  cool pictures from other users as well as see complete views of beautiful landscapes and many other locations. Just at the end of last month, Google added the ability for people to see and explore Mont Blanc, and just last week they added the ability to explore 40 different national parks. Now, it appears that Google may be looking to let users explore a park of more magical nature, one that has been delighting families and kids for years.

According to a picture snapped by an attendee at Disney World this week, it appears that the Google Street View team has been wandering around the park capturing imagery using their special camera equipment and rig. This week's appearance wasn't the first time the Google Street View rig was spotted taking a stroll around the park though, as multiple users have reported seeing a Google employee walking around with the camera rig on their back. While this likely suggests that Google Street View will at some point allow users to explore sections of the Disney amusement park, to what degree is still unknown.

For Google to be allowed to walk through the park and capture the images using the Street View equipment would mean that Disney and Google have some form of a partnership going on that perhaps brings Disney parks to anyone with the ability to access Street View from a device with an internet connection. Although it's obviously not quite the same as being there in person, it could offer up a fun way for those who may not be able to visit the park physically to see things from a perspective they may never get, or at least not for some time. Whether or not Google decides to complete the same coverage of image capturing at other Disney parks in places like Disney Land and California Adventure is unknown, but if they complete all the Disney parks in Orlando there is a chance they may decide to expand this project to other locations as well.