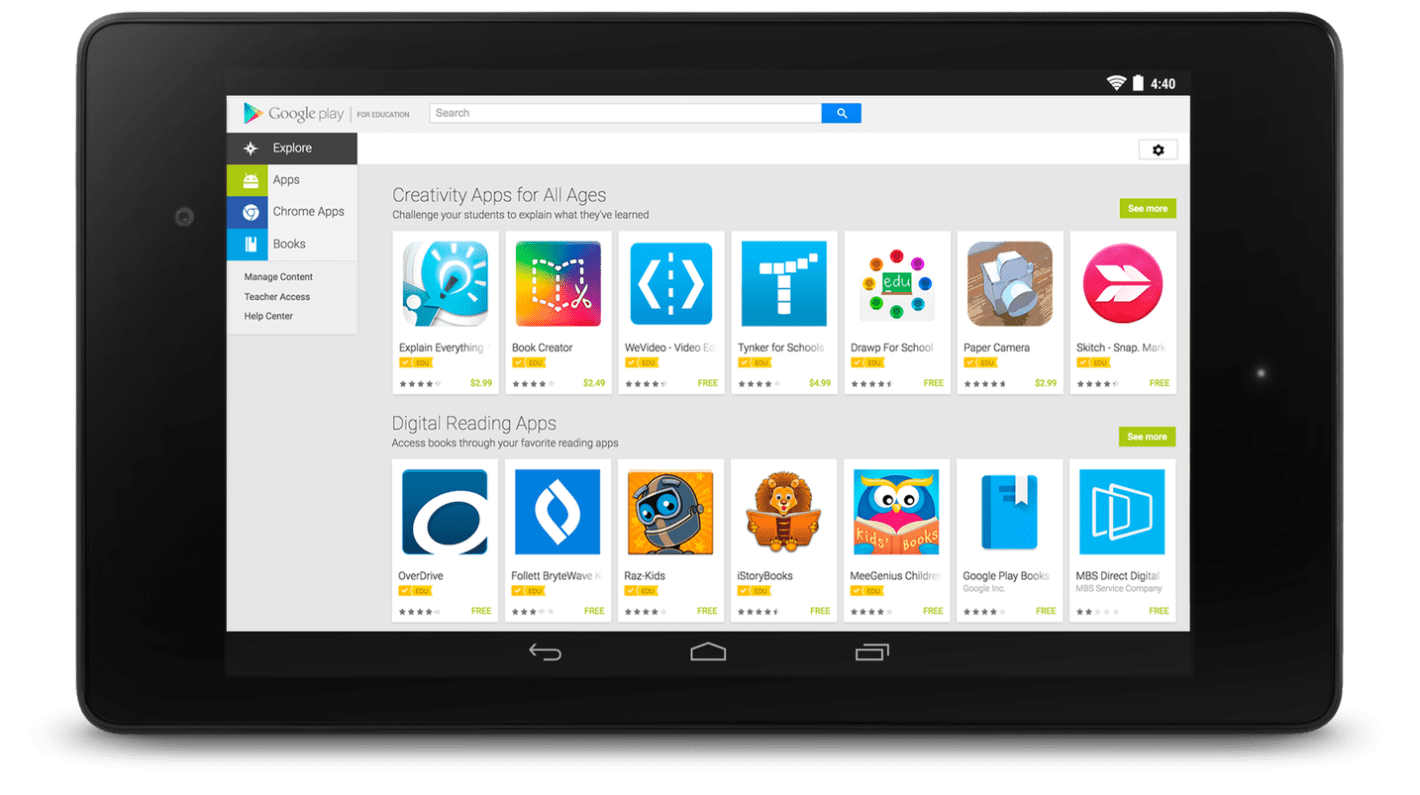 Relatively often, Google announces new services, apps and features and while this is good for the consumer, this does often come at the expense of older features and services. A prime example of this came a few days ago when Google confirmed that its latest Photos app has now essentially made Picasa obsolete, an announcement which confirmed the shuttering of the service over the next few months. That said, Picasa was a much older service and probably was nearing a more natural retirement anyway.

In contrast, Google's Play for Education program was only announced towards the end of 2013 and was an attempt to bring a more education-friendly version of the Play Store to classrooms. A move which was looking to benefit both classroom staff and students alike. The program which began in tablet form, quickly moved to offer support for Chromebooks and then spread to other regions, like in the UK. However, that seems to be the extent of the service as it is now being reported that Google is closing down to the Play for Education service for tablets.

According to the details, this will not be an imminent closure for those who already use the service and they will be able to continue to use the service, its tools and Play for Education content. This will continue to be the case for as long as their license and/or device(s) permits. However, the details note that Google will no longer be selling licenses to use the service following March 14th to partner tablet vendors. Interestingly, in spite of Play for Education moving to Chromebooks last year, it is Chromebooks which seems to be one of the contributing factors to the closure of the service with Google looking to focus more on the Chromebook platform for classrooms going forward. Of course, this will not be the sole fault of Chromebooks, as this was a feature which was primarily designed for tablet use and with the decline in adoption of tablets, the suspending of this service does seem to be more one based on the current status of the tablet market than anything else. Either way, if you already do make use of the service, then you will be able to continue to, while your devices remain supported.