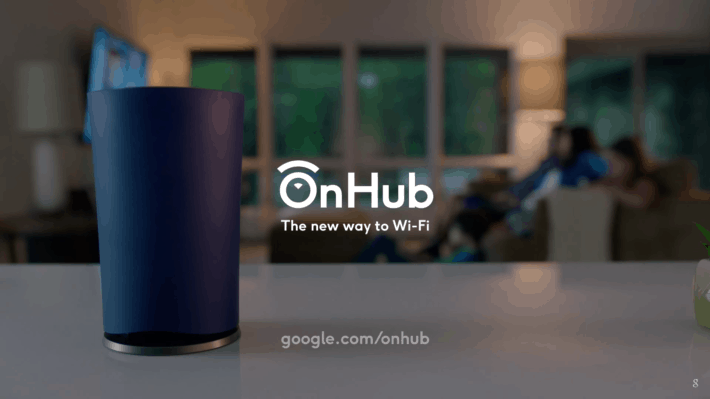 Google has built a router, of course that's not new. The OnHub has been out for a few months now, and they actually have two models available now. One is built by TP-Link and the other by ASUS. Both of whom definitely know how to build a great router. The OnHub is a sleek and elegant looking router that has 13 antennas inside which can extend the range of your network. Definitely important for those that live in larger apartments or houses. The Google OnHub is around $199, and is a breeze to set up through Google's own app.

Since everything is done through the Google OnHub app, it's easy to add features to the router by simply updating the application in the Google Play Store. That's exactly what they did today, as well as pushing out a new firmware version. With today's update there are a couple of new and useful features that were added. One of which is the ability to name devices now. So instead of just seeing the MAC address of a particular device, you can now edit the name and call it whatever you'd like. Maybe "freeloader" for your neighbor that keeps using your network.

Another feature that was added to the app is the ability to create a guest WiFi network. This guest network mode is a bit different than those on other routers. Within the guest network you can decide what gadgets on the network can be accessed by those on the guest network. This includes things like your Chromecast, NVIDIA SHIELD TV, Chromecast Audio, and such. Making it easy to allow people to use your WiFi, without giving out your password. Pretty easy to do.

The update hasn't rolled out just yet, but for those wondering the firmware should be 7647.72.0 or higher on those OnHub routers that have been updated. It's a great router to pick up, and also super simple to set up. Which can always be a big hassle for those that have just bought a new router. If you haven't already, we'd suggest picking up the Google OnHub, as it's pretty amazing and will improve your WiFi speeds.

Google OnHub
Advertisement
Trusted By Millions
Independent, Expert Android News You Can Trust, Since 2010
Publishing More Android Than Anyone Else
7
Today
126
This Week
381
This Month
5125
This Year
106600
All Time
Advertisement