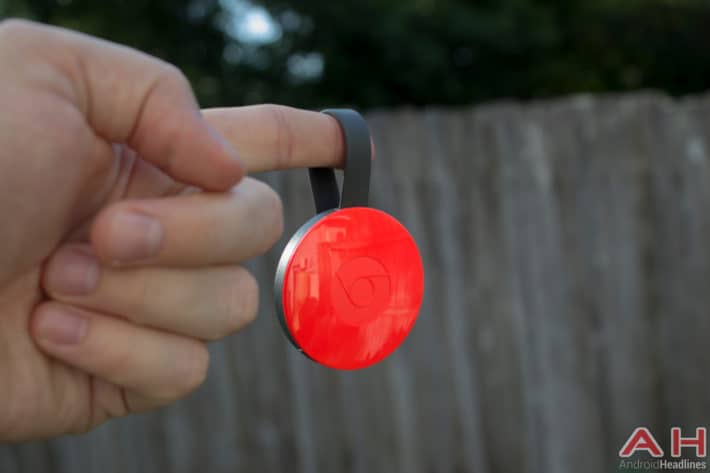 Through a post on its official Twitter account, Google has announced that anybody buying the new Chromecast media streaming dongle, or indeed, the Chromecast Audio, will get a $10 credit on the Google Play Store. The money can then be redeemed by buying apps, games, movies and other digital media from Google Play. The offer is valid for exactly three weeks starting today, meaning, Chromecast purchases made between the 3rd to the 24th of this month will be eligible for the credit. The offer is applicable only for US residents who choose to activate (or have already activated) a Google Payment account. According to the terms of the deal, the credit needs to be added to a Google Payment account by May 31st, and redeemed on the Play Store by the end of this year.

Google, of course, keeps introducing new schemes from time to time, and one of the interesting promotional deals that's currently up for grabs is a $50 credit towards a Huawei Watch for those who choose to buy the Nexus 6P on the Play Store. This particular offer went live on the 12th of January, and is applicable for all US and Canadian residents. The credit in this case must be redeemed at the latest by the 1st of September this year. Google also offers many of its apps and games at reduced costs from time to time, and just a couple of weeks back, the search giant was offering up to fifty percent discount on a number of games on Google Play. Last month, the company was also offering a $20 Play Store credit to new Chromecast buyers.

For the uninitiated, Google launched its refreshed lineup of Chromecast dongles last September, having launched the original first-gen versions back in 2013. The second-generation of Google's ultra-affordable $35 devices use an HDMI interface to plug into TV sets, and come in a number of colors, including Lemonade, Coral and Black. The devices also support dual-band Wi-Fi 802.11 b/g/n/ac and according to its product page, is compatible with a number of mobile and desktop operating platforms, including Android 4.1 Jelly Bean and above, Windows 7 and above, iOS 7 and above, Mac OS X Lion (10.7) and above and also, Google's own Chrome OS.