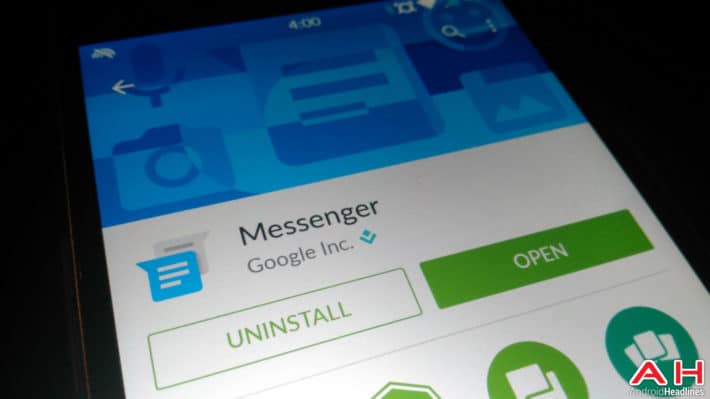 It's Mobile World Congress across the pond in Europe, and we've already seen a number of big announcements come out of the show already. Sony got the ball rolling as soon as the show floor was opened with a new line of smartphones and of course the weekend was dominated by LG and Samsung, announcing the LG G5 and Galaxy S7. A major event like Mobile World Congress isn't just about the smartphones and the hardware however, as there are often important announcements regarding the future of communications and such. One such area of improvement appears to be messaging, while instant messaging apps such as WhatsApp and LINE offer a wide array of features and better connectivity, SMS has stuck firmly in the past, until today that is.

The GSM Association are announcing today that Google will be adding Rich Communication Services (or RCS) support into Android. RCS is often known as joyn, and has been around since 2012, designed to enhance messaging functions on devices at a network and technology level, rather than just at the app level, like WhatsApp. RCS needs to be supported by all networks in order to be a success, and this is what today's announcement represents. Google is joining over 20 different carriers all over the world to support RCS going forward. These networks include the likes of Sprint, TELSTRA and Vodafone to name but a few. Alex Sinclair, Chief Technology Officer for the GSMA said that "Google's contributions will provide operators a new opportunity for a rich, consistent implementation across Android devices and offer a real step change in messaging experiences for consumers worldwide".

Today's announcement marks the formation of a "universal RCS profile" agreed by a total of 47 operators the world over, Google and the GSMA. This means that there's now a standard – agreed upon by the majority of networks, globally – to implement and use RCS. In turn, this means that networks and device manufacturers can start to develop software and backend implementation that will allow RCS to really take over in the near future. Just when RCS becomes a default feature for most Android smartphones is unclear, but this announcement Should certainly grease the wheels in terms of dragging network messaging into the 21st Century.