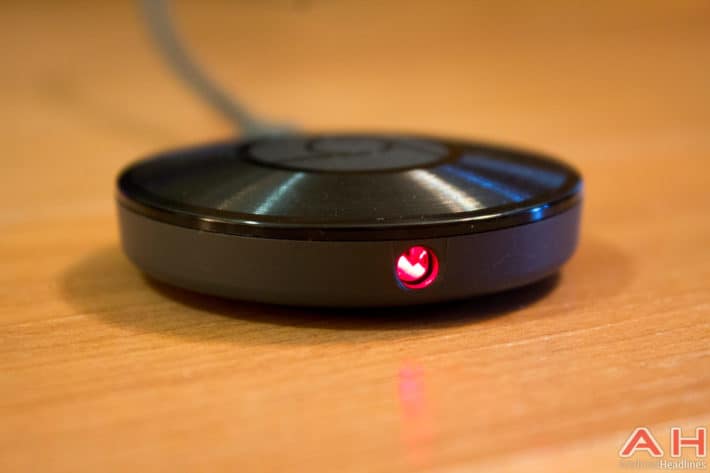 The Chromecast Audio streaming device has been commercially available for over four months now and the general consensus is that it's a pretty neat $35 gadget. For everyone who unexpectedly got their hands on one and is not exactly sure how to get the most out of it and anyone who's been wondering how Chromecast audio casting works, Google released a short but informative video covering precisely this topic just yesterday. The succinct clip explains how to cast songs from a phone or a tablet directly to one's speaker and is only a little over a minute long so it'll probably take you longer to unbox Chromecast Audio than to learn how to use it.

As for what it explains, the procedure is pretty straightforward. Once you have your Chromecast Audio, connect it to Wi-Fi, launch any one of the so-called Cast apps on your smartphone or a tablet, choose a song, playlist, or an entire radio station, and tap the big "Cast" button on the screen. That's pretty much the gist of it, so you can even skip the video-watching part if you're not inclined to see some professional actors do the actions described above in 1080p. Other than that, the video also shows how anyone connected to Chromecast Audio's Wi-Fi network can also stream his or her own songs to a speaker without any further pairing required though that'll probably be more of a curse than a blessing for people with friends with obnoxious music tastes. Apart from the casting ability, Chromecast Audio and related apps also turn your portable device into a remote control for a specific speaker the casting gadget is connected to, so the ability to do stuff like adjusting volume, browsing songs, stations, playlists, and skipping tracks is a given. Naturally, none of this requires you to give up your core phone or tablet functionality, so you can still use your device as you usually do without interrupting the music.

Chromecast Audio currently officially supports over a dozen of big-name Cast apps like Spotify, Pandora, Google Play Music, and TuneIn Radio, as well as a whole lot of smaller, independently developed ones. The device is a part of the same family which includes Google Chromecast and Android TV. While it works with a wide array of speakers, not all of them are supported, so it's recommended you educate yourself regarding supported devices before making this $35 investment.