The day has finally arrived and on Sunday Samsung announced their highly-anticipated flagship smartphones for the first quarter of 2016. The Galaxy S7 and S7 Edge handsets have a lot to offer in visuals, specs, hardware and software features, and every day something new about these devices come out. One big issue high processing power devices encounter is the heat – the more power you have, the more heat it generates. In fact, overheating was one of the reasons Samsung ditched the Snapdragon 810 processor for last year’s Galaxy S6 but a (literally) cool feature on the newest flagships is present to help with this problem: liquid cooling, which is a more active cooling process that is helpful since you cannot put a fan inside a smartphone. The rumors about the feature started popping out by the end of last year, and it was finally confirmed with the devices’ release. The fact that there’s liquid circulating inside a smartphone makes a lot of people curious to know exactly how it works, and a recent teardown by a Russian technology blog that managed to put their hands on a brand new Galaxy S7 gives us more details about that.

The main sources of heat are the CPU (processor) and GPU (graphics processor, for gaming), and there’s a flat copper piping around the combo, with a small amount of cooling liquid flowing inside. As the GPU heats up, the liquid will absorb some of it and distribute more evenly across the device’s body, avoiding overheating and all the problems associated with it, especially performance issues, freezing and reduced motherboard lifespan. Samsung is betting hard on gaming with the Galaxy S7 and the device is bundled with the new Vulkan Graphics API, an API based on the Unreal Engine 4 which allegedly gives a lot of good graphics with better performance – although real life tests are yet to show how well it performs. Additionally, the new Galaxy phones also come with a special gaming featured called Game Launcher that allows for the user to control power consumption and also reduces the number of notifications.

Other than the new cooling system, the teardown revealed a potential issue. The Galaxy S7 and S7 Edge are waterproof, but the only thing holding the phones’ back is a layer of watertight adhesive gluing, without any sealing rubber. If you don’t open your phone (and you shouldn’t) it would be ok, but the question here is if it will still be waterproof after you take it to an authorized repair shop to replace the battery, or if the adhesive glue will still hold things up if exposed to some heat for a prolonged period of time. As the devices reach the market, more tests will be performed and we will know for sure how the Galaxy S7 and S7 Edge behave in real life. 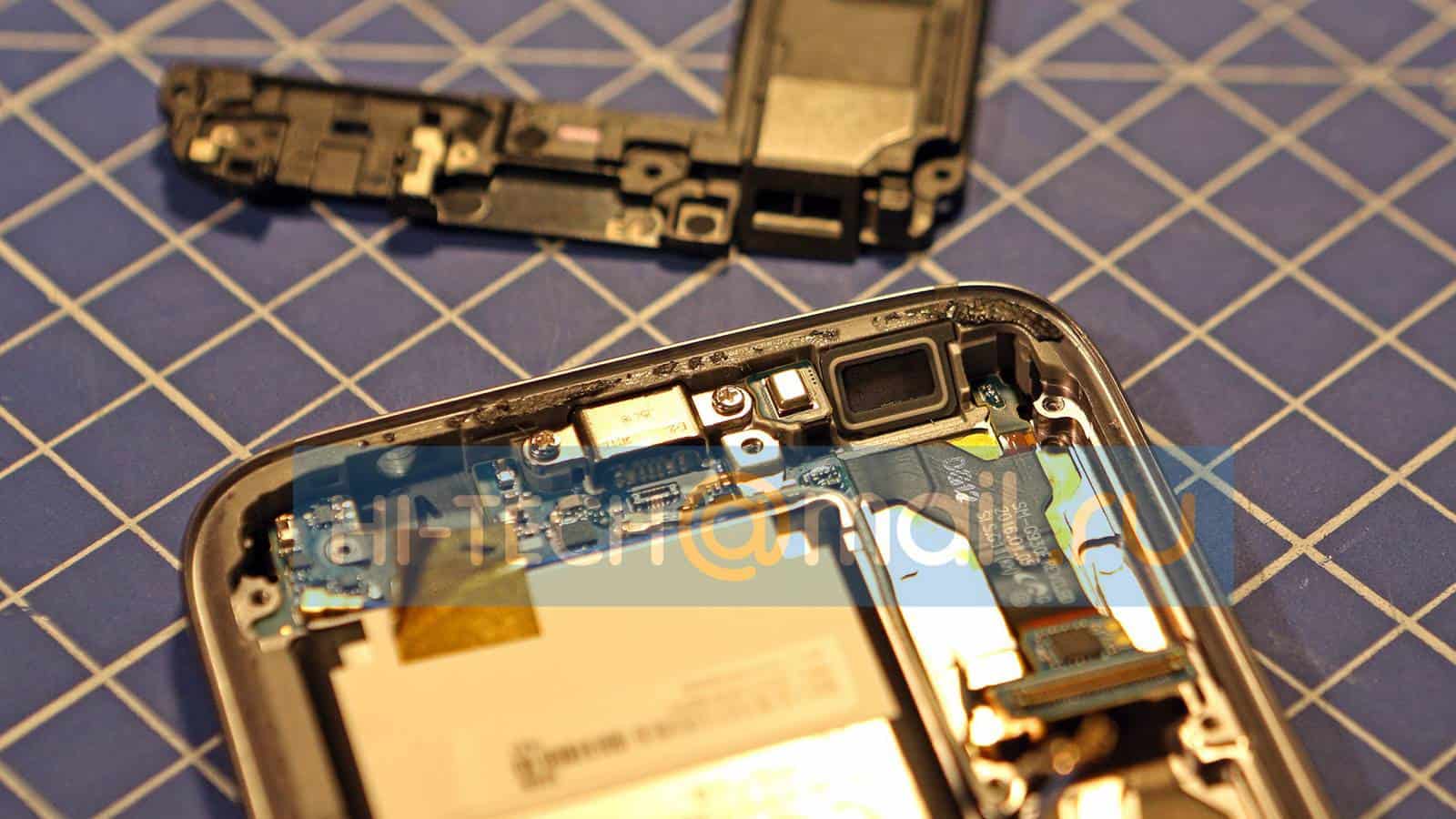